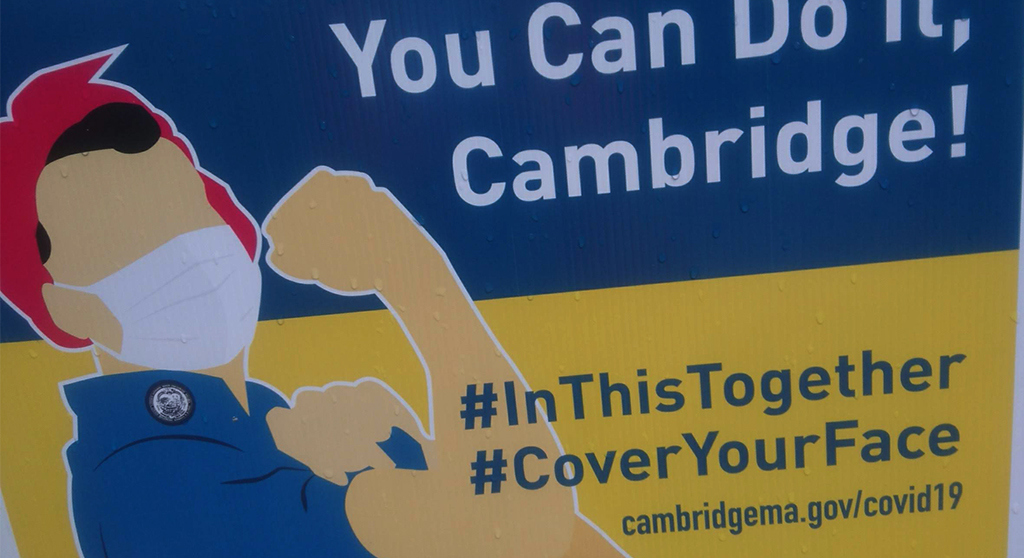 Faces can be uncovered in open air 6 feet from others, only until Sept. 23
By Marc Levy 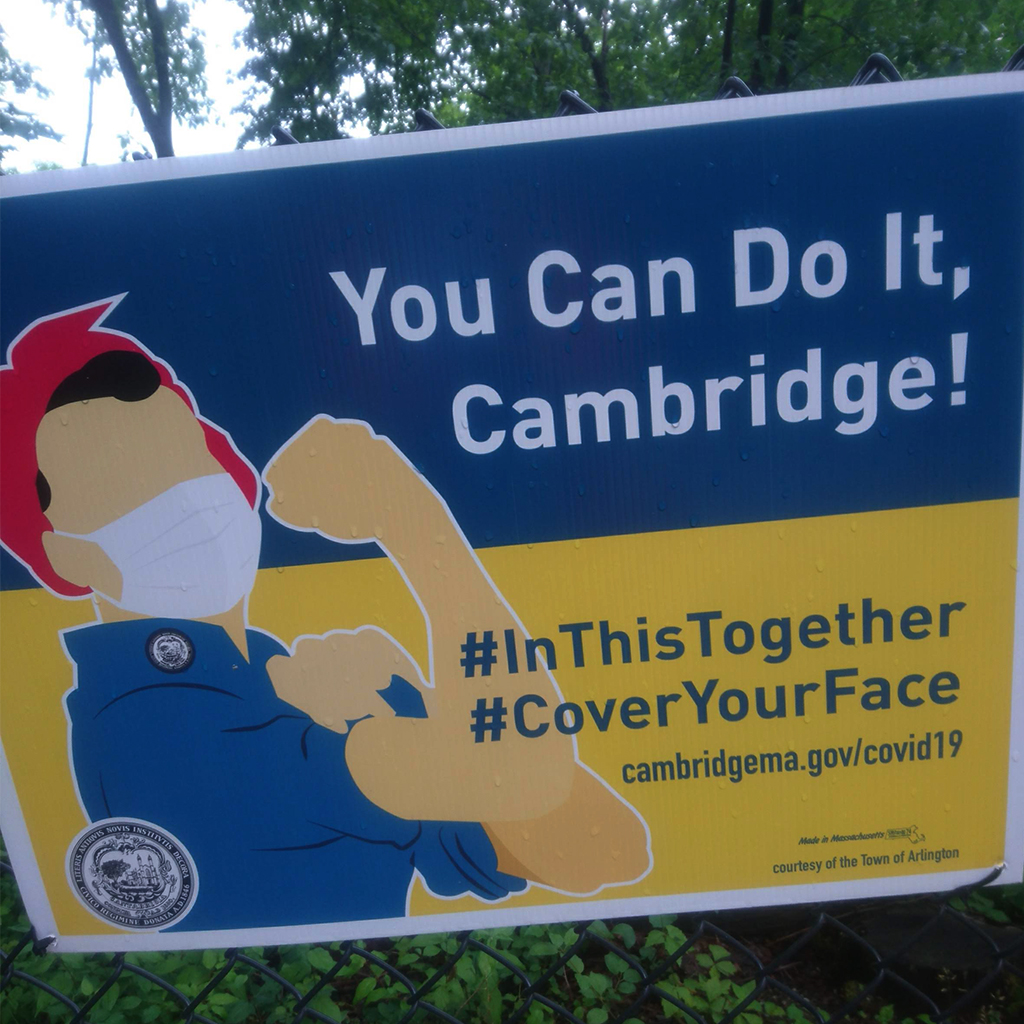 The “it” in “You Can Do it” changed as of last weekend in guidance about wearing masks against coronavirus infection. (Photo: Sue Reinert)

The city has temporarily relaxed its mask order, apparently for no other reason but to give residents a break during the summer. Until Sept. 23 – chosen because it’s the first day of fall – people can take off their masks outside if they can maintain the socially distant 6 feet of separation from others.

Speaking to the City Council on Monday, City Manager Louis A. DePasquale called the change a “slight revision,” and chief public health officer Claude Jacob said “the message is still asking residents to mask up.” But given the hot weather, he said, “we are giving folks the latitude” to not mask up when they aren’t close to others.

Or, as city spokesman Lee Gianetti said in an email: “Allowing people to temporarily remove masks while in public (only when they can socially distance by 6 feet) is a recognition that it can be challenging to wear masks in the heat for prolonged periods of time. We are trying to balance flexibility and maximizing compliance with people wearing masks.”

Jacob and DePasquale also said the change was needed to allow restaurant customers to take off their masks to eat as the city begins allowing dining outdoors.

The low-key announcement of the change, one of many listed Saturday as an update, took some councillors by surprise, particularly as city officials had insisted until now that Cambridge needed a stricter mask rule than Gov. Charlie Baker and many other communities have imposed. The state advisory has always given people the option of going maskless outdoors if they could maintain social distancing.

Several councillors pushed back against the new flexibility. They ranged from Dennis Carlone, who remarked mildly, “Anything that is vague causes problems,” to Tim Toomey, who said flatly: “I think it’s just sending a very wrong message, especially with the warmer weather and more and more people out there.”

Toomey also said the timing was wrong when infections are spiking in states that have reopened their economies. “We’ve been very fortunate,” he said, but “it only takes, you know, very little for another series [of rising infections] to take place.”

Councillor E. Denise Simmons, using one of her constituents as an example, warned of confusing messages. “I’m just concerned that [the constituent] doesn’t get the message,” she said. “And I’m also concerned that once I go into the restaurant with my mask on and take it off to eat, I forget to put it back on. And then the last thing is everybody doesn’t live in Cambridge. And so I’m concerned about people that come from outside our city, where they’re traveling where the virus is raging, and they come in our restaurant and expose our citizens.”

As for not being able to eat with a mask on, Simmons said: “I’m not with you. I’d rather you know, put a little hole in your mask [and] eat through it.”

Not showing their work

Neither DePasquale nor Jacob gave any scientific basis for the change, except to say that Covid-19 transmission is less likely outdoors than indoors – which was true before the change, when masks were required outdoors at all times. Jacob did say the change came after three weeks of discussion; he did not mention whether it was among the city’s scientific advisory panel of experts.

The council adopted an order Monday requesting that councillors receive minutes of the the advisory panel’s weekly meetings. Some people who asked for the minutes under the state’s public records law got only a redacted list of agendas, councillor Quinton Zondervan said.

The redactions are to “protect the privacy of an individual,” public records access officer Seah Levy has said, without explanation, as well as to “protect policy decisions being developed by an agency”; “protect information relating to cybersecurity”; and avoid revealing the personal email addresses of government employees.