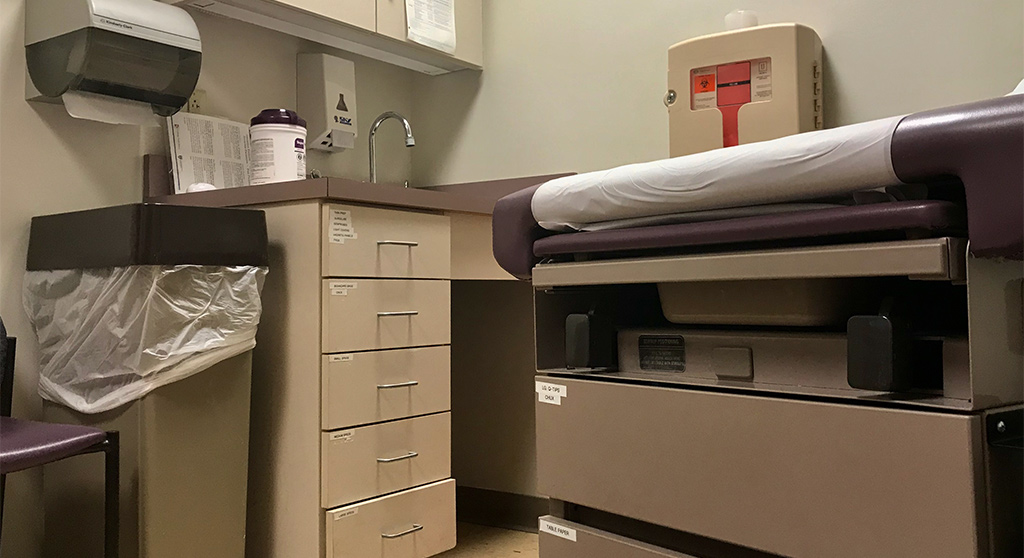 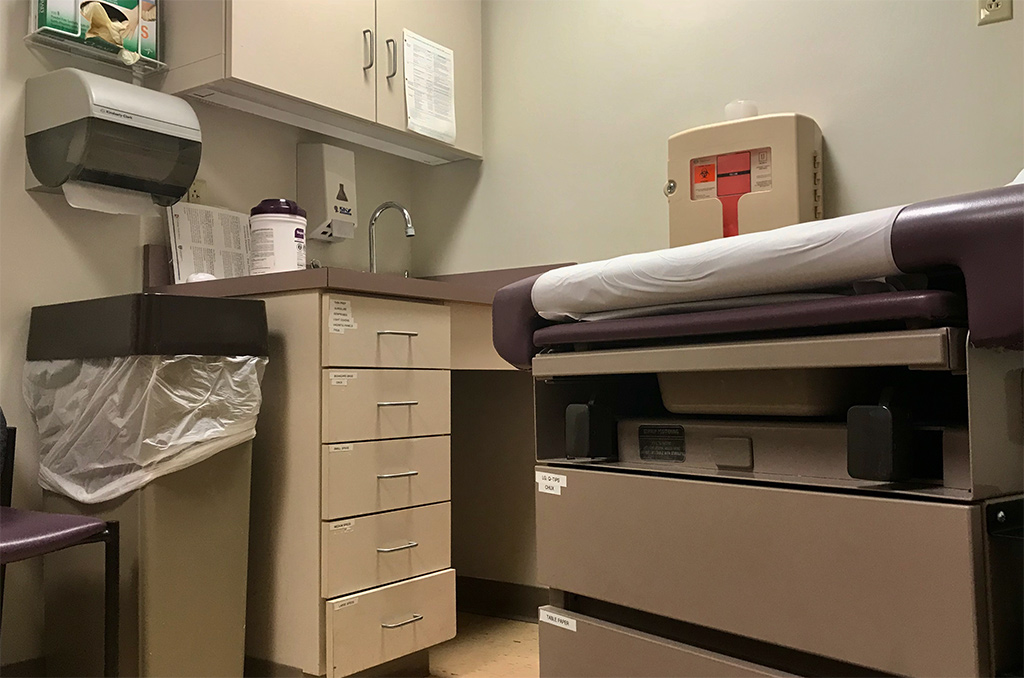 An exam room at Cambridge Health Alliance’s Cambridge Hospital. The coronavirus pandemic has contributed to a $42.8 million operating loss for the system this year, according to a trustee report. (Photo: Marc Levy)

Battered by the pandemic like most health care systems, the Cambridge Health Alliance expects to lose $41.3 million on health care operations in the 2021 fiscal year but will eke out a small overall margin of $1.3 million primarily with the help of aid from the city and federal government. The financial impact of the virus is expected to linger into 2022.

Members of the finance committee of the CHA board of trustees voted Tuesday to recommend a 2021 budget with those figures to the full board. The fiscal year ends next June 30. The Alliance earlier coped with the uncertainty of pandemic financial planning by adopting a budget for the first quarter of the fiscal year and delaying a complete budget until now.

At that time, CHA expected to lose $17 million on health care operations in the 2020 fiscal year that just ended June 30. Now the financial picture for 2020 is more gloomy: a $42.8 million operating loss, with an overall negative margin of $2.2 million after government assistance.

“This is probably the most difficult budget that has ever been put together,” said committee chairman Louis A. DePasquale, also Cambridge’s city manager, referring to the plan for the 2021 fiscal year. He praised chief financial officer Jill Batty and her staff for producing it.

Several big uncertainties challenge the predictions. For one, the budget doesn’t include any assumptions about another Covid-19 surge, although CHA leaders say the health care system is planning for one. Another risk concerns $69.2 million that it received from the federal government under the Cares Act to help health care organizations deal with the cost of the pandemic.

Federal officials still haven’t issued detailed guidance about what expenses qualify to be reimbursed by the funds, Batty said. “We’ve estimated what we think is an appropriate amount [to claim],” she told the committee, but managers still aren’t sure.

Alliance leaders also are concerned about new attacks on a drug subsidy program that brings substantial revenue to CHA and other safety-net hospitals that serve mostly low-income patients, as well as helping patients. Under the program, known as 340B for the rule that established it, drug makers must sell medications to safety-net hospitals at a discount; the hospitals can recover the full price when their outpatient pharmacies fill prescriptions for the drugs and bill insurers, including Medicare.

Alliance officials haven’t said how much CHA earns from the program, but the health care system has expanded its outpatient pharmacies; over nine months in the 2018 fiscal year, the pharmacies as a whole brought in $13.3 million in unexpected revenue.

Now, drug manufacturers have mounted an assault on 340B. One says it will refuse to provide a discount price for drugs sold at retail pharmacies that have an agreement with a 340B hospital to offer medications under the program. And a federal appeals court ruled in August that Medicare could reduce reimbursement to 340B hospitals for drugs administered in a doctor’s office.

Another worry isn’t about money, but staff. Employees worked long hours at high intensity for months “because they’re dedicated” and wanted to support their colleagues, chief human resources officer Joy Curtis said. Now, in a lull, “at the end they’ll say I’ve had enough,” she said. “People are tired and overwhelmed and they have their child care [issues]. We may have a rush of retirements.”

The Alliance didn’t lay off workers during the pandemic and doesn’t expect to cut staff, the budget document says. The financial plan anticipates that the number of patients treated at CHA’s two hospitals in Cambridge and Everett will recover to slightly above pre-pandemic levels, led by inpatient psychiatry. But in the first two months of the 2021 fiscal year, July and August, psychiatric inpatient volume lagged pre-pandemic volume for the same period in 2019 by 24 percent. Batty said the reason was “ongoing staffing and patient severity issues.”

Outpatient volume – the number of doctors’ visits – won’t recover to the level before Covid-19, although primary care is one of the areas where telehealth such as virtual visits will improve the volume figures, the budget forecasts.

DePasquale said “we were having a very successful budget season” when the pandemic hit and changed everything. Managers had been working on the FY 2021 budget in January and February but had to tear it up and start over, Batty said.

The effect of the virus will last into fiscal year 2022, according to the budget. Although volume will return to “baseline” and some growth will occur, federal aid will end, the forecast says. The result will be virtually break-even performance. “CHA is facing yet another inflection point relative to financial performance … Current trends do not indicate a shift to long-term financial sustainability, and CHA will need to consider these implications during the current strategic planning process.

“In the current disrupted environment, management is pleased to be able to request approval of a budget [for FY2021] with a modest positive margin and one which also maintains stability for our patients and staff,” the officials wrote.