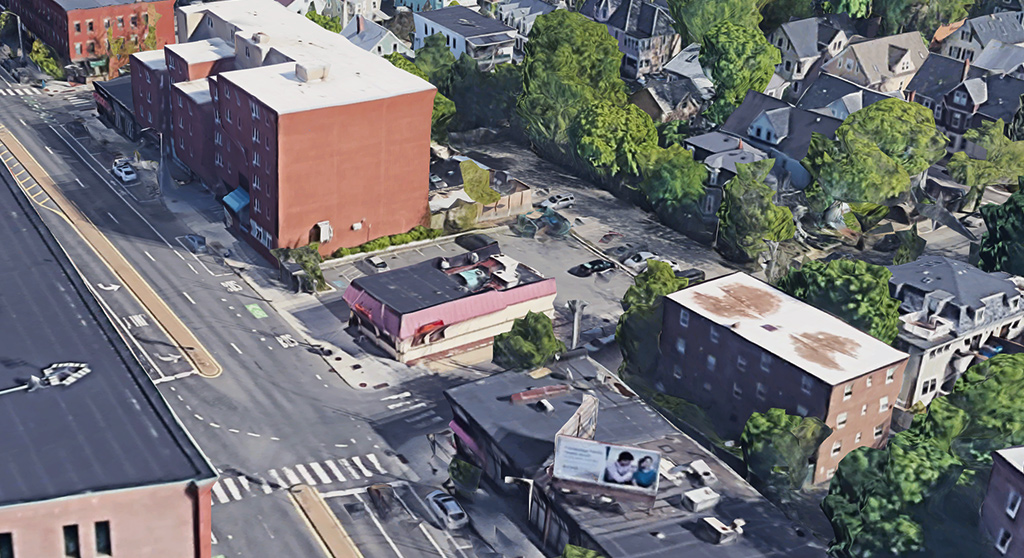 The North Cambridge Stabilization Committee plan to squeeze in a 7 p.m. Tuesday meeting about a 100 percent affordable housing project before the 9 p.m. airing of the first debate between President Donald Trump and Democratic nominee for president Joe Biden.

The building is proposed for 2072 Massachusetts Ave., North Cambridge, between an open-air, resident-only parking lot owned by the city and the Cambridge Housing Authority’s recently renovated Leonard J. Russell Apartments, which houses elderly and disabled persons with limited income, according to a committee email. It’s now the site of the one-story, freestanding Darul Kabab restaurant. The Indian, Pakistani and Bangladeshi restaurant, one of the few in the area with its own parking lot, has been at its location for around 10 years.

That property is owned by the for-profit developers Capstone Communities and Hope Real Estate Enterprises under principals Jason Korb and Sean Hope, bought using a $3.8 million loan from the Cambridge Affordable Housing Trust from April 2018, the committee said. Messages were left Tuesday with Capstone and Hope.

Further details – including how many units are proposed – weren’t available ahead of time. Michael Brandon, the committee’s clerk, wondered if the city-owned parking lot weren’t also in play for the project.

Frost Terrace, an all-affordable 40-unit residential development, is underway from the same developers at 1791 Massachusetts Ave., south of Porter Square. The team also built Port Landing, a 20-unit affordable housing development in the The Port neighborhood. Capstone has also developed smaller properties across the city, including on Clary, Cambridge and Portsmouth streets.

A Zoom video conference meeting link and password is needed to attend the meeting. Email Capstone’s Jennifer Tamarkin for access. The meeting will be posted afterward, Brandon said he was told, and the developers will create a website like past projects have had.