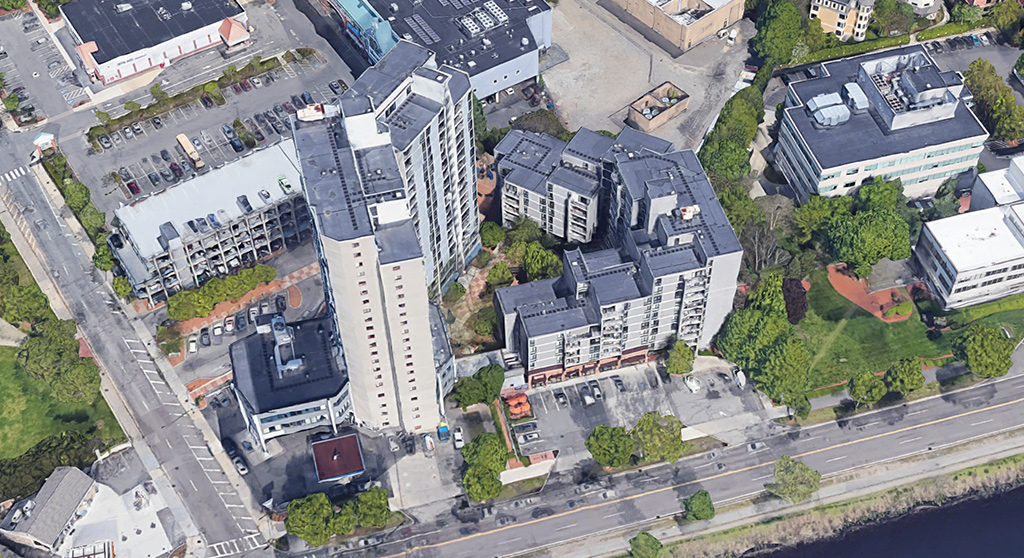 A worker’s arm was slashed in the courtyard of 808 Memorial Drive on Tuesday, police say. (Image: Google)

A construction worker was slashed in the arm by a man with a knife, sustaining a serious injury, police learned at around 2:37 p.m. Police officers, firefighters and Pro EMS responded to the courtyard at 808 Memorial Drive, a residential complex in Cambridgeport with a Dunkin’ Donuts at the base of one building, said Jeremy Warnick, director of communications and media relations for Cambridge police.

While the victim was taken to a local hospital for non-life threatening injuries, police officers “were able to quickly locate and take the suspect” into custody, Warnick said.

Police were cautious in arresting the suspect, a 36-year-old Cambridge resident, according to scanner reports. “I don’t want anyone going in there by themselves,” a voice overheard on the scanner said.

This report will be updated as more information is available.