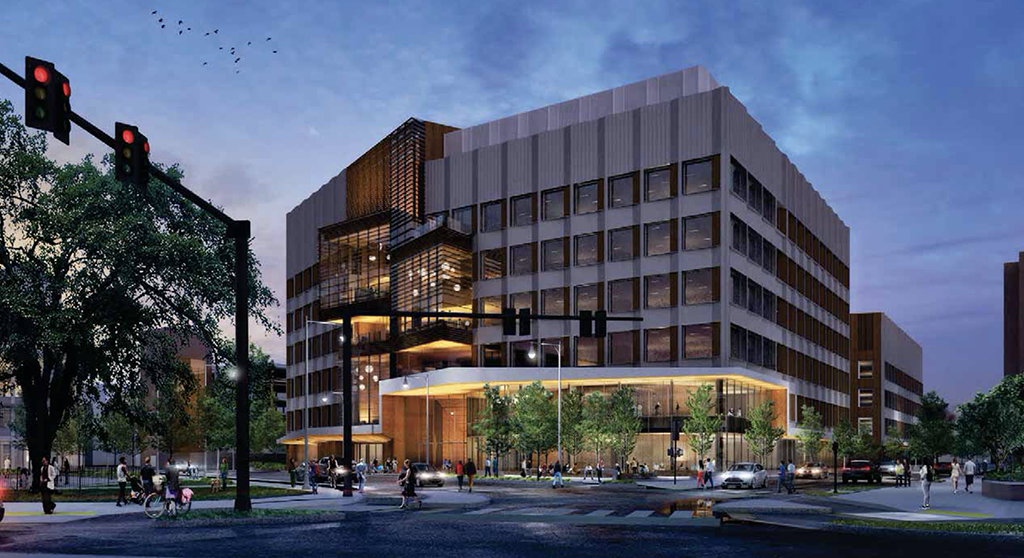 Alexandria Real Estate plans to pitch a 370,462-square-foot Kendall Square office and lab building this week to the Planning Board.

Truck and bicycle safety, and an eviction moratorium

City Council, 5:30 p.m. Monday. One issue likely to draw plenty of public comment and councillor dialogue: neighborhood conservation districts – like the one proposed for study in East Cambridge – and whether recommendations that come to the council for such districts include analysis of how they affect housing prices. There’s also a few transportation-focused items on the agenda, including city staff’s cautious opinion on closing some parts of Harvard Square to pass-through traffic (which recommends empowering the Harvard Square Advisory Committee to explore the idea); a call for bike lanes to be separated from traffic by raised curbs with plants, rather than be just painted lanes on asphalt; and a draft truck safety ordinance, which follows a series of pedestrian and bicyclist deaths. There are also city staff and council items about an eviction moratorium, which some councillors would like to see strengthened in light of a statewide moratorium ending over the weekend. “Cambridge’s eviction moratorium does not include enforcement language, which is critical to ensure residents are not wrongfully removed from their residences,” Mayor Sumbul Siddiqui and councillors Marc McGovern and Jivan Sobrinho-Wheeler write.

Perhaps they’ve taken a note from the city manager’s report on developing a vacant storefront registry? After years of demanding developers create ground-floor retail but not creating any mechanism to incentivize filling that space, this order calls for public-facing storefront windows of retail space empty more than a month to be covered over with paper or filled with art. But again there’s no particular incentive to fill the space. (On another business-related topic: A long-overdue update to the “table of uses” has arrived to reflect how modern businesses can fit in to the city’s zoning.)

Further items include an answer on opening the Fresh Pond Golf Course to the public for general use once a week (city staff are opposed, but might consider it for when the course closes in December) and a request for $175,000 for a sewer testing program to pinpoint Covid-19 outbreaks.

School Committee, 6 p.m. Tuesday. Coronavirus-era education has just worsened issues of chronic absence among students from disadvantaged populations, and a committee order this week asks to see numbers on who’s absent, at risk of dropping out and in need of intervention. There’s also an order in collaboration with student committee members to stop shifting Monday lessons to Wednesdays when those Mondays are supposed to be days off to celebrate holidays. Wednesdays are used for “asynchronous” learning opportunities such as club meetings, and replacing them with Monday lessons “disrespects, invalidates and delegitimizes the holiday,” the order says. Televised and watchable by Zoom video conferencing.

Planning Board, 6:30 p.m. Tuesday. The board will hear a special permit application from Alexandria Real Estate for a 370,462-square-foot office and lab building at 325 Binney St., Kendall Square, and get an update on the 55 Wheeler Street project – two seven-story towers in the Cambridge Highlands near Fresh Pond with a combined 525 apartments. Televised and watchable by Zoom video conferencing.