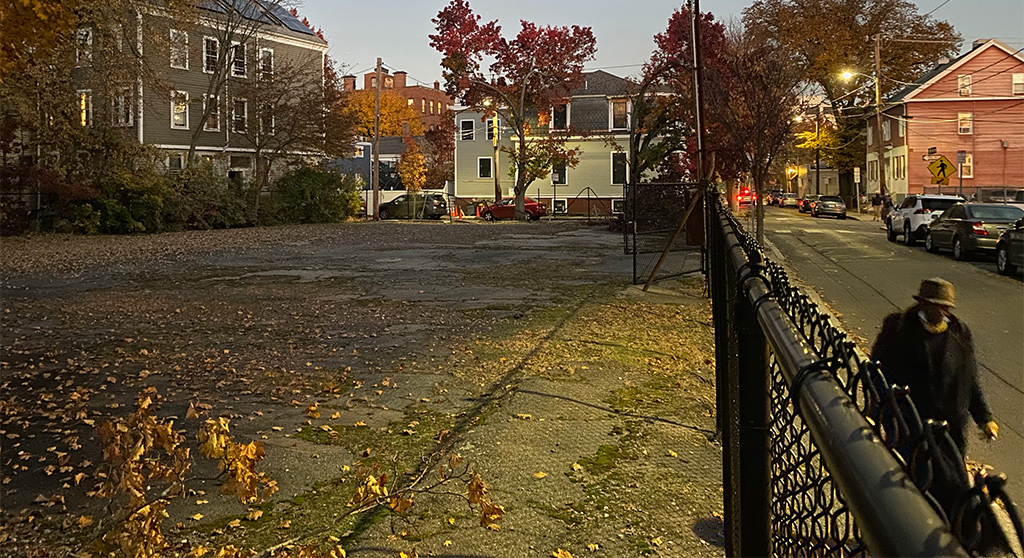 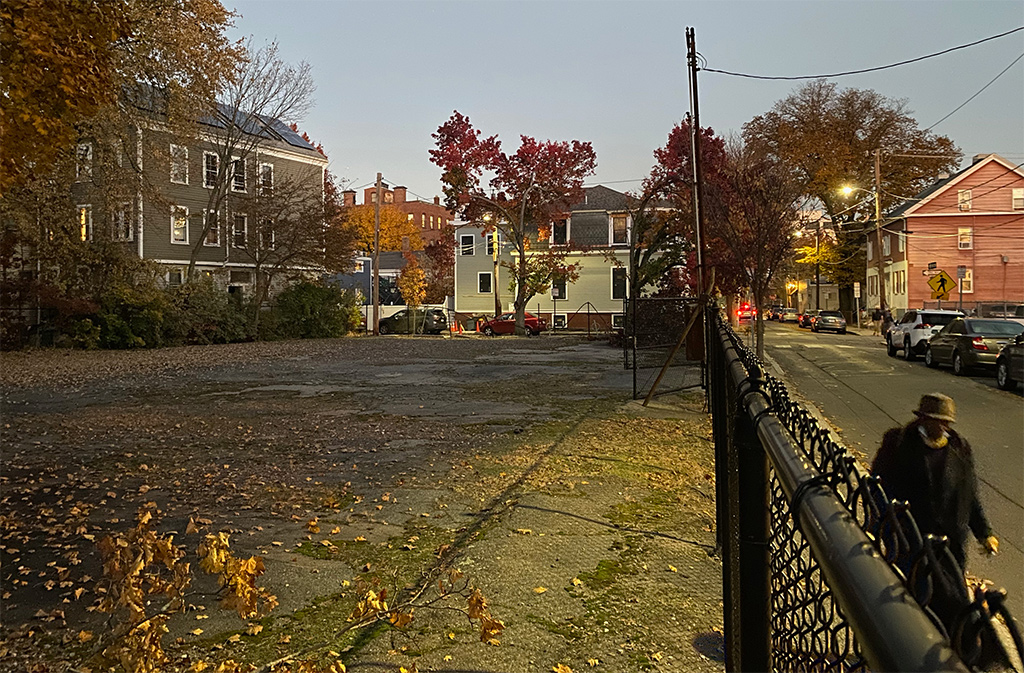 The vacant lot at 35 Cherry St., The Port, is due to become affordable housing … of some sort. (Photo: Marc Levy)

The entire city should look forward to the conversation around an empty lot at 35 Cherry St. in The Port neighborhood, which has been targeted for a conversation about what kind of affordable housing it will become. It represents progress in a dialogue that has seen none since May 2016.

That’s when two city councillors who have long since moved on, Nadeem Mazen and Leland Cheung, proposed that the city grant a one-point advantage to artists in the formula to apply for rentals in lower-income inclusionary housing, only to hear from councillors including E. Denise Simmons and Marc McGovern that it’d be hard to justify when there are so many kinds of people needing an affordable unit in Cambridge. Teachers and firefighters, for instance.

“There are no shortage of occupations who have been priced out of the city,” McGovern said, stressing that his comments were not to be taken as a lack of support for artists, their work and their presence in the city. “You could insert 50 different occupations instead of ‘artists’ there … I have a really hard time prioritizing one over another without having a much larger conversation.”

The artists never got that one-point advantage, though a totally unforeseen coronavirus pandemic and the ensuing lockdown of public places has since strained the city’s arts economy to a breaking point. (Notably in the case of the May 2016 proposal and last summer’s attempt to get city grant money to arts nonprofits, Simmons has each time employed her “charter right” to freeze conversation for long periods, each time in pursuit of larger, more abstract discussions.) Now Simmons, who is driving the Cherry Street conversation, has urged that it become affordable units for specific purposes: workforce housing, LGBTQ+ friendly housing, transitional housing or family-sized housing and homeownership units.

All sound worthy – at least as worthy as giving artists a one-point bump in a formula. But will “workforce housing” include artists? Is it more important to have transitional housing to bridge the gap out of homelessness, rather than offer affordability that can keep residents from becoming homeless in the first place? Are LGBTQ+ residents a class more worthy of affordable housing than the artists championed by Mazen and Cheung to no avail nearly 4.5 years ago, considering that artists can be LGBTQ+ and the LGBTQ+ can be artists?

More than four years is a long pause in a conversation, but it certainly builds anticipation for the dialogue to come.