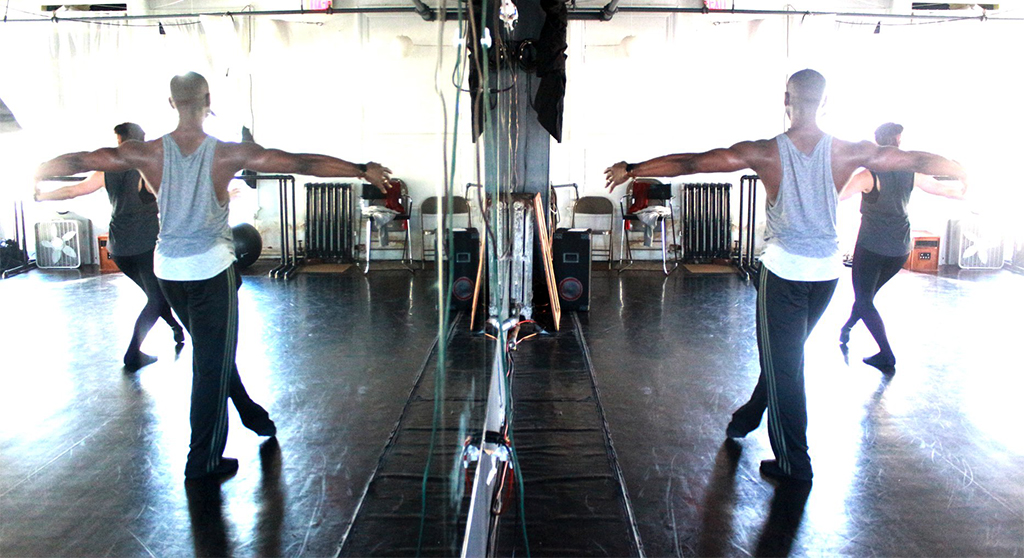 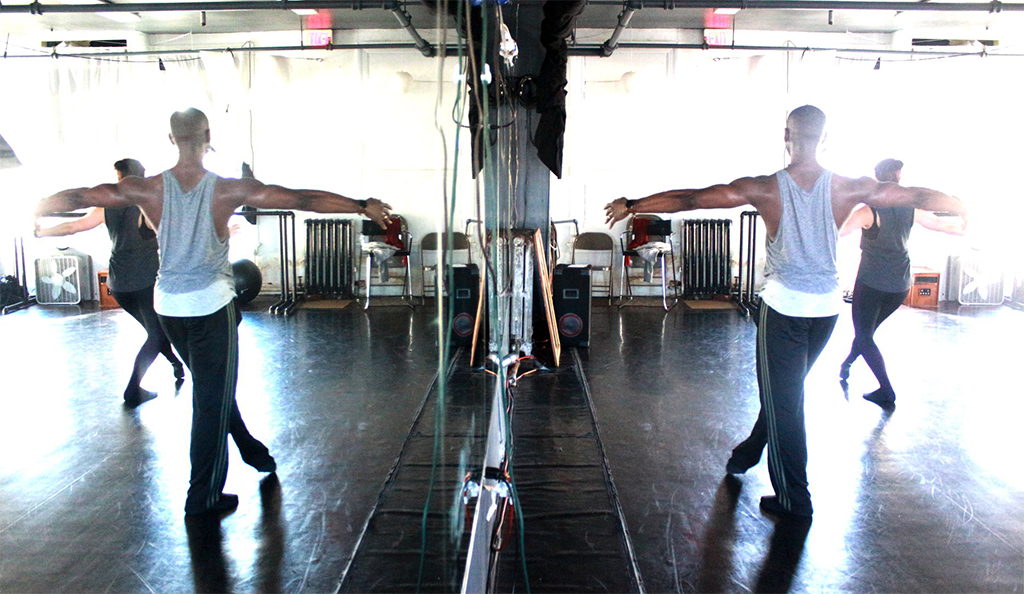 A dance class takes place in December 2018 at Studio@550 in Central Square. (Photo: Studio@550 via Facebook)

A surprise delay in funding for arts nonprofits in crisis from coronavirus could mean the end of at least one cultural institution – the Studio@550 in Central Square – and has caused worries that more will follow.

The dance and art studio was already facing a move, because of plans to fill its home at 544 Massachusetts Ave. with 29 micro-studio apartments. But director Callie Chapman said she had a deal with the landlord that would let Studio@550 find new space with some money from an escrow account – one that relied on the studio paying rent until September.

Then came Monday’s meeting of the City Council.

“The results of that meeting blew all possibilities of [a deal] out of the water,” Chapman said.

Officially, the next chance to enact an arts rescue is seven weeks away, which will be too late for the Studio@550.

The Cambridge arts sector is in precarious shape. The Green Street Studios for dance closed in October, following losses in recent years that include the Deborah Mason School of Dance and Bridge Repertory theater company, Out of the Blue art gallery and Mobius performance art gallery, the Comedy Studio, and EMF music community and New Alliance Gallery. As for Central Square nightclubs, the Cantab Lounge and Middle East nightclub complex are for sale, closed by coronavirus and not expected to reopen their six stages; and Harvard Square will lose its theater arts to Allston from Harvard Square, and there is no word of what will take the place of its Loeb and Oberon theater spaces.

An attempt to expand

The Mayor’s Disaster Relief Account and other sources of grants and loans began to be activated in March to respond to the coronavirus lockdown – first with help for residents, then businesses and non-arts nonprofits. By mid-May, some members of the city’s cultural community were feeling abandoned. But on Monday, five months after audiences emptied out and doors were locked behind them, the city manager had an amendment for the disaster relief fund that would help remaining arts nonprofits such as the ImprovBoston comedy club, Central Square Theater, Loop Lap media arts center and dance studios.

With uncertainty about aid from Congress, there was concern Monday about what would be left in the fund after expanding to include the arts nonprofits, but David Kale, assistant city manager for fiscal affairs, said there was around $1 million remaining; Mayor Sumbul Siddiqui said more would come in from ongoing fundraising.

And officials including councillor Patty Nolan and vice mayor Alanna Mallon – who has championed the arts in Cambridge through a task force and policy proposals spurred by the loss of EMF – urged support for the arts as “the heart and soul of our community.” Mallon further noted Monday that places such as Studio@550 and the Dance Complex aren’t just dance studios, but homes for dozens of small businesses that take the form of classes and workshops as well as performers and performing arts technicians. “They’re microcosms within the community of the types of small businesses that we want to support,” Mallon said. 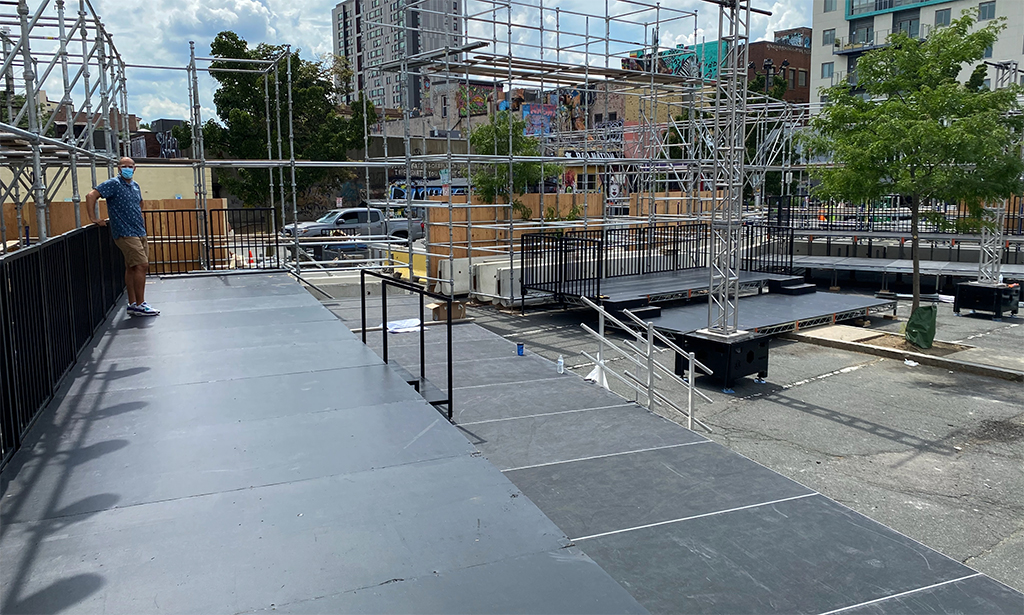 But councillor E. Denise Simmons said she had “a few … questions and concerns that probably cannot be answered this evening” and announced her intention to use her “charter right” to bump the issue one regular meeting. Because of the council’s summer schedule, that takes the issue to Sept. 14, which Mallon urged her to remember was “quite a long time.”

Simmons could not be moved. She used her charter right.

Though Simmons did not reply to an email sent Tuesday seeking comment, members of the arts community said they understood her concerns.

“In conversations I’ve had with councillor Simmons, she’s been a huge supporter of the arts, and doesn’t plan on stopping this from happening. But she had some questions around the structure in administration of this fund,” said Michael Monestime, executive director of the Central Square Business Improvement District. “Say I play the guitar on Carl Barron Plaza. Do I qualify for this fund? Or do I have to be an organization that has a rent or lease, or a certain amount of employees or certain operating budget? I don’t know if any of that was specified.”

Simmons was invited to a Central Square arts meeting Wednesday and could not attend, said Kristie LaSalle, chair of the ImprovBoston board of directors.

Knowing that Simmons supports local arts organizations overall is unlikely to help Studio@550, and it didn’t calm fears that the delay would have unpreventable and irreversible reverberations. “This has the potential to be the EMF kerfuffle on a grand scale, when the city didn’t do enough to step in and save the space and we lost a lot of artistic voices,” LaSalle said. “We’re kind of repeating that history – except it would be conceivably all the culture of Central Square.”

“The building’s on fire”

Losing the arts is not a new concern for Monestime, who’s been struggling to keep Central – a state-designated cultural arts district – vibrant against some dueling forces: surging gentrification and a generous allotment of social services, which draws a homeless population and people looking for help with addiction.

Then came spring, and the coronavirus, and a long watch as residents and restaurants got their turn being attended to by the city.

“We’ve known since March 16 that the building’s on fire. And it’s the end of July. And, you know, these arts organizations, they don’t come back. They’re not a formula business coffeeshop. They’re not a bank. They can’t just rebound,” Monestime said. “We’ve saved lives – now we have to save livelihoods.”

Monestime is overseeing construction of a coronavirus-conscious outdoor complex called Starlight Square, which will open Aug. 8 with its own food service and space for community organizations and a weekly farmer’s market, but with the key component being a stage for nightly arts programming. The Central Square Theater, Dance Complex and ImprovBoston – which suspended operations in June in hopes of a full restart in 2021 – are partners in the project. Studio@550 is not. But Starlight, described as a work of “placekeeping,” isn’t funded to replace the income an institution would normally bring in. For Studio@550, Chapman said, that’s $6,000 monthly; for ImprovBoston, it’s $75,000 monthly. And for its construction (and teardown Oct. 31), seven-day operation and various partners, Starlight Square has a budget of $250,000.

Under the rules of the City Council, any item subject to the “charter right” of a councillor such as Simmons is postponed for that meeting and returns at the next regular meeting. With the council used to taking all of July and August off, except for Monday’s special midsummer meeting, that would mean a delay until Sept. 14.

But the coronavirus crisis has shaken everything up, including council scheduling. There was a special meeting in mid-July just to hear coronavirus updates from the City Manager’s Office, and another Covid-19 update is scheduled for 3 p.m. Aug. 10.

At that meeting, a majority of councillors might try voting to suspend the rules and take up funding for the arts nonprofits. But there may be parliamentary issues to be debated with such an attempt.

“That’s mid-August,” Monestime said. “We could have had this Monday night.”