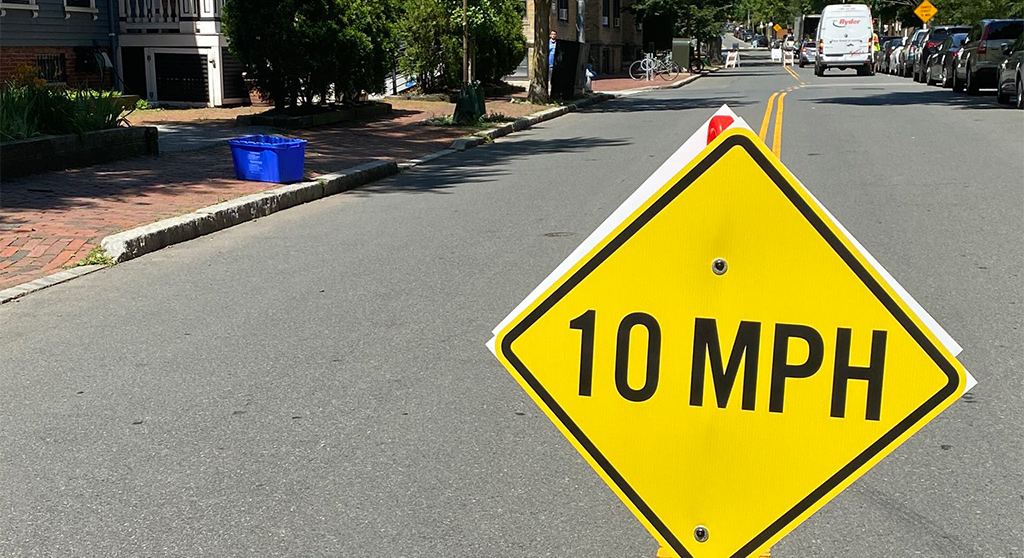 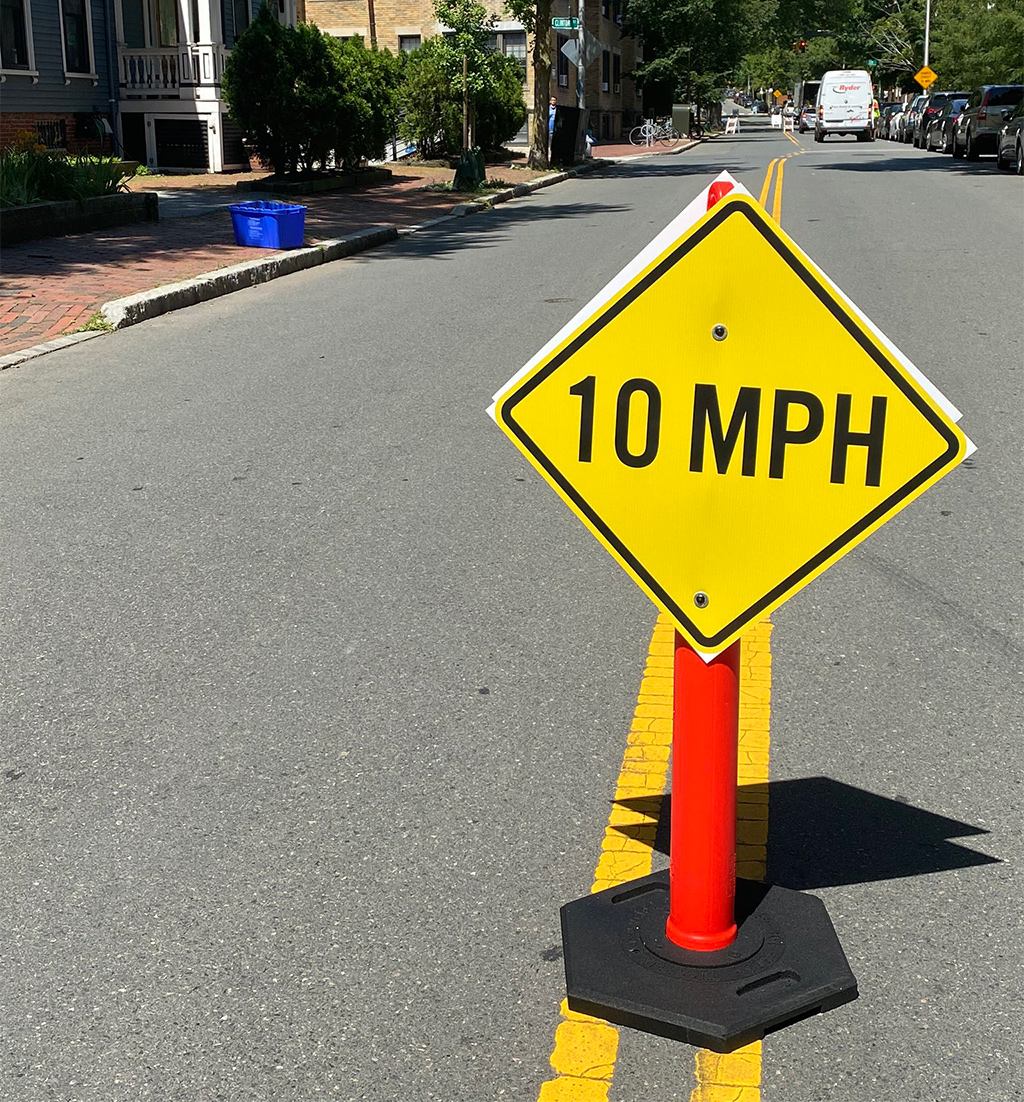 While there will be an extra month of use at “Riverbend Park,” which is created by closing parts of Memorial Drive for people on foot and bicycle, Joseph Barr, director of the city’s Traffic, Parking & Transportation Department, said last week that Cambridge’s shared streets initiative will be dismantled for the winter and may not return in the spring.

For six months, the city has created more space for social distancing by closing Harvard Street, Magazine Street and Garden Street to regular traffic at all hours, making them “shared streets” with reduced vehicular traffic intended for walking as well as use by cyclists. Residents can still access their driveways and delivery trucks are permitted, both limited to 10 miles per hour. The streets are marked with advisory signs at highly trafficked intersections.

That will be undone with the removal of signs in the coming weeks to “ensure that they are not in the way of snowplows” Barr said. “If left in the street, they would likely be damaged during plowing operations.”

The future of the project after that is “difficult to say right now,” Barr said in a recent phone interview. “A lot depends on where we are with the pandemic.”

These are long-planned changes, said city councillor Jivan Sobrinho-Wheeler, head of the council’s Transportation Committee. But there has been little publicity about it, and even some residents of shared streets were not aware they would be taken away.

Some that were aware felt the project needed more support.

“I attended the public meetings about shared streets and most of the comments expressed by the public appeared supportive or had concerns that could easily be addressed without scrapping the program entirely,” said Tim Kennedy, a resident speaking during public comment at Monday’s council meeting. The program “got mired in an obscure, dysfunctional process that led to what seems an administrative decision to pull the plug,” he said.

The initiative was originally described as “lasting indefinitely,” and suggested more shared streets were possible. The city still lists nearly three dozen streets put forward by the public for consideration for the status, but a September meeting dashed hopes for an expansion of the network despite clear signs of an appetite for more. The city has described the program as controversial, receiving feedback that runs “the gamut from people who are tremendously excited to those who are not very excited or actively opposed,” Barr said.

While no new shared streets have been implemented since June, the past months have not been completely static. The city changed signage from A-frames to traffic barrels, which meant fewer runaway signs and more consistent spacing, and added signs asking drivers not to go faster than 10 mph – an advisory only, because state law prevents the city from lowering the speed limit below 20 mph. With the appetite in Springfield for a change to the law considered nonexistent, the city is stuck with yellow signs that at first glance might look like speed limits, but in actuality do not say “speed limit.”

Barr noted that pre-pandemic, the city experimented with more pedestrian-friendly streets such as Palmer Street in Harvard Square, and the city has learned a great deal more from shared streets about how to more effectively share infrastructure between different modes of transportation. But it remains to be seen how the city will translate its pandemic learnings into concrete actions.

On Monday, city councillors learned that efforts to keep Riverbend Park in place longer were successful. “We have officially agreed with the state on an extension. We’re working out the final language [but we’ll have] the Riverbend Park site for at least another month,” City Manager Louis A. DePasquale said. The traffic closings had been set to expire at the end of Sunday, but an order asking an extension was filed by Sobrinho-Wheeler with support from Mayor Sumbul Siddiqui and councillors Patty Nolan and Quinton Zondervan.

They also asked for the annual impromptu park to be expanded the length of Memorial Drive into the Riverside neighborhood and East Cambridge, but it was resisted by councillors who said residents there hadn’t been consulted about whether they wanted it. Though councillor Tim Toomey delayed conversation by a week by using his “charter right” and this week looked to thwart the measure again, the motion passed 8-0, with only Toomey opposed.

“This is not the go-ahead for expanding riverbend Park,” which is overseen by the state Department of Conservation and Recreation, councillor Dennis Carlone reminded him. “Anything like that would be at least a two-year study with the state. This is to go ahead and consider it.”