‘The Little Things’: Tracking a killer before GPS, with detectives who also wander the moral map 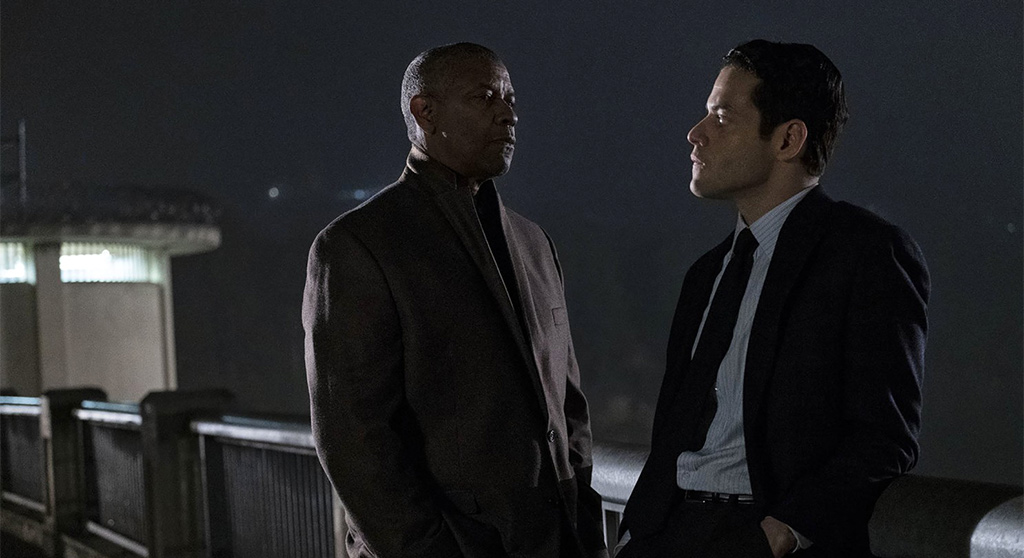 ‘The Little Things’: Tracking a killer before GPS, with detectives who also wander the moral map

In this throwback neo-noir baked in the David Fincher oven of dark serial-killer thrillers (“Seven,” “The Girl with the Dragon Tattoo” and “Zodiac”) director John Lee Hancock (“The Blind Side,” “The Rookie”) scores something of a casting coup, landing a trio of Academy Award-winners for his leads. Hancock has been wanting to make “The Little Things” since the early ’90s, when he penned it and (around the same time) “A Perfect World,” the Clint Eastwood-helmed crime drama starring Kevin Costner. At one point Steven Spielberg’s name was attached to the project (too dark), but now things have come full circle with the writer-turned-director taking charge of his scene-by-scene, murder mystery blueprint.

The drama takes place in L.A. around the time Hancock wrote it, well before cellphones, social media and reliable and readily available DNA testing. A gray-dusted Denzel Washington takes center as Joe “Deke” Deacon, a deputy from a dusty town north of L.A. who must reluctantly head back to the city of his former employ to pick up evidence. While there he drops in on a burgeoning investigation led by Jimmy Baxter (Rami Malek), a tightly coiled homicide dick newly onto the trail of what looks to be a serial killer. Deke tags along to one crime scene, and the Frick-and-Frack tandem click. Deke decides to stick around and help QB from the backseat. Like “LA Confidential” (1997), the “The Little Things” is less about the who-did-it than the people pursuing the criminal acts, though suspect numero uno Albert Sparma (Jared Leto, sporting bad chompers, a prosthetic schnoz, low-riding paunch and a bow-legged gait) is something of a scene stealer, two parts Charlie Manson (sans flock), one part the maniacal god complex that Leto dredged up for “Blade Runner 2049” (2017) and a dash of Hannibal Lecter thrown in for good fun. Granted, he’s not as lethal as any of those lads, but he does drive a bitchin’ ’70s Chevy Nova SS and really knows how to get under everybody’s skin. When Sparma (sounds like a hot Italian sub with oozing mozzarella, right?) isn’t ripping it up with philosophical psychobabble that feels written for the lips of Jim Morrison, we get the dark why of Deke’s being run out of L.A. and start to see that Baxter’s overreaching confidence might be more chest puffing than can-do.

“The Little Things” moves in mysterious, murky tics embossed by John Schwartzman’s shadowy but sharp cinematography and Thomas Newman’s moody score. Ir all feels so visceral, deep and compelling, but when the reveals come back around, many of the threads register all for naught, a goose chase without the fowl. Washington (“Training Day,” “Glory”) and Malek (an electric Freddy Mercury in “Bohemian Rhapsody”) often feel like they’re occupying sketches of complex men, their renowned talent square pegs shoved in round holes. Malek, boyish and slick, feels too fresh and wide-eyed for a part that demands a more world-weary soul. Leto (“Dallas Buyer’s Club”), on the other hand, is a merry pixie of perversion, dancing his way around Hancock’s noirish landscape pulling strings and pushing buttons, consequences be damned – much like the film itself.