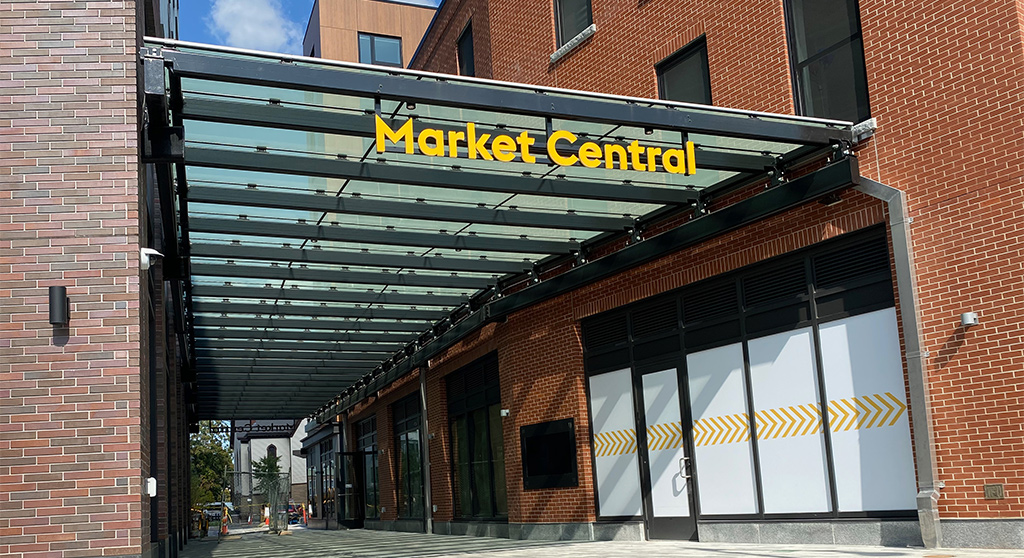 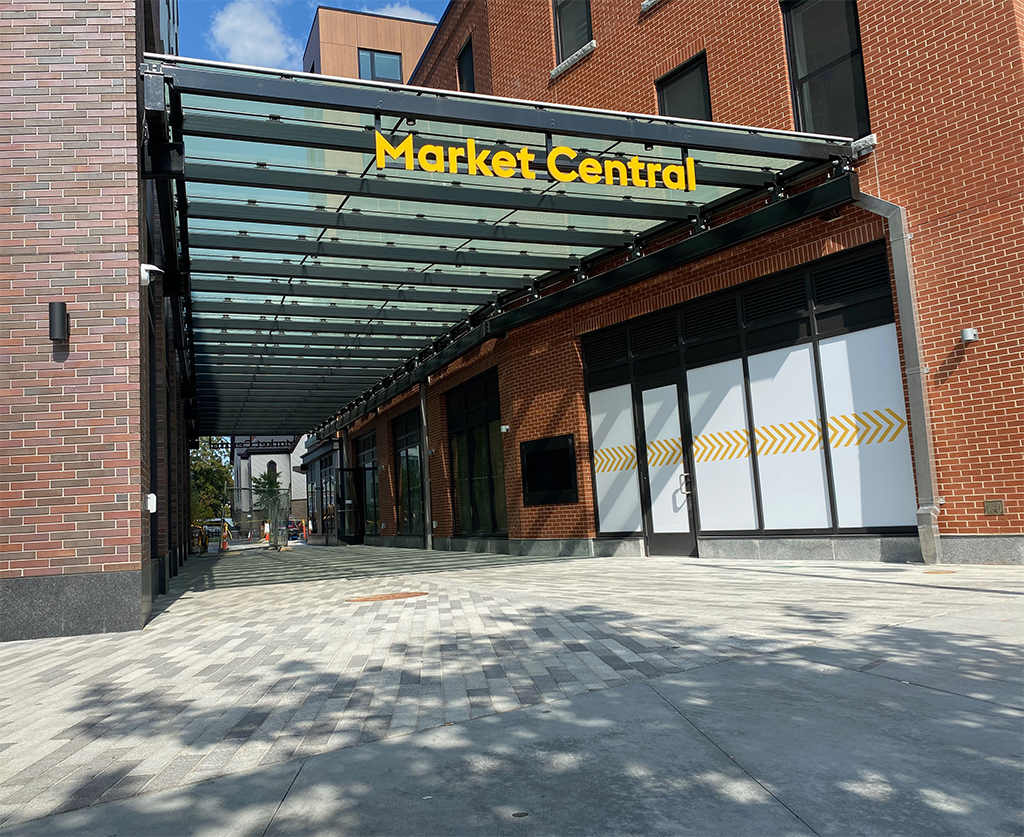 Restarant/nightclubs Shojo and TeaDo come before the License Commission on Tuesday for openings in Market Central in Lafayette Square. (Photo: Marc Levy)

City Council, 5:30 p.m. Monday. The saga of the residential building at 605 Concord Ave., Cambridge Highlands, and its three construction extensions at old levels of including affordable units continues, with the Law Department answering city councillors’ questions by saying the questions have already been answered – and that the Planning Board was allowed to make the extensions, even if councillors don’t like it. The council may also have to extend some provisions of the city’s tree protection law 60 days on an emergency basis, before they expire Feb. 28 – another legislative stumble. And they’re about to hear officially that a 4-year-old order meant to help businesses and musicians by easing the way for acoustic music performances has been shot down by the License Commission.

On the brighter side, councillors will have the chance to landmark St. Augustine’s African Orthodox Church in Cambridgeport, and to advance a home rule petition to the state Legislature to create a fire cadet program. And with it being five years since learning about the root causes of the city’s chronically unhoused population, councillors are asking city staff to assess the effectiveness of Cambridge’s efforts to help.

School Committee Governance Subcommittee, 5 to 6:30 p.m. Wednesday. Members plan to return to a discussion of the School Committee’s code of ethics. Watchable by Zoom video conferencing.

Ordinance Committee, 5 to 7 p.m. Wednesday. This committee run by city councillors Dennis Carlone and Marc McGovern will explore two campaign finance reform concepts: limiting campaign donations from certain developers or people planning to do business with the city, and capping individuals’ campaign contributions at $200 per City Council candidate per year and limiting candidate loans to their own campaigns at $3,000 in an election cycle – the latter of which would have get the approval of the state Legislature. Televised and watchable by Zoom video conferencing.

School Committee special meeting, 7:30 to 9:30 p.m. Thursday. The committee will look at adopting recommendations of the Ad-Hoc Superintendent Search Subcommittee from Tuesday. Televised and watchable by Zoom video conferencing.