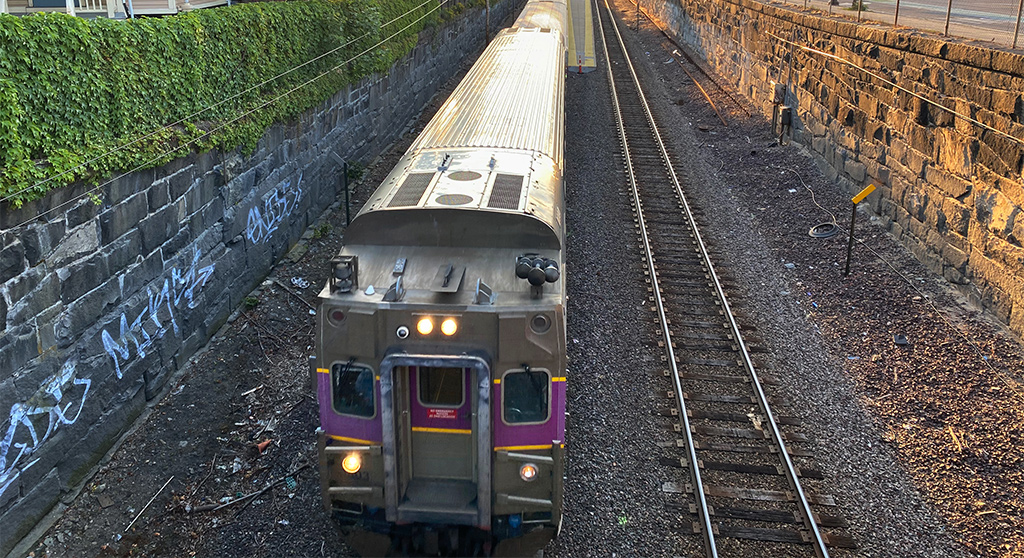 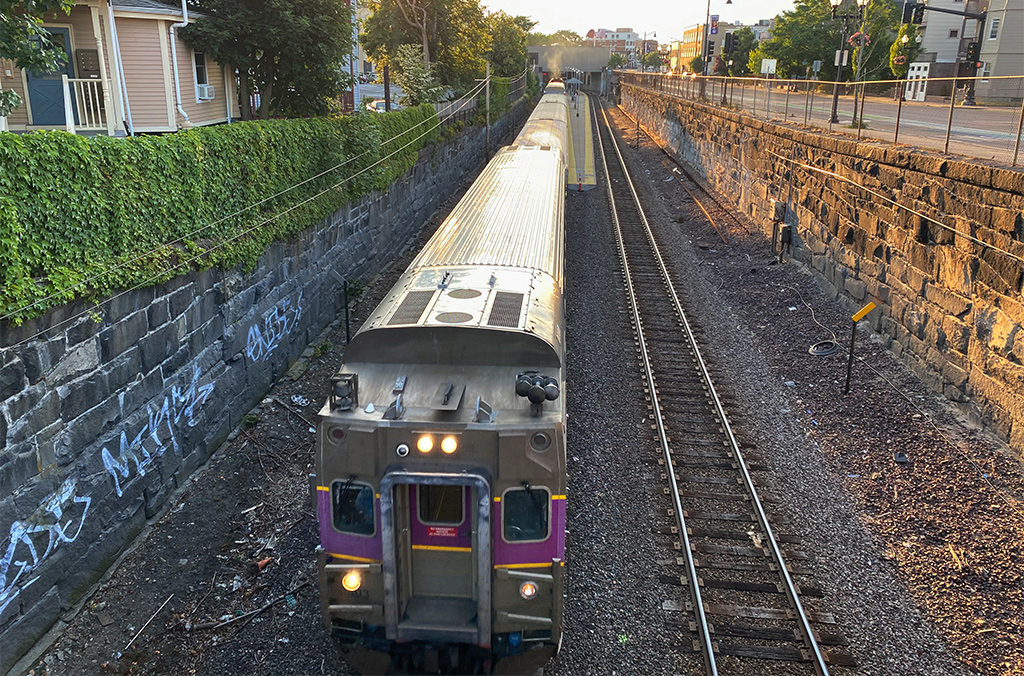 Weekend service on the commuter rail is expected to return mid-May, the MBTA’s general manager has said. (Photo: Marc Levy)

Facing continued criticism for its plans to cut service, the MBTA announced Monday that it would “bring back service as fast as possible on bus and subways” and look into restoring commuter rail and ferry service.

“Funding is not a constraint right now to building back service,” said Steve Poftak, general manager of the Massachusetts Bay Transportation Authority, at a Monday meeting of the transit agency’s Financial Management Control Board. Citing an expected $845 million in additional federal relief funds, Poftak announced the return of pre-pandemic service levels on bus and subway lines “as quickly as possible.” Additionally, the general manager endorsed a plan to resume weekend service on commuter rail in mid-May following a board vote, and to provide the MBTA leeway to resume and increase ferry service.

The transit agency pointed to staffing shortages as a main bottleneck in restoring service quickly. It noted that absenteeism continues to be high and its internal human resources are stretched thin with coordination of employee recruitment and Covid contact tracing, according to slides released by the agency.

Advocates for transit, some of whom organized a press conference just before the FMCB meeting, pushed for the resumption of service. “What we need is full transit service restored now. We’re urging the FMCB to support the MBTA’s plan to get back to 100 percent bus and subway service, and we will keep fighting for the public transit system that our communities deserve,” said Olivia Nichols, an organizer with GreenRoots, the environmental justice organization. With upward of $2 billion in disaster relief coming to the agency, transit advocates had urged the transit agency all along not to cut service.

The board voted later in the day to approve the restoration of service, with three votes in favor and two abstentions.

With exact dates for resumption of service up in the air, there remains some uncertainty surrounding the MBTA’s plans, especially around the order in which bus line service will be restored. In the Cambridge area specifically, Poftak called out the advocacy of state Rep. Mike Connolly in pushing for quick restoration of the 68 bus. Connolly pointed out in a letter sent to the FMCB and co-signed by state Sen. Sal DiDomenico that the 68 bus line is a critical connection for a number of Cambridge’s public housing developments and major civic centers, including the Cambridge Main Library and City Hall.

These changes cap a tumultuous start to the year from the MBTA that brought cuts to ferry and commuter rail service in January, followed by cuts for the subway and bus that went into effect just over two weeks before the announcement they would be rolled back.