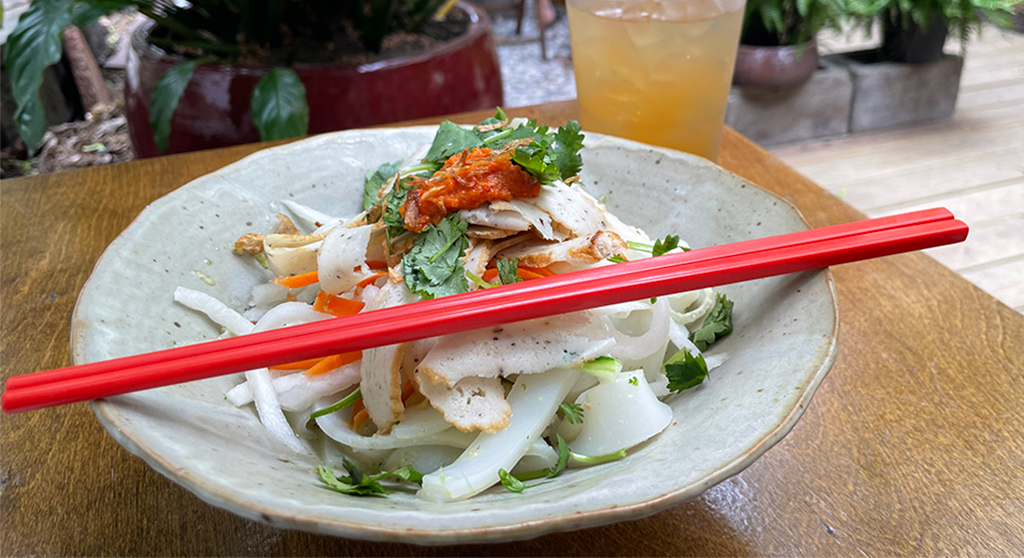 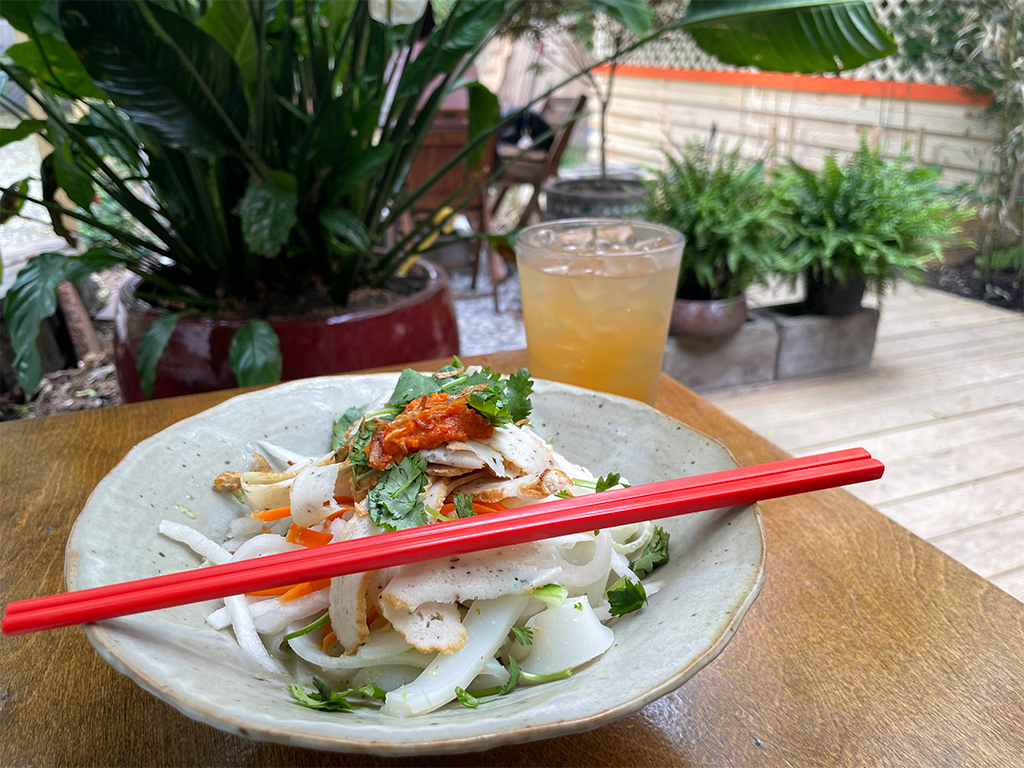 The pho salad with fish cake and a lemongrass ginger iced tea at Cicada Coffee Bar in The Port. (Photo: Tom Meek)

Not too long ago this inviting Prospect Street locale was the home of the much-missed Out of the Blue art gallery (and literature café) with its communal, grassrootsy vibe, which makes Cicada Coffee Bar a great replacement. Opened in late February, Cicada is homey and quaint, with the same sense of community and comfort that has long been a signature of the local 1369 coffee shops. The café is tight and cozy, with an open counter and kitchen space that’s more of a conversation point for customers and co-founder/co-owner Vinh Le, who takes an interest in patrons’ individual desires. The food menu by Le is limited at these early stages, but boy is it good. What’s there is basically Vietnamese banh mi sandwiches (all made with vegan pâté, replacing the traditional pork pâté) and cold pho noodle salads. I’ve yet to try Le’s classic baguette house sandwich; on this visit I had the pho salad with chả cá, a fish cake. There was a bit of a pleasurable shock in its freshly made, wide noodles, which were more like what you get in pad see ew than the thin, angel-hair cut you see in traditional pho soup. The bowl was garnished with the traditional pickled vegetable assortment you get in banh mis and dressed with pesto and fish sauce. It was satiating, yet light. It was also Le’s recommendation, which I ate in the back patio – a garden oasis right off of bustling Prospect Street across from a Whole Foods Market and abutting the rear garden of a bed-and-breakfast where life-sized papier-mâché replicas of Jake and Elwood Blues lounge in deck chairs.

For a drink on this hot day I had a lemongrass ginger iced tea, made with fresh, locally sourced honey; not only was it quenching, it was so delicious and new to my taste buds I had to have seconds. Other drinks on the menu that call to me are the honey mousse espresso and the iced Sea Salt Shaker, a foamy Viet phin dripped coffee with Maine sea salt and sweetened condensed milk.