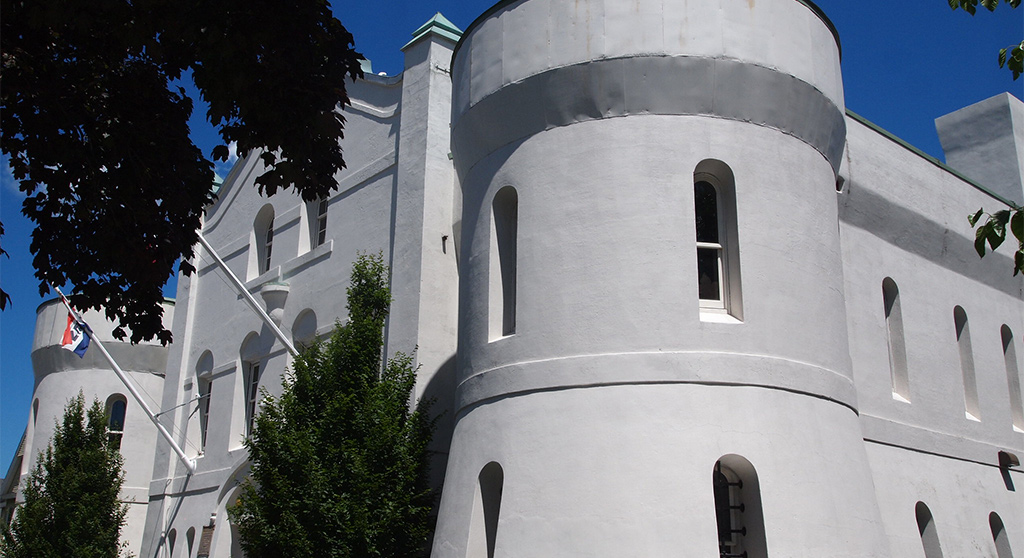 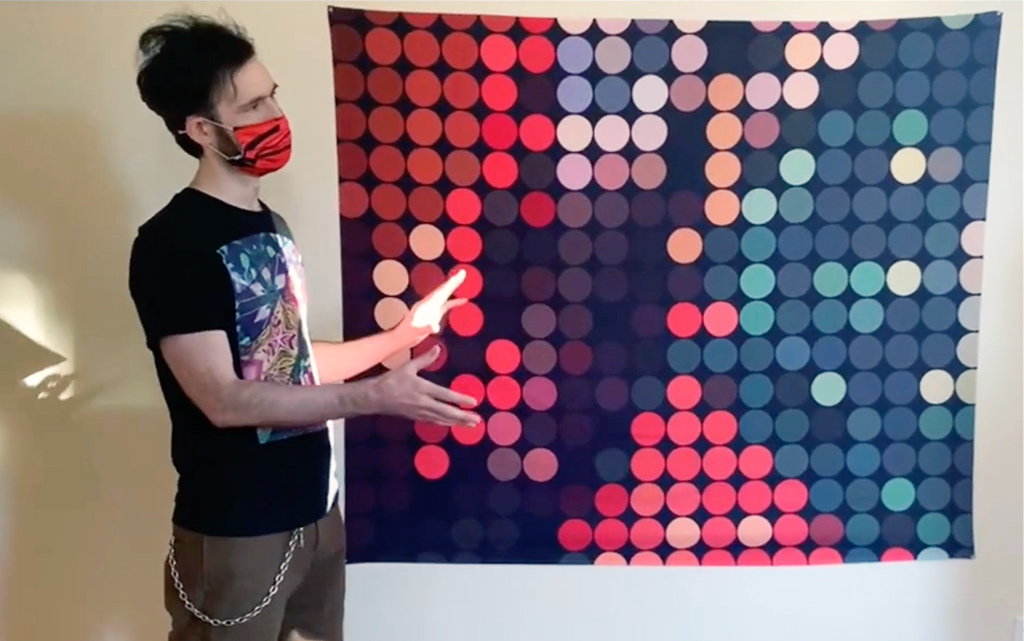 Cambridge artist and musician Ammon explains a work hung at the Parma Chai Out of the Blue Community Art Gallery, now at the Somerville Center for Arts at the Armory. (Image: Out of the Blue via YouTube)

The Out of the Blue art gallery and performance space, a fixture around Cambridge for 21 years before being priced out in December 2017, says it has a new home in Somerville.

The Parma Chai Out of the Blue Community Art Gallery is now at the Somerville Center for Arts at the Armory, according to a Wednesday first-person piece in The Somerville Times by Chai, a partner in the gallery since its ouster from Central Square (from what has become the Revolutionary Clinics medical marijuana dispensary and Kush Groove Smoke Shop). 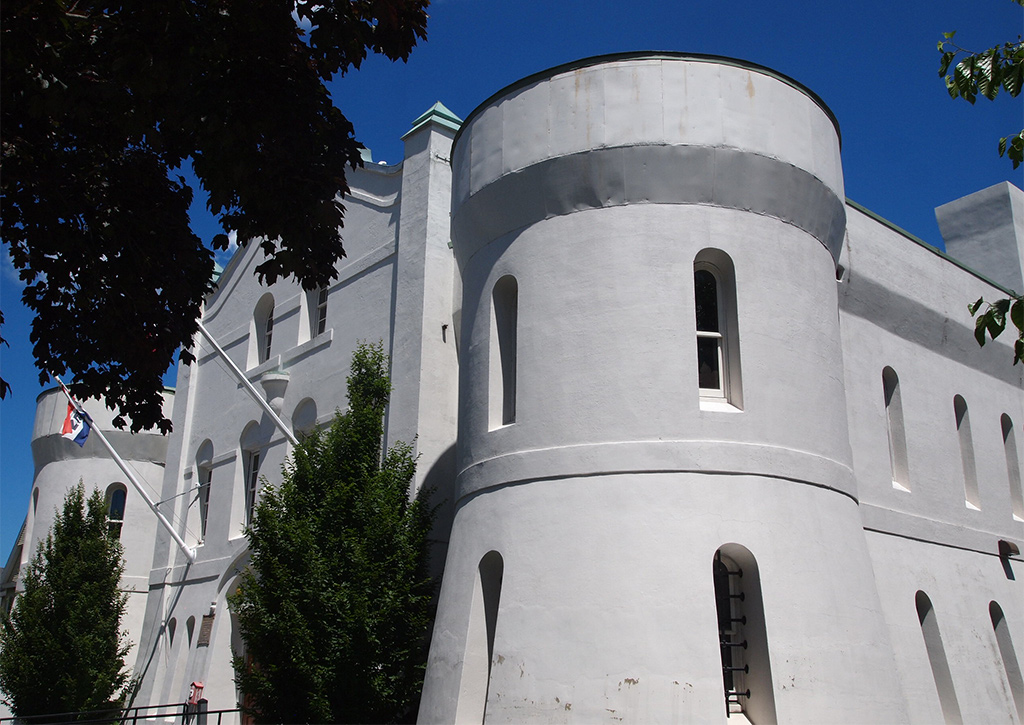 Somerville’s armory in 2012. It’s since been converted into an arts center by the Sater family. (Photo: Carly Cassano via Flickr)

“We continue to sell art, have masked art interviews with the artists and explore other innovative ways to promote the arts and artists,” Chai wrote. “I would like Boston residents and beyond to know the gallery as a vibrant place for both artists and academics. As a destination for folks to create magic in a space of comfort, beauty, and collaboration.”

Even the gallery’s time since closing in Cambridge has been a sojourn. Immediately afterward, it was in Chai’s home in Medford, where she “discarded many of my personal items, including personal furniture, and began accumulating large folding tables, speakers, mikes, turntables and other essentials to keep local art alive. My vision manifested and folks across Boston came to attend these creative gatherings and listen to art talks,” she said. The gallery also went back to its earliest routes by hosting parties in Chinatown.

By September 2018, the gallery had begun a two-year run in Allston at a building called The Firehouse, owned by the Sater family – also owners of The Middle East nightclub complex in Central Square and Somerville’s armory building, which it bought, rehabbed and reopened as an arts space in 2007. The gallery closed at the Firehouse in July, Chai said.

Though the gallery has landed at the Armory, the pandemic – and its eternally shaky finances – has forced it to evolve again. “I am no longer taking in new artists to promote but I am, instead, working on booking small rehearsal and recording events,” said Chai, who has emerged to lead the gallery after being identified as business manager during the Firehouse era. Chai, or Parama Chattopadhyay, explained to Boston Voyager at the time what prepared her for the role: a business and psychology degree from the Massachusetts Institute of Technology in 2006, with minors and concentrations in theater arts, political science and music, leading to stints in nonprofits and teaching.

“We are extremely thankful to the Center for Arts at the Armory for helping to keep our mission alive,” Chai said. “The gallery is incredibly thankful it could continue its mission to preserve local art through the pandemic.