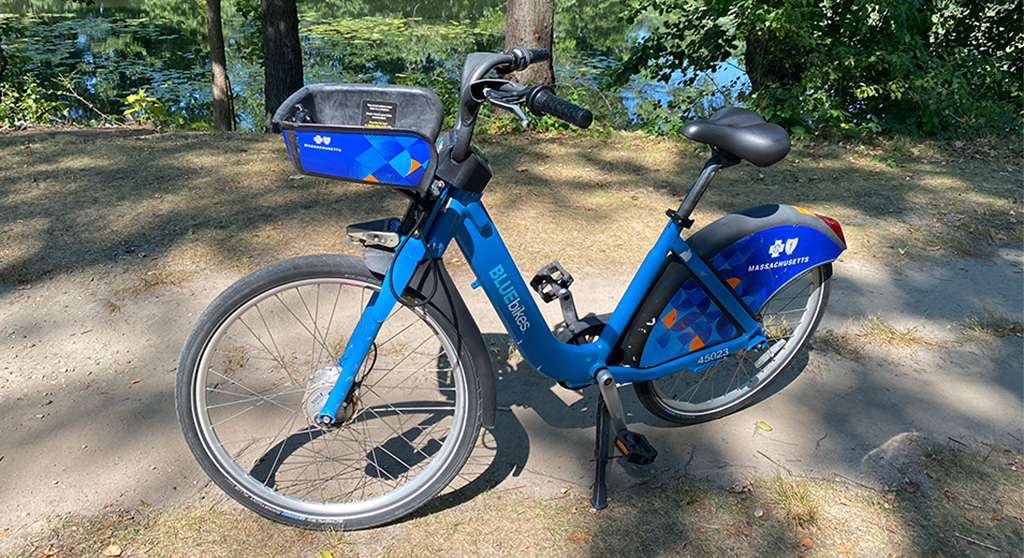 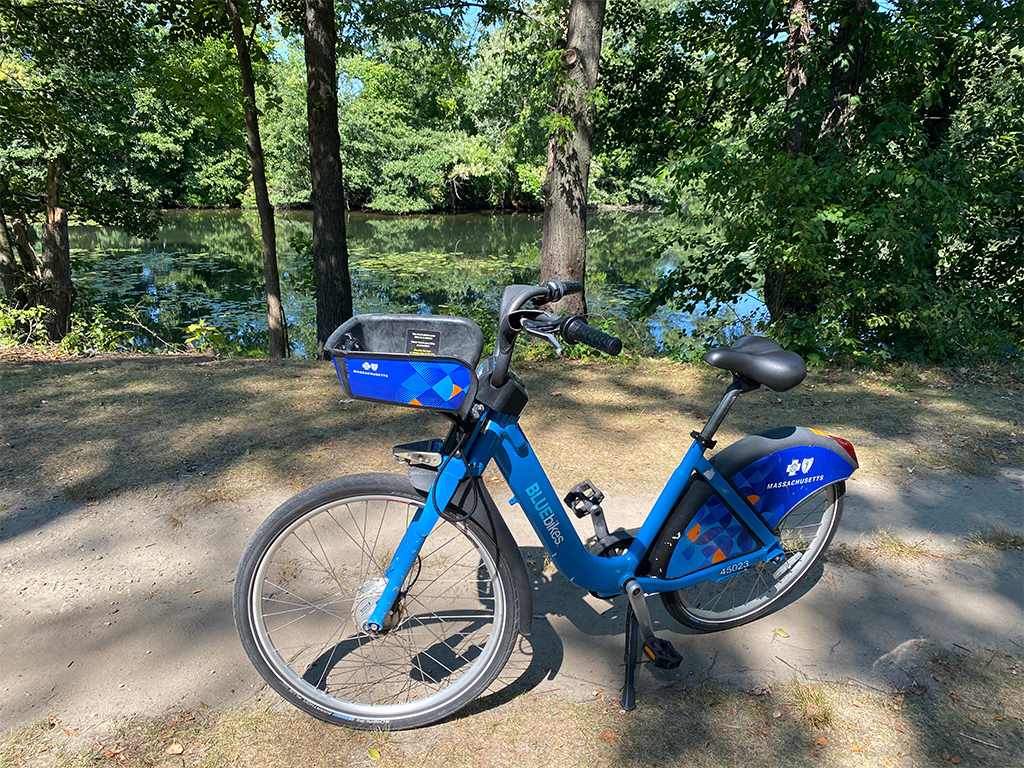 The Bluebikes rental network will expand in Cambridge again with stations planned for Neighborhood 9 and Cambridgeport. (Photo: Mike Gajda)

Residents cheered the news. “That section of Huron is on my bike commute to work, so I’ve ridden it many times. There’s no sidewalk there now and people on bikes have to contend with cars and trucks and buses traveling too fast and an unprotected shoulder to ride on,” said Ruthann Rudel, a resident and member of the Cambridge Bicycle Safety group. “We’re so pleased the funds are in place to allow the city to make this improvement for all types of road users.”

The updates to Huron Avenue were already scheduled for fiscal year 2022, according to plans on the city’s website, but the award will reduce the city’s expected costs. The city expects to bid the contract and begin construction this year, said Kathy Watkins, the city’s assistant commissioner for engineering. The fiscal year begins in July and ends next June.

The Bluebikes stations, part of a shared bicycle network that spans Greater Boston, will bring new options for users in the Neighborhood 9 and Cambridgeport neighborhoods. The city will build a curb extension at Raymond Park to fit a BlueBike station and install a 19-bike dock on the existing sidewalk near Old Morse Park. The stations will be installed by the end of the calendar year, said Susanne Rasmussen, director of environmental and transportation planning for the city’s Community Development Department.

The MassDOT awards come as Cambridge faces supply chain delays on other projects. On July 9 the city announced a delay until early August for its Mid-Mass Ave project, which will install separated bike lanes on Massachusetts Avenue between Inman and Trowbridge streets. “Due to ongoing shortages in construction materials, the flex posts will not be delivered until late summer,” the city said in an email update on the project, referring to the white plastic barriers that separate car and bicycle traffic.

“The protected bike lanes the city is going to install on Mid-Mass. Ave. will dramatically improve safety for all and needs to happen as soon as it can, but also needs to happen right. In the past, there has been confusion when projects were implemented piecemeal due to delays in sourcing materials, so I understand why the city is making the choice to wait until they have everything on hand to begin,” said Nate Fillmore, of the Cambridge Bicycle Safety Group, on Wednesday.

“However, this delay highlights a need for the city to order materials proactively well in advance of target installation dates in order to stay on track with protected bike lane implementation,” Fillmore added.

The city expects to install 4.9 miles of bike lanes between now and April 2022. The plans are here.

This post was updated July 26, 2021, with schedule estimates from city officials.