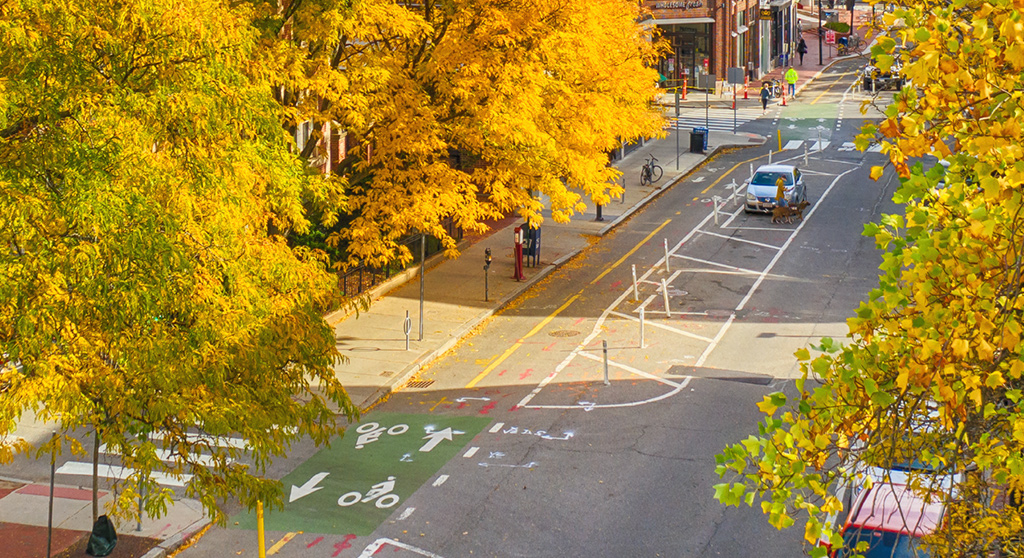 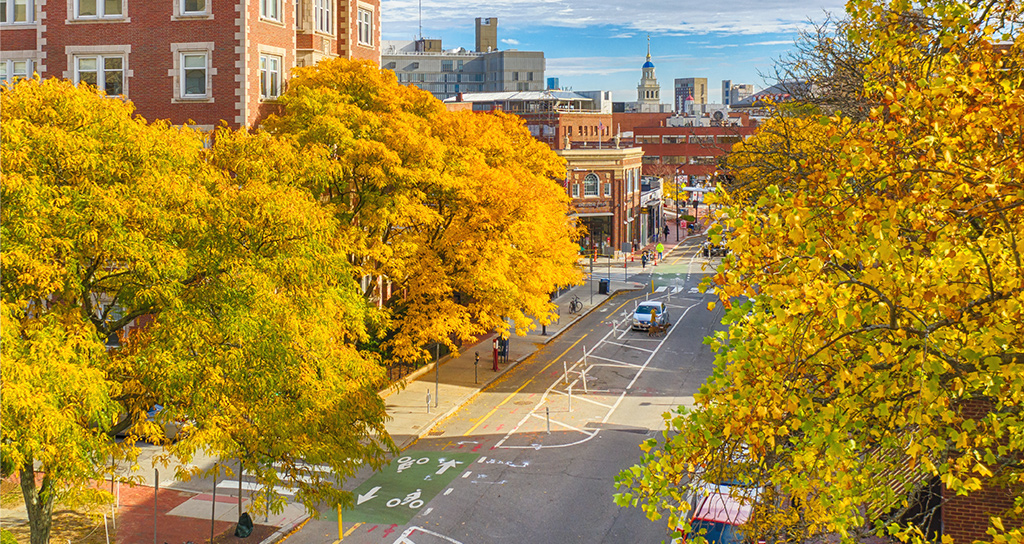 Harvard Square’s Brattle Street got some of Cambridge’s first bike lanes in a recent push for safety infrastructure. The lanes were added in the summer of 2017. (Photo: MassAve4 Impacts Analysis)

The city completed construction of 2.4 miles of separated bike lanes and started work on another 1.7 in the 12 months beginning May 2020, for a total of 4.1 miles of construction, according to a report released Thursday by the city.

“Overall I think it’s been a good and reasonable pace, especially with the challenges of 2020,” said Susan Sheng, of the Cambridge Bicycle Safety Group, on Tuesday. “I moved to Cambridge in June 2020, so as a relative newcomer, I’m really coming to appreciate the Cycling Ordinance and how it lays out specific mileage, street goals and timelines.”

A city chart shows miles of bike facilities by year since 2004:

A recent point of tension involves the so-called MassAve4 — four particularly complex segments of Massachusetts Avenue — on which a study commissioned by the city showed installing bike lanes would cause “severe” traffic issues. Proponents of bike lanes worry that the study was too limited and did not include configurations that would limit the impact of the lanes on parking and other modes of transportation.

The city acknowledged that the MassAve4 will be tricky, and final plans for the areas are not expected for another year. In the meantime, plans in other locations got a largely enthusiastic response from the community.

Recounting a May 27 meeting on a segment of Massachusetts Avenue near City Hall slated to get separated bike lanes this year, Sheng said she appreciated that the discussion focused on how designs could improve to better serve the community, “including cyclists, pedestrians, transit riders and business owners.”

Bike lanes continue to maintain the support of the City Council. “It’s great to see the first annual progress report published … and see it include more than 4 miles of protected bike lanes completed this year and nearly five planned for next year,” councillor Jivan Sobrinho-Wheeler, chair of the council’s Transportation Committee, said Monday.

Residents can see a full outline of the city’s plans here and view a map here. As more locations move into the planning phase, the city expects to hold more meetings for public comment like the one held May 27.