‘The Many Saints of Newark’: ‘Sopranos’ prequel pulls off a killer job, a setup you’ll love falling into 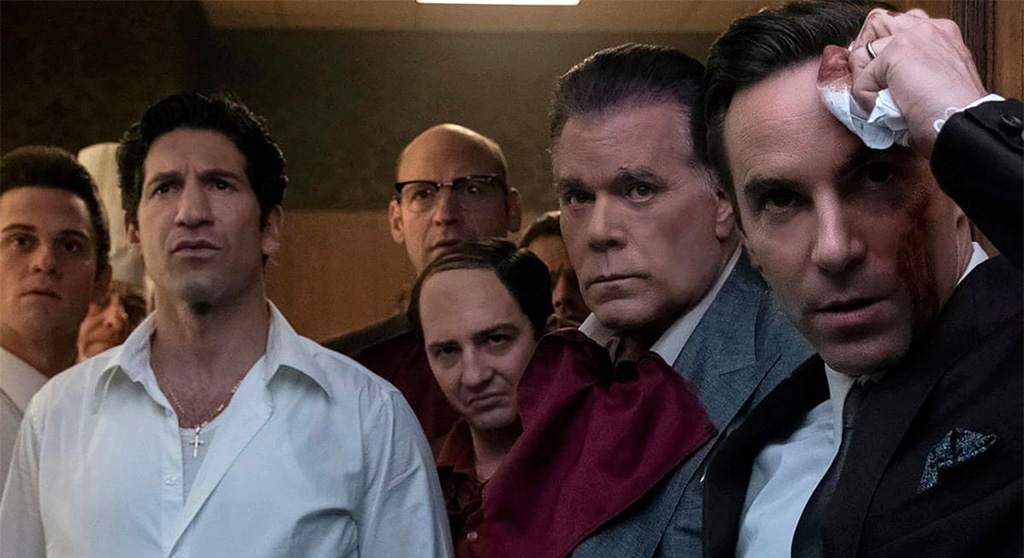 ‘The Many Saints of Newark’: ‘Sopranos’ prequel pulls off a killer job, a setup you’ll love falling into

Tony Soprano may or may not have been offed in the last episode of the storied mob series “The Sopranos,” but actor James Gandolfini has, sadly, left us. As the crime boss he is and was the show; it would be hard, if not impossible, to have a sequel or a revival without him. With that in mind, what series creator and writer David Chase and director Alan Taylor have done here is craft a prequel with Gandolfini’s son, Michael, in the role of the young Tony Soprano.

If “The Many Saints of Newark” were a Marvel Universe chapter, it would be tagged as an origin story. Thankfully that’s not the case, and Chase’s deep sense of place and roots and attention to historical detail, as well as a battery of brilliant performances, make “Saints” a winning flashback. We begin in the 1960s in the Italian North Ward of Newark, where racial tensions with the neighboring Black working class of the Central Ward are at an all-time high. The big boss of the moment is a colorful yet fading caricature by the name of “Hollywood” Dick Moltisanti (Ray Liotta), just back from the old country with a beautiful young bride (Michela De Rossi, casting shades of Penelope Cruz). As with the HBO show, small happenings have wide and traumatic repercussions. Dick’s take-charge son, Dickie (a dangerously charismatic Alessandro Nivola), covets his old man’s wife, who becomes his mistress and the spur of many bloody actions – she’s Helen of Newark.

Without giving too much away – the twists and turns are a fraught pleasure, as connections to the series abound – there’s a power shift and the younger version of series staple Corrado “Junior” Soprano (Corey Stoll) becomes the one holding court, though it’s Nivola’s Dickie calling the shots. The voiceover that drives the film comes from none other than Michael Imperioli’s Christopher, Dickie’s son, reflecting on the fatherly relationship between Dickie and the young Tony because Tony’s dad, Johnny Boy (Jon Bernthal) spends more time in jail than at home. Even as a 10-year-old, the young Tony shows seeds of his later self, running numbers at school, rigging tests and later shaking down the ice cream man. The main focus of the film, however, remains Dickie looking to expand operations. One of his primary soldiers, Harold McBrayer (Leslie Odom Jr.), an ambitious small-timer from the Central Ward, often sets off Dickie’s associates because of his race. The Newark race riot of 1967, like De Rossi’s beauty, becomes the source of many a plot turn, and a handy excuse to to burn a body in an abandoned auto shop.

“The Many Saints of Newark” (the Italian surname Moltisanti means “many saints”) packs a lot into the riveting rewind and smartly so, but likely would not hit its marks so well without its dead-on casting. Nivola, who’s spent much of his time in supporting roles, really fills the screen and shows his range here. His Dickie, like Imperioli’s Christopher in the series, is a quiet, passionate type with an explosive temper and deep resolve. Odom, so good as Sam Cooke in “One Night in Miami” (2020) shifts into a whole other gear here, and impressively so. His Harold’s a cool, calculating sort and makes for a perfect, uneasy pairing with Nivola’s Dickie. Bernthal (“Small Engine Repair,” “Fury”) as the assemblage’s palooka doesn’t get much screen time, but when he does he’s a classic shot of working-class Italiano bravado. Stoll, replete with sheer-shaven pate, deftly holds down the part of the younger Junior, who can’t buy an ounce of respect. Liotta, given his turn in Scorsese’s “Goodfellas” (1990), is perfectly minted for the big, blowsy part of Dick, and actually pulls double duty as Dick’s somber brother in prison for life – a confidant often sought by the younger Dickie. It’s a fantastic male-dominated cast, but the female players stand up and stand out too: De Rossi imbues her sensual, fiery object of desire with vulnerability, and there’s a runaway performance by Vera Farmiga (“The Departed,” “Up in the Air”) as Tony’s mom, prosthetic nose and all. Her Livia feels like a natural dish-throwing extension of Edie Falco’s Carmela from the series. The mother-son bond gets some deep digging here, lending to the adage that guys, made or not, often marry their mothers. The ending of the film is a snug tie-in as well, concluding with that infectious theme song by a British band oddly named Alabama 3.