The DocYard and Somerville are back in person; See ‘Candyman,’ ‘Malignant’ and ‘Small Engine’ 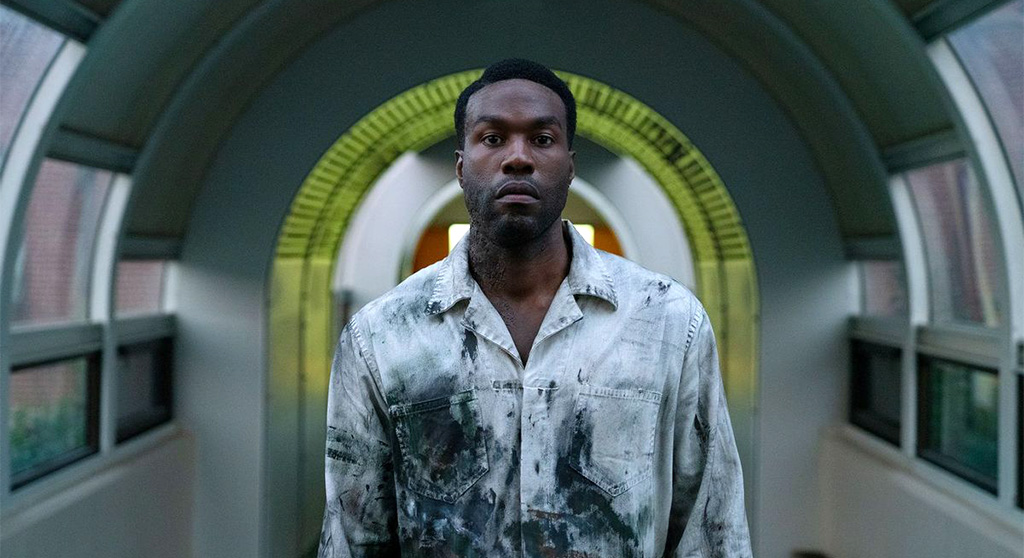 The DocYard and Somerville are back in person; See ‘Candyman,’ ‘Malignant’ and ‘Small Engine’

The “Tales of the Muppet Diaspora” program continues Tuesday at The Brattle Theatre with Frank Oz and Jim Henson’s “The Dark Crystal” (1982), a slightly more macabre offering than the muppet masters’ usual comedies that’s about good and evil in a primitive alter-world (think Tom Cruise in “Legend”); and Spike Jonze’s freaky-cool adult spin on Maurice Sendak’s “Where the Wild Things Are” (2009) on Thursday. In between, on Wednesday, the Brattle hosts a one-night screening of David Byrne’s performance piece “American Utopia” directed by Spike Lee, who’s just come out with a 7.5-hour documentary about 9/11 that’s on HBO Max.

The DocYard returns to in-person screenings at The Brattle on Monday to begin its fall run with Angelo Madsen Minax’s “North by Current,” chronicling cycles of addiction and domestic abuse in north Michigan. Minax will be on hand for a followup Q&A.

In other good news, the Somerville Theatre comes back online Friday with the locally made “Last Night in Rozzie” and 91-year-old Clint Eastwood’s latest, “Cry Macho.” (Tom Meek)

A wacky horror outing that almost works. James Wan, the man behind the “Saw” and “Conjuring” films as well as helming “Aquaman” (2018), is back in the bloodletting biz with this tale of a young housewife named Madison (Annabelle Wallis), who suffers miscarriages thorough spousal beatings. One day the wife beater is killed during a home invasion – or is he? What ensues is a eerie creepshow of carnage in which Madison has visions of a disjointed entity named Gabriel committing murders. Her reporting it to the police draws their interest and lands her intermittently as both victim and suspect. The gory, head-splitting CGI is a tad over the top (as is the theme of cancer personified as pure evil), and the film veers into the realm of unintentional camp. But it keeps its toehold, just barely. (Tom Meek) At Apple Cinemas Cambridge, 168 Alewife Brook Parkway, Cambridge Highlands near Alewife and Fresh Pond; and AMC Assembly Row 12, 395 Artisan Way, Assembly Square, Somerville; and on HBO Max.

John Pollono’s big-screen adaptation of his 2013 off-Broadway play is not only provocative, but should resonate with area folk – it’s a local take on class and regional tradition, much as “Manchester by the Sea” was in 2016. Pollono plays Frank, a working-class stiff in New Hampshire (Manchester, in fact) with a drunken ex (Jordana Spiro) and a teen daughter Crystal (Ciara Bravo) at a vulnerable stage in her life. Frank sober is a dutiful dad, though besties Swaino (Jon Bernthal, “The Walking Dead”) and Packie (Shea Whigham, just in “The Gateway”) are egging him on constantly to fall off the wagon. The film hits its peak when a yuppie teen drug dealer (Spencer House) shows up to deliver a few tabs of molly to Frank and crew and things go from edgy to grim as old-school ways and new-age social media collide. (Tom Meek) At AMC Assembly Row 12, 395 Artisan Way, Assembly Square, Somerville.

Nearly 30 years after “Candyman” gave audiences a chill back in 1992, the instantly classic urban-legend horror story gets an updating as Anthony (Yahya Abdul-Mateen II), a visual artist, and Brianna, (Teyonnah Parris), an art gallery director, move into the former Cabrini-Green housing project in Chicago despite her brother’s claims that the grounds are haunted. Anthony investigates and talks to longtime resident William Burke (Colman Domingo), which inspires Anthony to make an installation, “Say His Name,” a title appropriated from the African American Policy Forum and a hashtag that raised awareness of police brutality against black people. After a critic skewers Anthony’s work, brutal homicides follow of victims who followed the exhibit’s instructions and said Candyman’s name five times while looking in a mirror. Brianna notices Anthony’s mental and physical deterioration as the murders bring attention (good and bad) to the couple. “Little Woods” (2018) and “The Marvels” (coming in 2022) director Nia DaCosta cowrote this sequel of sorts with hot property Jordan Peele (“Get Out,” “Us”). She paints gorgeous, glossy visuals, and the story grounds the horror by connecting it with lynchings and an inequitable justice system. But reframing the legend as a vengeful specter instead of Tony Todd’s romantic, Byronic icon inadvertently erases Anthony’s agency and individuality, and glosses over how Candyman terrorizes his community. (Sarah Vincent) At Apple Cinemas Cambridge, 168 Alewife Brook Parkway, Cambridge Highlands near Alewife and Fresh Pond; and AMC Assembly Row 12, 395 Artisan Way, Assembly Square, Somerville.