Meet ‘Fanny’ at the Boston Women’s Film Fest, welcome in The Addamses, Karloff and Carnage 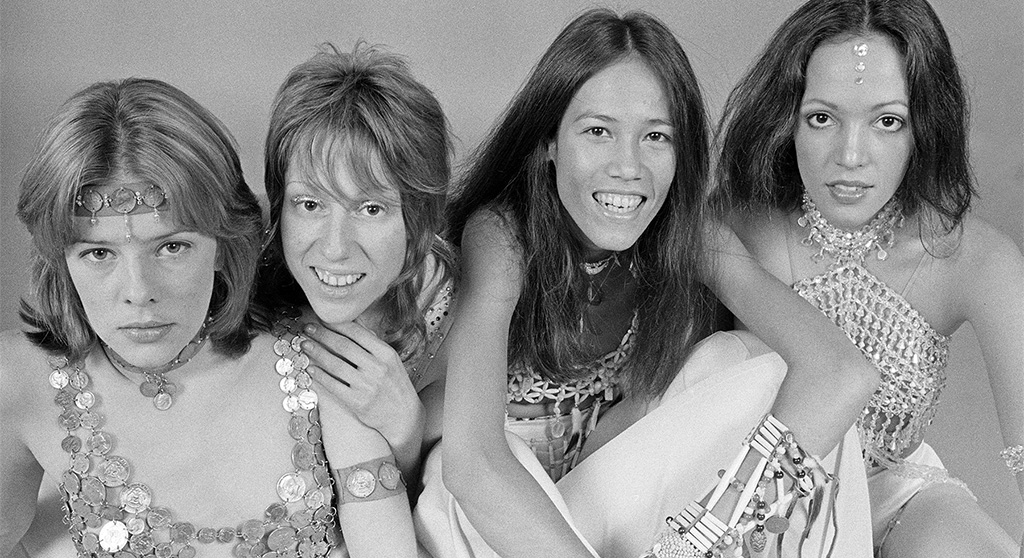 Meet ‘Fanny’ at the Boston Women’s Film Fest, welcome in The Addamses, Karloff and Carnage

The annual Boston Women’s Film Festival kicks off Friday in a hybrid format and runs through Oct. 17. The opening night film “Fanny: The Right to Rock” will screen in-person at The Brattle Theatre. The rock-doc is about the 1960s West Coast girl band Fanny, formed by two Filipina-American sisters with other musically inclined teenage BFFs. The band would become something of a cult curio. David Bowie was a fan at the time, and adoring talking heads that chime in include Bonnie Raitt, Kathy Valentine of The Go-Go’s, Todd Rundgren, The Runaways’ Cherie Currie and Kate Pierson of The B52’s. One of the neats twists of the film and the catalyst for its mission is the reunion of Fanny 50 years later. Director Bobbi Jo Hart and June Millington, a member of Fanny (who runs an Institute for the Musical Arts’ rock camp for girls in Western Massachusetts) will attend. Reminder: The Brattle requires proof of vaccination or a negative Covid test result to enter.

Virtual festival offerings include “Hive,” about a Kosovar widow struggling against societal norms, “Jane by Charlotte,” Charlotte Gainsbourg’s portrait of her mother, Jane Birkin, and “Memoirs of a Black Girl,” Thato Rantao Mwosa’s locally shot debut in which the young protagonist, Aisha (Khai Tyler), must make tough choices that threaten a coveted scholarship. A complete listing of films, tickets and additional information is here.

Also Friday, the offbeat film initiative Channel Zero returns to the recently reopened Somerville Theatre with “Comrade Don Camillo,” the 1965 Italian comedy directed by Luigi Comencini that follows the titular anti-communist on a trip to Russia and through political jockeying with a small-town mayor and a gift tractor that’s kind of a Trojan horse.

The Harvard Film Archive will exhibit virtually for the fall season, kicking off the 2021 calendar Friday with a “Devour the Land” series about landscape and U.S. history, presented as a companion piece to the Harvard Art Museums’ current exhibit, “Devour the Land: War and American Landscape Photography since 1970.” The program rolls out with Jim Finn’s “The Annotated Field Guide of Ulysses S. Grant” (2020), which looks at the mark of the Civil War on land and culture – good and bad – through a cross-country trek. (Tom Meek)

There’s tremendous voice talent in this animated sequel, itself a redux of the 1990s film franchise helmed by Barry Sonnenfeld and the popular 1960s TV show about a family of ghoulish beings and animated body parts. You’re got Charlize Theron and Oscar Isaac as Morticia and Gomez and Chloë Grace Moretz as Wednesday. Here tweener Wednesday is upset that she didn’t win the school science fair with her Frankenstein-like doings and ghosting from mom and dad as she becomes a teen, so Gomez cooks up a road trip to bring them all together. My 12-year-old daughter wants you to know the 2019 entry was better; I think they’re on par. The best is when Lurch walks into a biker bar and performs “I Will Survive,” and having Snoop Dogg play Cousin It. Google Charles Addams, the guy who penned the cartoons that started it all; his zany life is a movie in the waiting. (Tom Meek) At Apple Cinemas Cambridge, 168 Alewife Brook Parkway, Cambridge Highlands near Alewife and Fresh Pond, and AMC Assembly Row 12, 395 Artisan Way, Assembly Square, Somerville.

Executive producer, co-writer and Frankenstein memorabilia record holder Ron MacCloskey’s unofficial sequel to “Karloff and Me” (2006) provides more of a career retrospective than biography of Boris Karloff, the actor best known for playing The Monster in James Whale’s “Frankenstein” (1931) and narrating “How the Grinch Stole Christmas!” (1966). Featuring film and television clips and interviews with filmmakers such as Guillermo del Toro and Peter Bogdanovich, actors such as Ron Perlman and Christopher Plummer, and film historians such as Leonard Maltin, this documentary is a paean to Karloff’s artistry and understated advocacy for actors’ rights with fellow horror icon Bela Lugosi. Viewers may walk away with a list of lesser-known classic Karloff films to add to their queues, such as “The Black Cat” (1934) or “Targets” (1968). The filmmakers in a miss skip over Karloff’s “Yellow Peril” roles and the effect they had on xenophobia against East Asians, especially considering that Karloff considered the parts “simply ridiculous,” and the possibility they further influenced his decision to hide his South Asian heritage. (Sarah Vincent) At Landmark Kendall Square Cinema, 355 Binney St., Kendall Square.

More superhero films should embrace the willful silliness that makes “Venom: Let There Be Carnage” one of the surprise charmers of the year. Deliberately shallow in plot and with a setup that recalls the “Batman Forever” (1995) aesthetic, this “Venom” follow-on as directed by Andy Serkis is brassier, more playful and funnier than it has any right to be. Tom Hardy continues to (seemingly) have a blast in the dual roles of Eddie Brock and Venom, whose odd-couple back-and-forth is the film’s real heart – and more of a love story than many a neutered Marvel films contains these days. The editing is largely sloppy, and the villains played by Woody Harrelson and Naomi Harris are straight out of the Joel Shumacher school of acting. Still the 90-minute “Venom 2” is mostly a tight, engaging and bizarre love story between man and his symbiote. (Ally Johnson) At Landmark Kendall Square Cinema, 355 Binney St., Kendall Square; Apple Cinemas Cambridge, 168 Alewife Brook Parkway, Cambridge Highlands near Alewife and Fresh Pond; and AMC Assembly Row 12, 395 Artisan Way, Assembly Square, Somerville.