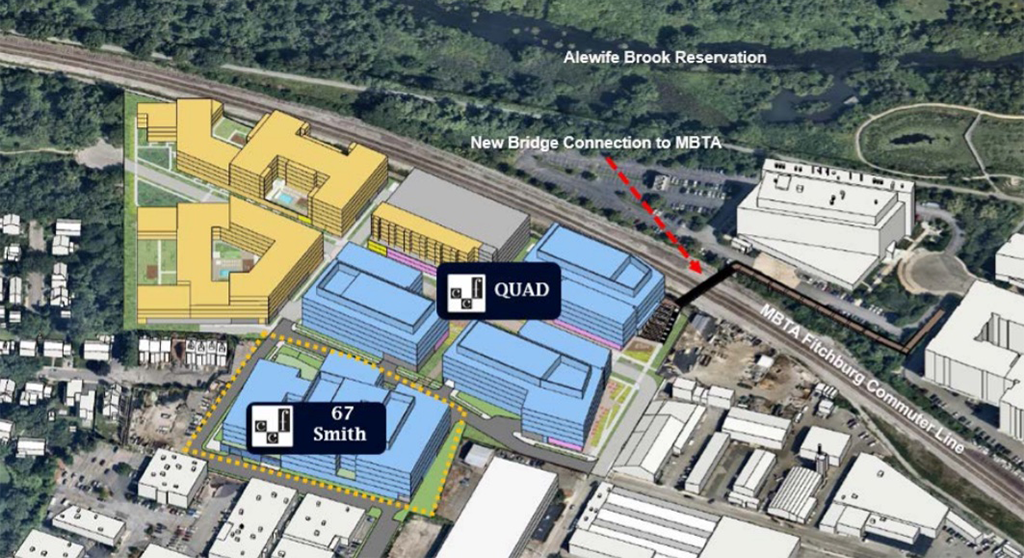 Twelve acres owned by Cabot, Cabot & Forbes in the Cambridge Highlands neighborhood just sold for $120 million to a Denver firm called Healthpeak Properties, part of $193 million the company has spent on Cambridge properties in a month. The sale was reported Monday by the development platform Bldup.

But that amount surges to $373 million that Healthpeak spent to pick up 18 parcels since August, according to deed records. The purchases were made through three limited liability companies with variations of the name LS Alewife.

The latest move seems to answer to a question posed in March, when the City Council rejected a plan that would see 26 acres in the Cambridge Highlands remade with the Cabot land as a centerpiece. The plans for an “Alewife Quadrangle Northwest Overlay District” had moved closer to approval over four iterations since October 2019, but it was unclear if the developer would try a fifth version.

Cabot bought the 11.8 acres in August 2018 for around $80 million, Bldup said, making this a 50 percent price increase in just over three years. The developer had planned to add some 490 apartments to the area, as well as retail uses such as a brewhouse and gym, instead of installing just the lab and office space that could be built without the sweeping rezoning.

Healthpeak’s plans for the property are unclear. It features eight industrial parcels on Mooney Street and Smith Place along the MBTA commuter rail and near Alewife Station.

Messages have been left with Cabot, Healthpeak and the Community Development Department to see what’s next for the property.

Healthpeak had just picked up 10 Fawcett St., Cambridge Highlands, on Oct. 1 for $73 million, according to documents filed with the Middlesex South Registry of Deeds. The six-story building went up in 1985 and hosts a Social Security Administration office, Action East business adviser and Abt Associated research institute. It had been owned by Invesco since just September 2018, when it paid $60 million with The Davis Cos.; some three years later, the price for its 142,096 square feet has leaped by 22 percent.

Before that came Healthpeak’s purchase of Raytheon properties in Cambridge for $180 million – an August purchase of 229,000 square feet of office space that was reported Sept. 14 by Bisnow based on deed records, though Bldup had a report of the transaction five days earlier. Clarion bought the portfolio from Goldman Sachs Realty Management in 2013 for $61 million. The property has seen a 198 percent markup in eight years.

Healthpeak, which owns the 160,000-square-foot 101 CambridgePark Drive life sciences building expected to open to tenants in the fourth quarter of 2022, is an owner and developer of real estate in continuing-care retirement communities as well as in life sciences and medical offices. The company describes it as a $170 million project.