Watch Will Smith as a winning ‘King Richard,’ ‘Boy Called Christmas’ and ‘Life of Louis Wain’ 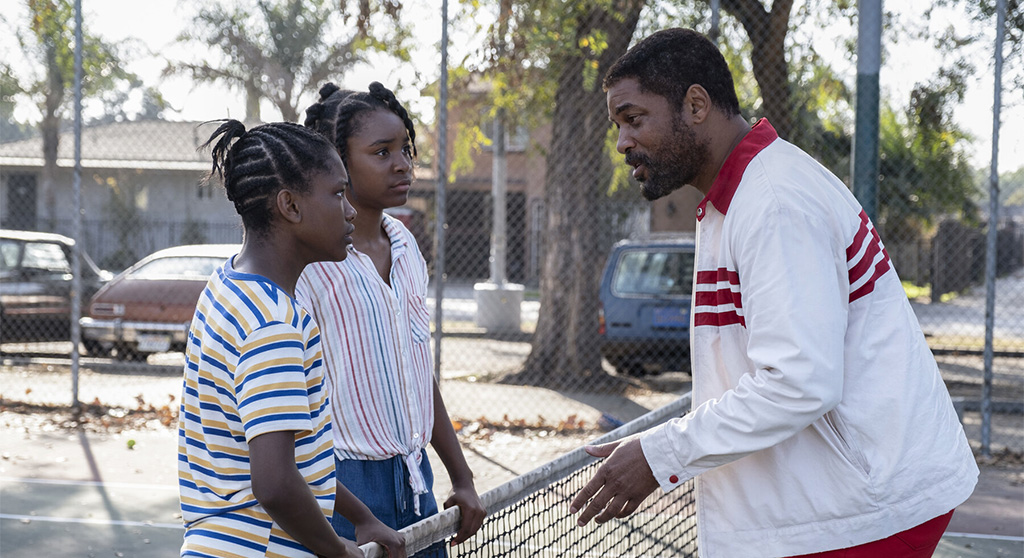 Watch Will Smith as a winning ‘King Richard,’ ‘Boy Called Christmas’ and ‘Life of Louis Wain’

Will Smith is more than Oscar-worthy in Reinaldo Marcus Green’s focus on the hard-driving father of tennis prodigies Venus and Serena Williams. The story’s an incredible testament of will as Smith’s Richard concocts an 80-page manifesto to convince folks to invest in the future of his daughters. There’s not many takers, but ultimately – in the film’s best scene – Richard gets a shot with Paul Cohen (played by Tony Goldwyn, also impressive), the coach of John McEnroe and Pete Sampras. This is all the more impressive given that the Williamses live in the crime-riddled neighborhood of Compton, California and face big barriers to entry to a white-dominated sport. Considering the daughters’ record-breaking achievements since, the arc’s a foregone conclusion. But Green (“Joe Bell”) keeps the lens tight on Richard, the not-so-silent partner you probably didn’t know much about. It’s inspirational, to be sure, but eye-opening and an impressive if improbable long game that at times feels somewhat quixotic, even as milestones get checked off. At Apple Cinemas Cambridge, 168 Alewife Brook Parkway, Cambridge Highlands near Alewife and Fresh Pond; AMC Assembly Row 12, 395 Artisan Way, Assembly Square, Somerville; and on HBO Max.

Claire Foy and Benedict Cumberbatch star in this smart-looking period piece about the titular artist who became famous in the late 1800s for his renderings of cats. Wain was a newspaper sketch artist before the advent of photography; afterward, when it became hard to make ends meet, he drew cats and started to come up with theories about electricity and time travel. Ultimately, the film becomes about mental health and how it was seen and treated in Wain’s era. Cumberbatch occupies the role admirably, but the narrative tenor feels unnecessarily subdued and muted. On Amazon Prime Video.

This Christmas origin myth is a neat little holiday treat from Netflix, in which a young boy named Nikolas (Henry Lawfull) in Lapland is given a quest by a king (Jim Broadbent) to find Elfhelm. The blend of live action and fantastical sets is reminiscent of a Tim Burton fantasy with the director on his A-game. The phenomenal cast includes Kristen Wiig, almost unrecognizable behind some bad chompers, Toby Jones, Maggie Smith and the great Sally Hawkins (“The Shape of Water”) as the mercurial ruler of Elfhelm. On Netflix.

Thomas Opre’s documentary chronicles the ordeal of a remote community in Zambia, newly led by a woman chief, as it attempts to break the stranglehold of poverty and poaching that has depleted the area of wildlife. Help comes in the form of relief workers and non-native safari guides who try to ween residents off illegal poaching and bush meat grabs and toward fish farming and other sustainable engagements. Teen alcoholism and domestic violence provide additional obstacles along the way. While impressively shot, and gripping and harrowing in context, Opre’s approach remain aloof and the resulting affect is flat. Coming to Amazon Prime Video.