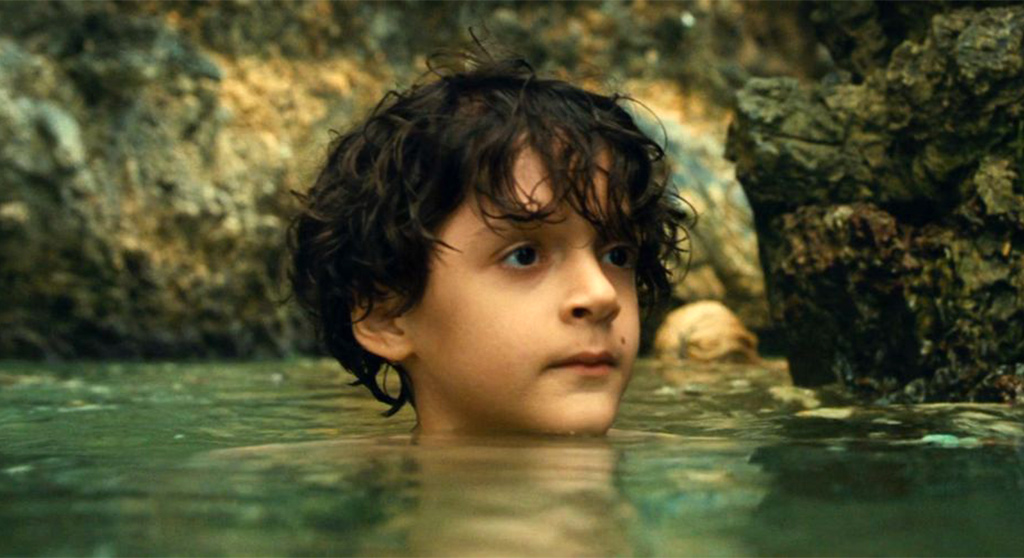 This week The Brattle continues its rewind of the best of 2020 with “Dick Johnson is Dead,” Kirsten Johnson’s highly personal doc about her dementia-struck father; “Black Bear,” Lawrence Michael Levine’s quirky indie film-within-a-film starring Aubrey Plaza (“Ingrid Goes West”); the 20th anniversary restoration of Wong Kar-Wai’s noirish love story “In the Mood for Love”; and “The Sound of Metal,” one of the Day’s best films of 2020. Over in the “Movie Movies” program, The Brattle will show Giuseppe Tornatore’s 1988 love letter to old-world movie-houses, “Cinema Paradiso” which won the Oscar for Best Foreign Language Film. The recently released slam-poetry tour of Los Angeles, “Summertime,” makes its way to the Brattle’s virtual programing portal. (Tom Meek)

For years, Oregon classmates relentlessly bullied Jadin Bell, a gay high school student. Bell ultimately committed suicide. In honor of his son’s dream to go to New York, his father, Joe, sets off to go there on foot, speaking out at stops along the way against homophobia and becoming newsworthy in the process. While this adaptation of the Bells’ true-life story is innately moving, longtime cowriters Larry McMurtry (“Lonesome Dove”) and Diana Ossana (they won an Oscar for “Brokeback Mountain” back in 2005; McMurtry died this year) fumble the retelling some. The title implies that Joe’s story is the focus, yet the unnecessarily convoluted narrative bounces too much between past and present as well as the POVs of father (Mark Wahlberg, playing against his usual jacked, macho persona) and son (Reid Miller). It also tips a key plot twist midway through. Sans dialogue, the opening scenes employ the majestic landscape of the Americas to foretell the actual end of Joe’s journey. It’s a poignant start from director Reinaldo Marcus Green (“Monsters and Men”), who unfortunately lets the emotional bar drop as the film marches on. The most affecting scene in the movie is a heart-wrenching phone call between Jadin, a female ally and her mother. Maxwell Jenkins, as Jadin’s little brother, wordlessly steals every scene he’s in. (Sarah Vincent) At Landmark Kendall Square Cinema, 355 Binney St., Kendall Square.

I’m tired of watching Bruce Willis phoning it in, giving anemic performances in second-tier parts in second-tier films (“Hard Kill” and “First Kill” to name two). His latest, sadly, is no exception. The slightly good news is that the film doesn’t hang on Willis’ FBI agent so much as Megan Fox (“Transformers”), who’s more lively as his partner and as bait for a serial killer who’s adding to his body count in South Florida. Also in the mix is Emile Hirsch (“Into the Wild”) as a local law enforcer looking to solve the crime and Lukas Haas (“Witness”) and rapper Machine Gun Kelly, who shine as underbelly crawlers and potential suspects. The scenes between Kelly and Fox are some of the more intriguing in an otherwise subpar spin on a catch-the-killer mystery, and reminiscent of the recent Florida shitshow road trip “Zola.” (Tom Meek) In limited release, coming to streaming soon.

“What’s old is new again” is a pretty apt tag for this M. Night Shyamalan outing that, like many of the director’s quirky thrillers, rides a long tease of “What the heck’s going on here?” before a big gotcha reveal in the final act. Sometimes that trick works (“The Sixth Sense”), sometimes it doesn’t (“The Happening”). This journey to a vacation resort island where visitors day-trip to an isolated cove and age exponentially – and can rejuvenate after violent trauma such as knife wounds – is more the latter, putting it a notch below “The Village.” The talented ensemble includes Abbey Lee, Thomasin McKenzie (so good in “Leave No Trace”), Rufus Sewell (“The Father”), Vicky Krieps and Gael García Bernal as those left stranded in a walled-in bay with no way out. Blackouts, babies and seizures ensue, as well as some nonsense about hieroglyphic crypts and nature’s super magnets. The big twist comes with an ethical barb. (Tom Meek) At Apple Cinemas Cambridge, 168 Alewife Brook Parkway, Cambridge Highlands near Alewife and Fresh Pond)

A provocative lo-fi spin on atonement and redemption that, despite some heavy-handedness, rises on truly lived-in performances. Directed by Rock Davis and Jay Rodriguez Jr., “Steps” tells the yearslong ordeal of Brian Coleman (Robbie Morgan, “Mudbound”) a successful Jersey City citizen who loses it all after getting shot during a holdup and becoming an abusive alcoholic. Homeless 14 years later, Brian watches his son grow up from afar and learns his ex-fiancée (Tia Dionne Hodge) is about to marry someone else. To right himself, Brian reaches out to a church and takes the proverbial steps to get back on his feet, which leads to a job as a personal aide caring for the elderly and people with disabilities. One assignment leads to the door of the gang-banger (Walter Fauntleroy) who shot him – now paralyzed and in a wheelchair due to street violence. The back-and-forth between the men, sometimes fueled by anger and sometimes by compassion, is a powder keg of emotion as the actors embody their characters’ inner turmoil with nuance. The abundance of coincidence may feel too overpacked to be credible, but once you’re in the room with Morgan and Fauntleroy, it’s a nonissue. (Tom Meek) On Tubi.

Or “Bruce Willis Phoning It In, Part II.” The plot’s all over the place: first contact and then a war between the so-called human’s Alliance and an alien race that manifests itself by taking over human bodies, zombie style. The result’s kind of a thrill-free remake of John Carpenter’s unheralded “Ghosts of Mars” (2001) with a bit of “Interstellar” (2014) world-hopping and a cameo from “He-Man” villain Skeletor thrown in. f it sounds gonzo, the execution is sinfully inert. Willis plays James Ford, an old mercenary pulled back in for this one last job. He’s not onscreen that much, and is pretty much the least interesting thing when there. Frank Grillo, doing his badass schtick, and Brandon Thomas Lee, son of Pamela Anderson and Tommy Lee, bring the sauce and bite as those in Ford’s charge. The funniest (sad) thing about the film is that it’s set in 2521 and onward, yet folks are driving 1980s Ford pickups and listening to 1990s alterno-rock. (Tom Meek) On Netflix.