‘Licorice Pizza’: Head over heels for Alana Haim in the shaggiest of ’70s Southern California tales 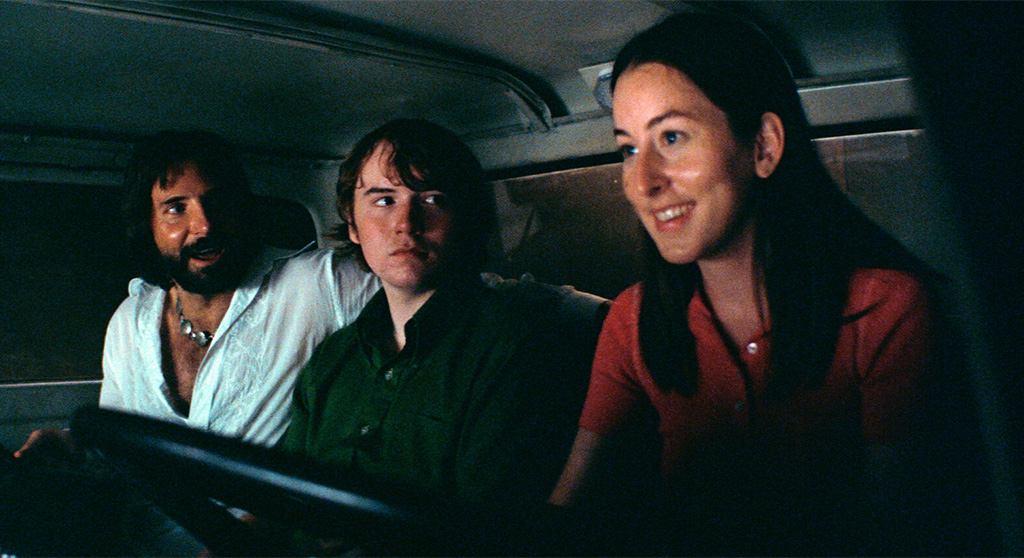 ‘Licorice Pizza’: Head over heels for Alana Haim in the shaggiest of ’70s Southern California tales

Fans of Paul Thomas Anderson’s early, quirky works – “Boogie Nights” (1997) and “Magnolia” (1999) – will delight in his latest. That’s not to say that “There Will Be Blood” (2007), “Phantom Thread” (2017) and “Inherent Vice” (2014) are not insignificant films, because they are; it’s just there’s a dark, cheeky breeziness to those earlier efforts and a style and a tone that propels “Licorice Pizza” from the first frame. The opening scene homes in on 15-year-old Gary (Cooper Hoffman, son of frequent Anderson collaborator Phillip Seymour Hoffman’) loquaciously prattling away to a young woman named Alana (Alana Haim), who’s clearly older (in her 20s). It’s a long, well-choreographed tracking shot that takes us from the long paths of a verdant courtyard to the innards of a school’s gym, where Gary is to get his high school photo. Gary, we learn, is a child actor of some notoriety but on the cusp of aging out, an epiphany that doesn’t put a damper on so much as free up an abundance of other ambitious ideas, including dating Alana. “I met the girl I’m going to marry one day,” he tells a friend. Alana, surprisingly, agrees to a date at a local steakhouse (the infamous Tail o’ the Cock) and later chaperones Gary to a hit TV show reunion in New York City, where one of Gary’s fellow child stars swoops in on her.

Like “Boogie Nights,” “Licorice Pizza” is a love letter to a very specific time and place. Geographically (Encino) and chronologically (1973), it nestles neatly between Quentin Tarantino’s revisionist Manson fable “Once Upon a Time in Hollywood” (2019) and Anderson’s aforementioned meander of the 1970s porn industry. The whole alluring hodgepodge of adolescent misadventures are based on the teen years of Hollywood actor Gary Goetzman (now Tom Hanks’ producing partner). Big stars of the era make it into the mix, most notably the mercurial Jon Peters (an infectiously gonzo Bradley Cooper), Barbra Streisand’s hairdresser turned beau and producer, whose antics and lifestyle were the basis for the steamy Warren Beatty-Julie Christie flick “Shampoo” (1975), and a boozy, swashbuckling William Holden incarnation played by Sean Penn and fictionalized as Jack Holden. The Peters interlude is the result of one of Gary’s money-making ideas, Soggy Bottom, a waterbed installation business in which Gary enlists his friends and Alana, the only one old enough to drive the truck. Empty tanks, winding canyon roads and an oversexed Peters in a tight, white disco suit play big into one of the film’s gloriously goofy scenarios, tied loosely together by the on-again, off-again interactions of Gary and Alana.

There’s no pizza or licorice in the film – it’s a slang name for vinyl records and the name of a record store chain at the time. It never appears in the film, but Steven Spielberg’s daughter and Leonardo DiCaprio’s father do, in uber-small parts, as well as John C. Reilly (who starred in “Boogie Nights” and “Magnolia”) and Tom Waits in cameos as Herman Munster actor Fred Gwynne and a gruff, aging Hollywood director at the end of his career. The real magic here, however, is Haim and Hoffman, two young stars with bright futures. That’s especially so for Haim, a pop star who’s never acted before and yet carries the film quietly and confidently. (She won Best Actress props form the Boston Society of Film Critics this month, beating out Olivia Colman and Nicole Kidman.) Her Alana, living at home, doesn’t see much on the horizon, just the grind of working for a photographer, while Hoffman’s Gary sees opportunity at every turn; he hears California is going to allow pool halls, so what does he do? He goes out and buys pool tables. Anderson, ever playing that fine line between sentimental fiction and reality, casts Alana’s deeply Jewish family with her real-life parents and sisters Danielle and Este, also members in the pop band Haim. Hoffman, doughy and sporting pimples, conjures up a more wide-eyed and jubilant version of his dad while showing the same innate ability to tap into his character’s deeply guarded insecurities. It’s the second time this year a young actor has taken up the thespian mantle of a recently deceased father, the other bittersweet turn being Michael Gandolfini, son of James, playing the younger version of Tony Soprano in “The Many Saints of Newark.”

Not all of “Licorice Pizza” pays off evenly, though there’s also no real downs. What’s here is a wistful coming-of-age saga akin to George Lucas’ “American Graffiti” (made the same year “Pizza” takes place) without the anxiety and anger and soaring on the chemistry and charisma of Haim and Hoffman, the haute idiosyncrasies of the (eve of Watergate) era and a soundtrack that just can’t be beat. (Bowie, The Doors, Donovan and Chuck Berry are among the treasures.) Anderson’s crafted another indelible time capsule with universal access across the ages.