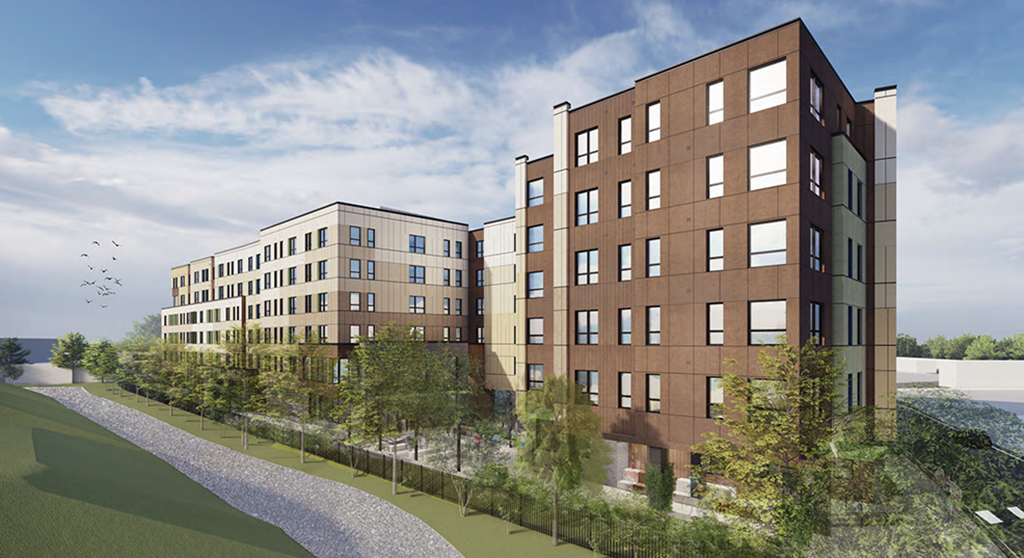 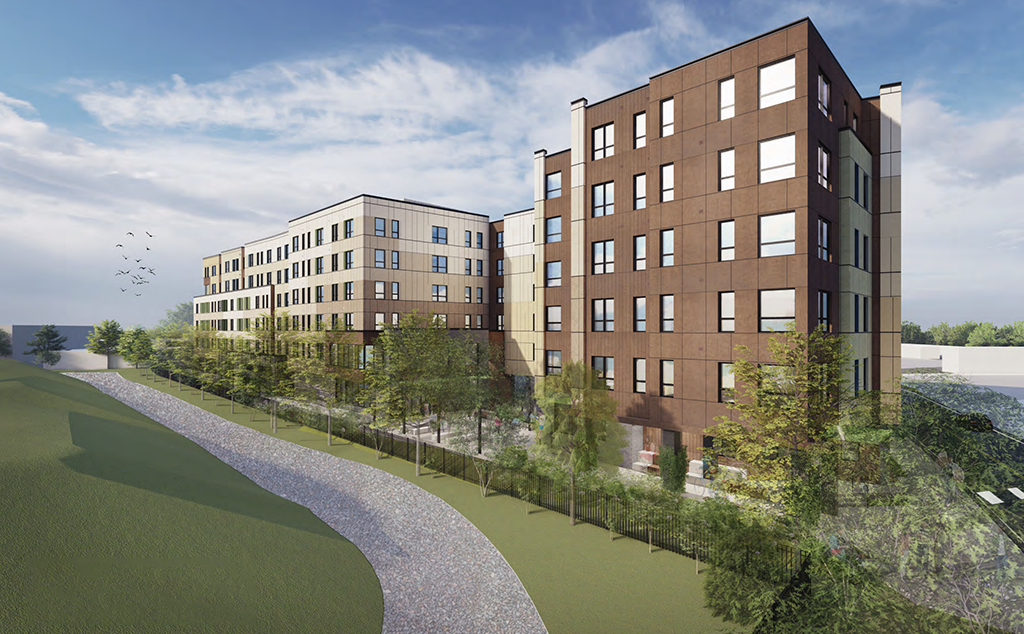 An affordable-housing project that will overlook Danehy Park won praise from members of the Planning Board on Tuesday. One member called it a “poster child” for new Affordable Housing Overlay zoning that reduces the power of the board in refining projects before they’re built.

The building proposed for 52 New St., Neighborhood 9, is one of three in the pipeline for the zoning so far since its approval Oct. 5, 2020, by the City Council. The zoning was to lower barriers to putting up 100 percent affordable housing and, though it was envisioned as resulting in many smaller projects scattered throughout Cambridge in neighborhoods without much affordable housing, the zoning is being used so far for larger projects. In this case, what’s proposed is a six-story building of 129,230 square feet including 107 apartments and 3,000 square feet of commercial space.

After a presentation by Noah Sawyer, director of real estate for the Cambridge nonprofit developer Just A Start, board members were asked by Planning Board vice chair Mary Flynn if they had any questions. There were none.

When asked if there were any comments, member Steven Cohen said, “The reason we’re quiet is because we’re happy.”

Member Hugh Russell expanded on that, saying that when presented Oct. 26 in the first of two required advisory design consultations with the board, “the project wasn’t bad … now it’s better.”

The board had asked in October for mainly aesthetic improvements, such as a more interesting facade that would help reduce the building’s sense of height, and more engaging retail storefronts at ground level. Members wanted more color, and more interesting materials.

The board did not have power to approve or deny an application, but was advising on design – evaluating the proposal “for compliance with AHO standards as well as its consistency with relevant design guidelines, area plans and citywide urban design objectives,” Sarah Scott, an associate zoning planner for the Community Development Department, reminded the meeting.

Still, Sawyer and other Just A Start staff didn’t just run through the tweaks they planned, such as using warmer materials; adding “a series of folds” to create a rhythm in the long facade; attaching color in jambs, solar shades and perforated metal louvers around windows; and adding fencing around a garage with 43 parking space that will let greenery intertwine over time, blending with the park’s greenery.

“This sets a very high benchmark for this process,” member Tom Sieniewicz said, referring to the project as a “poster child” for the AHO process. “They made attempts to address very seriously what our comments were.”

Russell said he was “not surprised with Just A Start that they are trying to make it work, because their projects are always fine projects. But they’ve now set up very high standard that I hope other people will follow.”

Not everyone was as pleased. Member Lou Bacci said he found the developer’s response full of “pushback of why they can’t, why they won’t, why they might – I find that as a negative, they weren’t willing to really go very far.” The building lacked identify, he said, though “I think Just A Start has done what they can.” Member H Theodore Cohen (no relation to the other Cohen) similarly found the project to still be “drab and a bit bland,” though he appreciated a clever, S-shaped interior design meant to make the building feel not as sprawling and impersonal as endless corridors might.

He hoped the developer would go on improving its design, though the project was no longer required to come back for even the board’s advisory review.

In a sign of how well 52 New St. satisfied residents, though, there were few commenters among the public for such a large project. And most critiques had to do with what kind of benches might be placed around the building as it interacted with the sprawling park to its east – backless ones being bad for people with disabilities, and wood or metal being better than concrete.

Perhaps even more tellingly, even board members got in on the conversation. “There’s some wonderful benches outside the public library in Cambridge. I’d like to see something like that,” Russell said.

A board vote for a report certifying compliance with the AHO’s advisory design consultation procedures was approved 7-0-1 by the board, with Bacci being the member voting “present.”