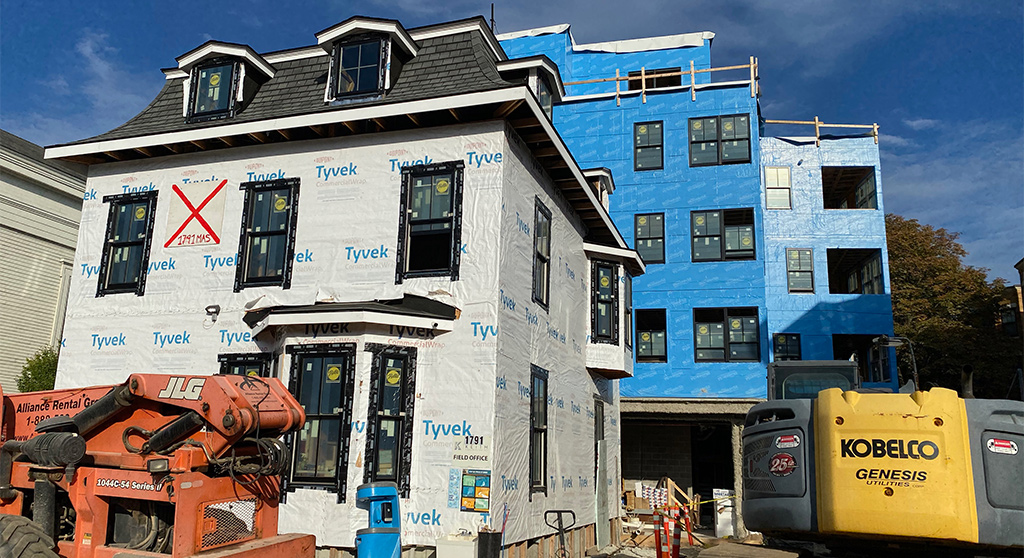 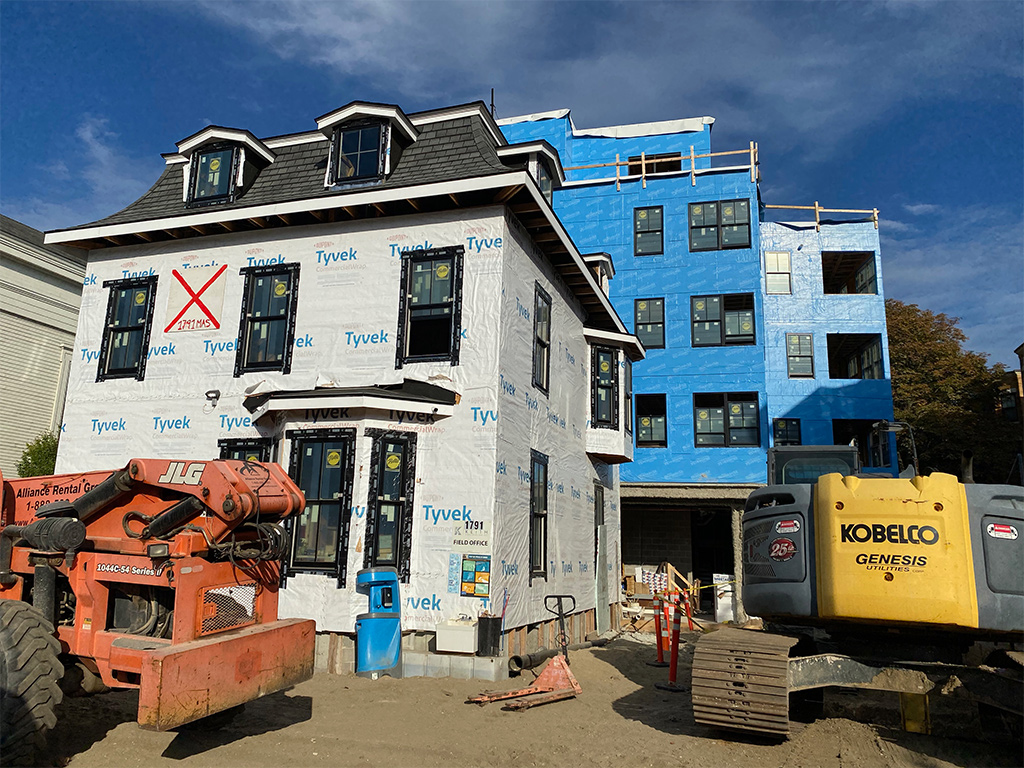 Citywide affordable housing overlay zoning won approval Monday on an all but predetermined 7-2 vote, a repeat of the one last month that advanced it, with the mayor’s final comments reflecting the surrounding ambivalence.

“This is an important economic and social justice moment for our city. I think this is going to provide a pathway” to more affordable housing, Mayor Sumbul Siddiqui said, immediately before hinting at the uncertainties that had dogged the proposal through two iterations in as many terms of the City Council. “It’s not the only pathway. As has been said, this is one tool, and we can and should be doing more … and this council knows there will probably be future amendments” to the overlay.

The zoning is intended to eliminate design limits and hurdles for developers putting up buildings of 100 percent affordable housing – including in parts of the city dominated by single-family homes and so far lacking in affordable units. By allowing more density that brings a bigger financial return, developers of affordable housing should be able to compete better for buildable lots with developers of market-rate housing. Councillors said the idea has been floating around the city as a concept since 2017, and since emerging as the principal proposal of the Envision Cambridge master planning process has seen more than 40 public meetings with around the same number of amendments argued.

It was “the most discussed topic during the last council election [and got] more debate, more discussion and more attention than any other ordinance we’ve passed in my six years here,” as councillor Marc McGovern said. But the zoning is so far most striking for inspiring low expectations even in its proponents. Siddiqui, who grew up in Cambridge affordable housing, called it “for me personally, very important that we provide homes for as many as we can – even if that, for now, is a finite number.”

That number is expected to be 10 to 15 units a year based on city data, councillor Patty Nolan said before casting her “no” vote with Dennis Carlone, both excoriating the city for its failure to follow through over the years on more productive and obvious paths to the creation of affordable units: Building on land the city already owns. Carlone, an architect and urban planner, repeated his complaints that the overlay was born out of “frustration and desperation” because the city had failed to do any actual planning of its own, and the result was likely to be “site-specific overdevelopment.” 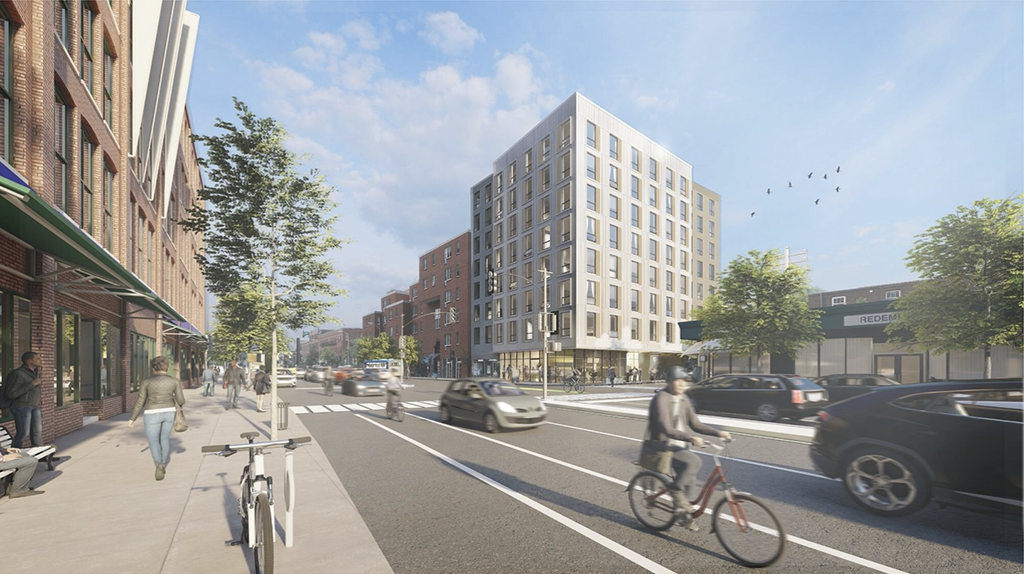 Another 49 affordable units was proposed in North Cambridge pre-overlay by the same developers as Frost Terrace. (Image: Capstone Communities)

Though Envision Cambridge has some 28 actions in its “Housing plan,” a fourth of which are new, the overlay represents only part of one – but is the only item to come before the council despite an Envision goal of adding 3,175 affordable units to the baseline 8,117 found in 2017. Nolan compared the several overlay units expected with the 98 in the new Finch Cambridge built by the nonprofit Homeowners Rehab Inc. in the Cambridge Highlands, and the 40 coming to Frost Terrace, a project underway near Porter Square by the for-profit developers Capstone Communities and Hope Real Estate Enterprises. The same partnership has another 49 units proposed for 2072 Massachusetts Ave., also near Porter Square, in a third deal done without the overlay zoning.

Those arguing for the overlay seemed tacitly to acknowledge that sheer numbers were not its main virtue.

Tina Alu, executive director of the Cambridge Economic Opportunity Committee, an anti-poverty agency, said skepticism about the limited number of units expected was “perhaps the most insensitive statements [among] those raised by some who questioned the need for the overlay: ‘So why bother?’”

Because “for CEOC participants who struggle to balance the cost of rent and food, it would be a game changer,” Alu said.

A press release from the housing development advocacy group A Better Cambridge also praised the overlay as an upzoning that would increase diversity “in all neighborhoods of Cambridge, including those that have long resisted it.”

“Not only will the AHO be a helpful tool for building more affordable housing throughout Cambridge, the passage of this ordinance also demonstrates the city’s commitment to housing equity,” group co-chair Becca Schofield said.

Some of the most impassioned opinions on the overlay came during the evening’s public comment period, including from resident Jessica Sheehan, who said the high cost of living in Cambridge while trying to cope with student loans meant she still didn’t know where she’d be living next month. “Buildings aren’t scary. Height isn’t scary. Debt, poverty and homelessness are scary,” Sheehan told councillors.

One of the voices opposed was that of Nicola Williams, a former candidate for the council, who said she was baffled that the overlay was “lobbied by the very people who sit at the table to decide on the funding for these projects” and frustrated by another way the city had failed to act on something already within its purview: addressing the problems in its HomeBridge program. Though by definition HomeBridge assistance leads to homeownership for lower-income earners, unlike the overlay, “the homes barely build equity, and you can’t pass it down to your children when you die. Where’s the equity in that?” Williams asked.

This post was updated Oct. 6, 2020, to remove a comment that homeownership isn’t allowed in the affordable housing overlay zoning.