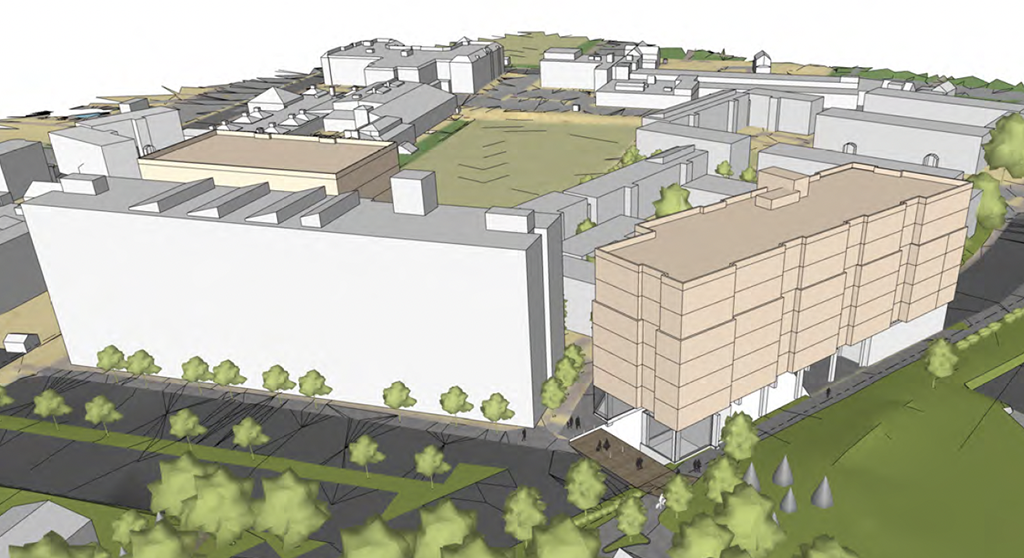 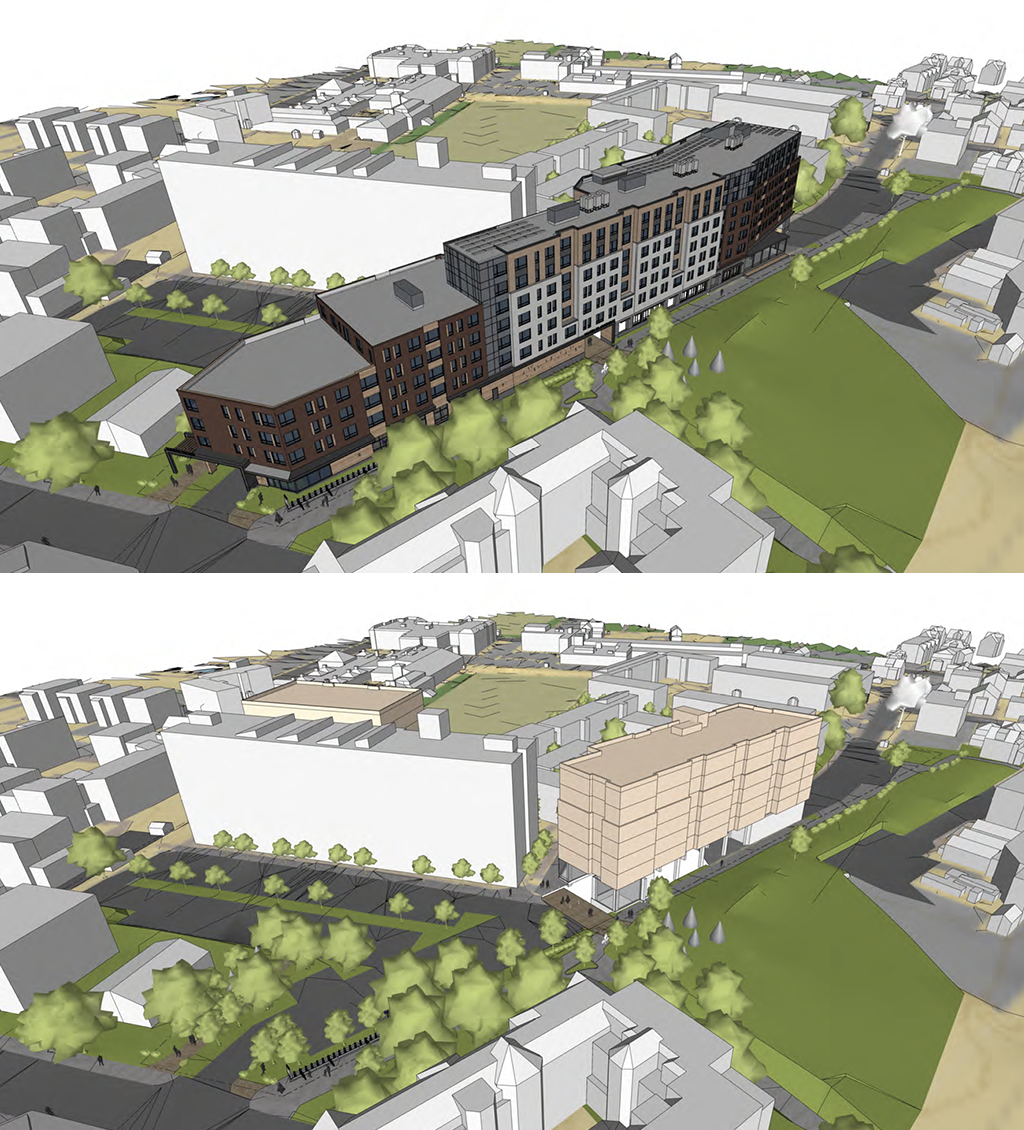 A revamped proposal for adding affordable apartments to North Cambridge’s Walden Square was heard Wednesday, with residents on a Zoom call crediting it as being generally better than the original from last year.

But a litany of complaints from current Walden Square tenants heard during the meeting made the sense of progress hard to gauge. “Our situation needs to be met and fixed first,” 20-year resident Antonio Claudio said. Several speakers expressed fears that the new units would make existing problems worse.

The night before the WinnCompanies team presented its plans, it met with the mayor and around 30 tenants as “the first of many conversations about quality of life and interaction with site staff,” said Michael O’Brien, an executive vice president. Improvements in maintenance and security were promised, including more cameras installed faster, and the forming of a resident focus group that can speak directly to management as issues arise.

The company hopes to see construction started in early 2023 on two buildings with a total 96 new homes and finished in the summer of 2024, with full occupancy by the end of that year, according to the evening’s presentation. 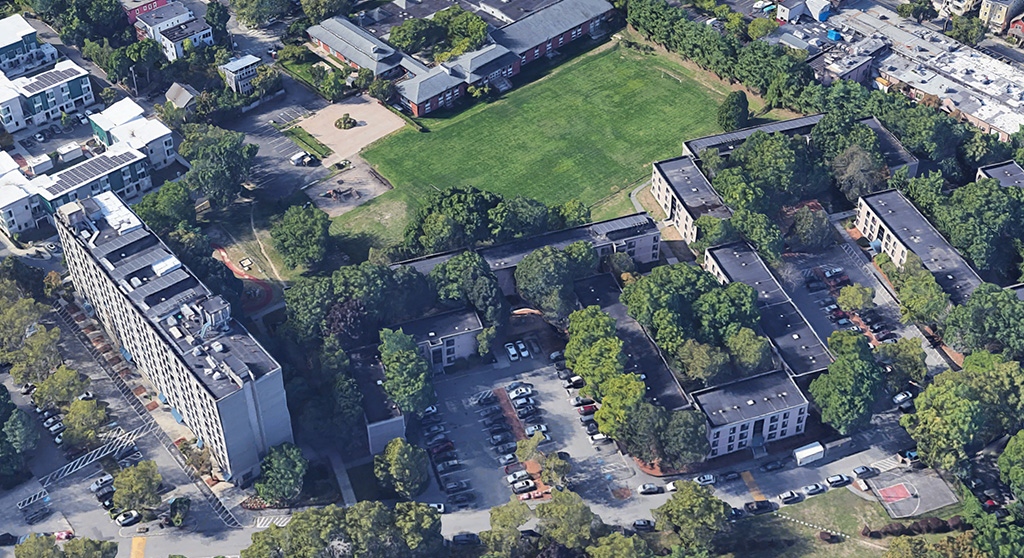 It’s the second take on a Walden Square II project after the first – a slab seven stories tall and 450 feet long at the edge of Winn property, wrapping around an existing nine-story building – drew criticism for its size and design and was withdrawn. The project falls under the city’s new Affordable Housing Overlay zoning, which is supposed to make it easier to build 100 percent affordable projects in part by turning design review from the Planning Board into suggestions a developer can take or leave.

In this case, the first draft of the project was withdrawn before reaching the board. Winn heard the critiques and “we made some significant changes,” said Matthew Robayna, a Winn senior project director. The new proposal more or less cuts the seven-story slab in half, moving one half to the opposite side of an existing building. This allows for better circulation around Walden Square, more open space and 41 new parking spaces instead of 21, company officials said.

The proposed buildings – not yet designed in detail – were described as “tucked back” and “scrunched down.”

But by keeping the number of units near 100, the buildings could still help ease the city’s need for affordable housing, including Walden Square’s own waitlist of 974 new households, they said. (Existing Walden Square tenants who could get a newly built apartment are on a separate list, said Jeff Stigliano, a Winn regional vice president.) The land already holds 240 affordable apartments in one nine-story building and 20 three-story buildings, with 187 existing parking spaces, and some tenants remained concerned Wednesday about overcrowding and adding buildings in a way that would feel cramped.

“Not perfect,” but trying

Though design demands are decreased under the AHO, a developer still needs funding to build, and last month Mayor Sumbul Siddiqui and vice mayor Alanna Mallon told the Affordable Housing Trust they would “would strongly advise” against backing Winn’s project at Walden Square without attention to the complaints.

On Wednesday, company executives repeated assurances from Tuesday’s meeting convened by city officials, telling tenants upset about infestations and other issues they were “not proud” of the problems but were working on them. “Investments that we’ll be making in an ongoing, proactive way” include new paint and carpet in some units within the next couple of months, and an inventory of issues in all existing apartments, O’Brien said. He promised that an investment schedule would be presented to residents.

“We’ve grown the company significantly not by being perfect, but by striving to be perfect,” O’Brien said, pointing to millions of dollars “pumped into the redevelopment of the property” over 22 years of ownership and the securing of its units’ long-term affordability when it was threatened.

A couple of tenants had a counterproposal to essentially tear down Walden Square and build it back better, as the Cambridge Housing Authority is doing at its Jefferson Park project, and said that infestations weren’t due to more waste accumulating during the pandemic or cleanliness issues, but to bad maintenance and a foundation that let rodents invade. Winn officials said the existing buildings were “within their useful life” – and that the expense was out of reach. “No owner has an infinite amount of money, but under an affordable-housing development that’s even more so the case,” Winn president and managing parter Lawrence Curtis said. More units will bring in more money that can benefit all of Walden Square, he said.

Work to be done

Questions posed by tenants Wednesday remain about transportation and traffic, how the new units will affect the city’s power grid and what kinds of shadows the buildings will cast, but those studies have yet to be done.

The company was willing to do the studies, but O’Brien said that with each costing from $50,000 to $100,000, residents should remember that “when you look at the requirements of the AHO, detailed neighborhood impacts on surrounding streets are not part of the script.”

Still, O’Brien said, the company wanted to build consensus around the project.

Company officials also said they would come back with information on the effect of the proposed project on Walden Square trees, and whether there could be an offsite staging area for construction to minimize its effects on tenants.