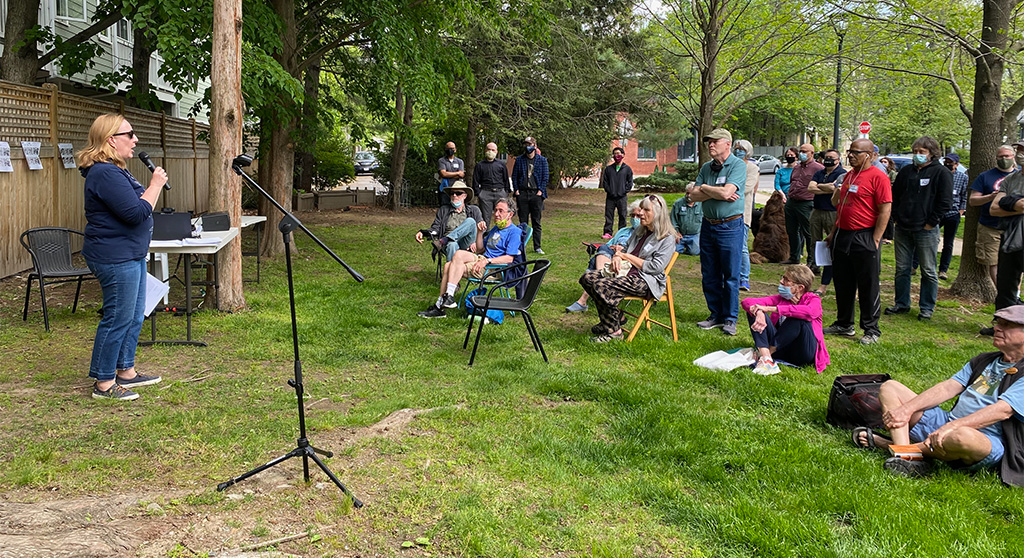 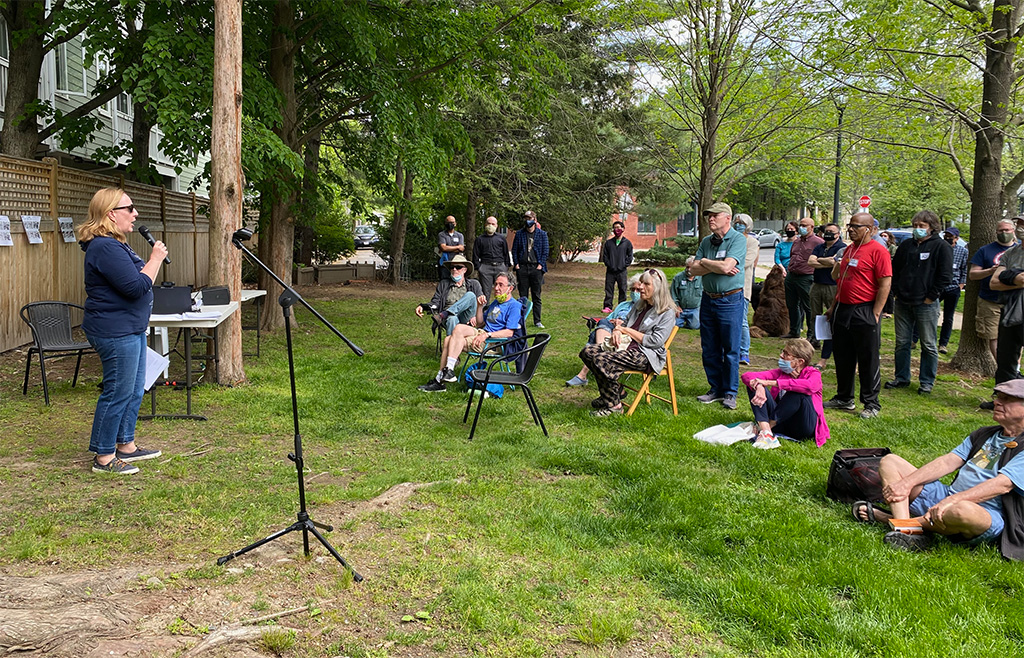 Residents rally against the Walden Square II project on May 15. The first version of the project was since withdrawn. (Photo: Marc Levy)

With a giant housing project in the works that will need money from the city’s Affordable Housing Trust, the Winn company had a response ready Thursday for an “unusual” letter of criticism filed by the mayor and vice mayor with the Trust’s board.

The letter, dated Jan. 20, writes to the board with “serious concerns” about Winn, a developer with a residential property management arm known as WinnResidential. The division handles 100,000 units at more than 550 properties in 22 states and the District of Columbia, including more than 50,000 units of affordable housing, the company said; the letter’s concerns are about the lower-income Walden Square Apartments in North Cambridge.

“Due to the repeated nature of these complaints, the similarity of their content and evidence presented to us, we believe that Winn management is continually failing its residents, especially at the Walden Square Apartments,” wrote Mayor Sumbul Siddiqui and vice mayor Alanna Mallon, saying they would “would strongly advise” against a financial contribution to Winn’s project on the site without attention to the complaints.

The mayor and vice mayor cited “egregious” unresolved pest infestations over several years, with documentation from city inspectors; poor communication from staff that includes bad attitudes and unresolved work orders; and an “environment of intimidation and suggestion that residents leave if they are dissatisfied, which is not a viable option given the lack of affordable-housing options in Cambridge.”

Winn management replied with a letter Thursday, just before the Trust gathered for a meeting.

The company’s John Kuppens, executive vice president of WinnResidential, gave lengthy replies on each point, outlining pest control efforts and what it’s doing to improve its relationships with tenants at Walden Square.

To allegations that residents were told they could leave, Kuppens said, “WinnResidential does not condone this type of attitude among our team members.”

“During the past year, we did have an office staff member about whom residents had lodged complaints. That employee left the company on Dec. 30 after company efforts to address behavior issues,” Kuppens said. “Team members who consistently fail to meet our standards for customer service are subject to discipline up to and including termination.”

All remaining Walden Square staffers will attend a customer service refresher training course in the coming weeks, and Winn will fund an additional staff person dedicated to residents’ day-to-day concerns, “working directly with residents to listen to and resolve requests or questions,” Kuppens said. Winn will also survey residents to learn what languages its notices should go out in – they had been only in English – and reiterate to staff the need to post notices at least 24 to 48 hours before the information is needed. Still, Kuppens said that aside from one crisis he was “not aware of providing less than adequate notice.”

Anonymous resident surveys suggest management does a good job, last year earning a score of 4.7 out of a possible 5, Kuppens said, and company records showed a 99.8 percent completion rate on 1,719 work order requests from the past year.

Problems with management companies aren’t new – including complaints about Winn – and members of the Trust said Thursday that nothing the mayor and vice mayor said about Winn came as surprise.

“It’s not news … that there have been some problems with Winn’s management of their existing housing. I’ve heard about it for years,” board member Susan Schlesinger said.

But the board also wasn’t sure what to do with the warning presented by Siddiqui and Mallon or the company’s response, save for keep them in mind when Winn returned with an application for the building it wants to put up called Walden Square II under the city’s new Affordable Housing Overlay zoning. That project isn’t close; after broad-based dislike was found for a design for a slab 85 feet tall and 450 feet long at the edge of Winn property, wrapping around an existing nine-story building, developers pulled out of a Planning Board presentation and decided to try again with a major revision. That would lead to a new public process. “There’s been a lot of community concern around this project,” Schlesinger said.

In the months it would take for a second approach at the building to reach the Trust, city staff could follow up on resident complaints, the Cambridge Economic Opportunity Committee could sponsor a tenant meeting or city councillors could call a tenant town hall, board members said. “There needs to be a broader conversation among tenants and the management company,” DeRosa said.

Winn has offered to meet with the mayor and vice mayor, and Community Development Department staff could be there “to help understand and strategize, because we certainly don’t want to be in a position where we’re coming back to you with a funding request with this issue still of concern,” Chris Cotter, the CDD’s housing director, told members of the Trust’s board.

“It’s an unusual thing for the mayor and vice mayor to be addressing a letter to you like this,” Cotter told the board.

This post was updated Jan. 28, 2021, to correct that comments attributed to Elaine Thorne were actually said by Elaine DeRosa.