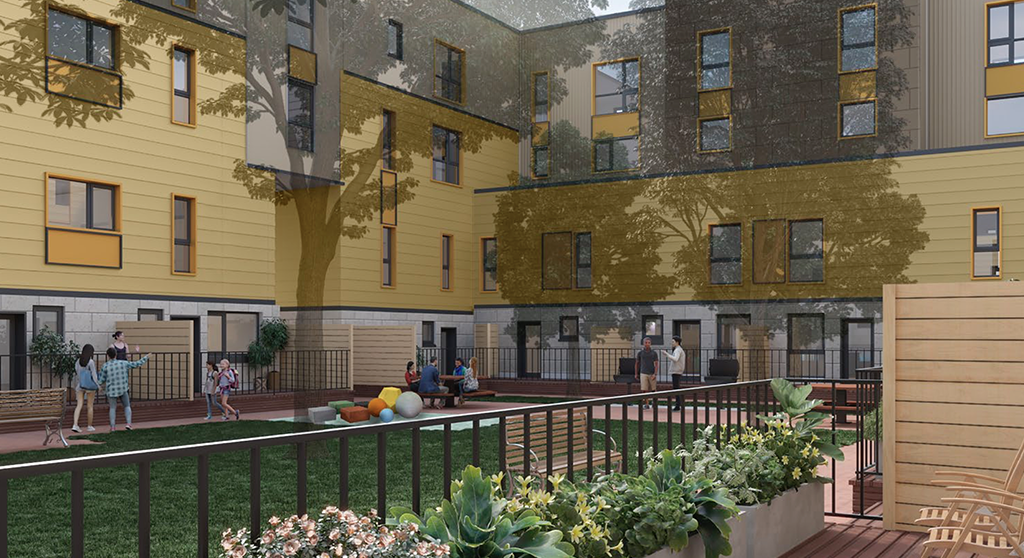 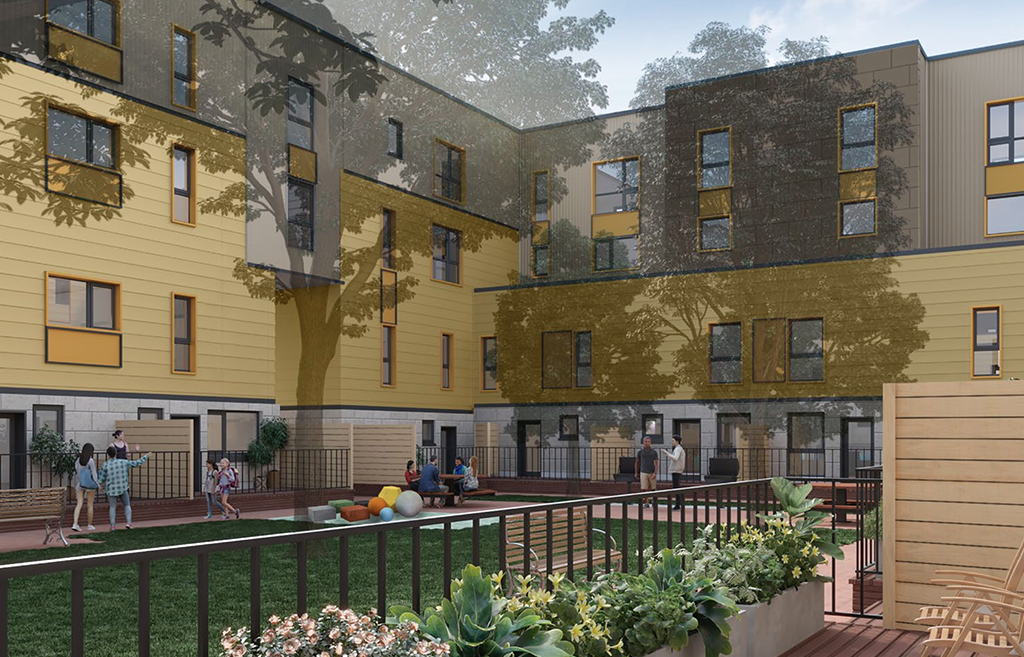 A rendering shows how the 278-unit Jefferson Park Federal housing is expected to look after renovations. (Image: Cambridge Housing Authority)

Designs for rebuilding the Jefferson Park Federal public housing development in North Cambridge, including 103 additional apartments for low-income families, won approval from the Planning Board on Tuesday. Because the project falls under Affordable Housing Overlay zoning, the board couldn’t have prevented the Cambridge Housing Authority from going ahead with Jefferson Park no matter how it voted, but the decision gives the agency a good report card and brings the massive project closer to construction.

The board’s unanimous vote to certify that the project meets overlay design standards will go to the city’s superintendent of buildings, leading to a building permit.

Jefferson Park, totaling 278 units, is the largest project in the pipeline under the overlay, a 2020 zoning regulation that relaxes requirements for developments where all the units are for low- and moderate-income tenants or buyers. The City Council approved the overlay to help affordable-housing developers compete better with builders of market-rate housing by reducing expensive delays and uncertainties related to zoning. The regulation also aimed to bring affordable projects to areas of the city where zoning had previously discouraged them.

The overlay allows the Planning Board to review designs, but its decisions aren’t binding as long as the project meets the relaxed standards of the regulation that include some height restrictions related to the zoning district where the development will be built. For example, the buildings at Jefferson Park cannot exceed four stories.

Still, the board’s opinions carry weight, and its lack of authority didn’t stop members from commenting, sometimes caustically, on the designs CHA brought to an initial meeting in November. One member said the prominent corner of one building was “tragic” and other comments criticized the agency for a “flat,” “blank,” and “pretty dreary” look.

Opponents in the community castigated CHA for plans to remove 151 trees; the authority said it would plant another 220 trees for a gain of 69 trees overall, although the new trees would have smaller canopy. Others, including a Jefferson Park resident and former City Council candidate James Williamson said the additional 103 units would lead to a concentration of poverty.

Changes win over most

CHA changed its plans in response to the Planning Board. It added trees, benches, play areas, color and two indoor exercise areas, among other things. On the contentious issue of trees, the changed design adds another 42 trees, including nine large ones. There are 32 more onsite parking spaces than originally planned, for a total of 138.

An additional common area and a roof terrace in the changed plan resulted in two apartments shrinking to one bedroom from two, architect Stephen Baker said, but the new design didn’t eliminate any units.

The amended plan won over most board members. “The big picture on this project? I think it’s fabulous,” Steven Cohen said. Most of his colleagues agreed, except one, Alan Price, who said he would vote to move the project forward “with great reluctance.”

“I find myself still struggling to reconcile the community concerns. The fundamental claim of warehousing as an overall design flaw is the criticism,” Price said. “And while I acknowledge that the revised presentation does much to address the concerns, and is certainly better than the design we saw before, I’m frustrated by the constraints of the process, which bring us a prettier but possibly fundamentally flawed project.”

Several of the six people who made public comments at the board meeting Tuesday echoed the complaint about a concentration of poverty. Some also said the CHA could have increased open space by building higher buildings, which might have been allowed had the authority applied for the project under a state law, Chapter 40B, that gives affordable housing developers relief from some local zoning.

Chapter 40B decisions can be appealed, though, which creates the uncertainty that the Affordable Housing Overlay was intended to eliminate.

“The AHO was adopted to create a situation where people didn’t need to go to 40B or a special permit or variances,” board member H Theodore Cohen said. “And maybe you’re limited to four stories, but you get the surety of approval … They’ve got concerns about housing a lot of people as quickly as they can,” he said, referring to CHA.

Another critic from the public, Marilee Meyer, described the CHA’s design changes as “sprinkles and confetti” and said the buildings still had the feel of “the Arsenal Mall in Watertown.”

She repeated the criticism that the project, which is next to affordable housing known as Jefferson Park State, warehouses low-income residents. “I am so sorry for the people who have to live there,” she said.

Teresa Cardosi, who lives in the Woodrow Wilson Court public housing development in Cambridgeport, responded: “It’s not pockets of poverty, it’s affordable housing that gets people out of poverty.”