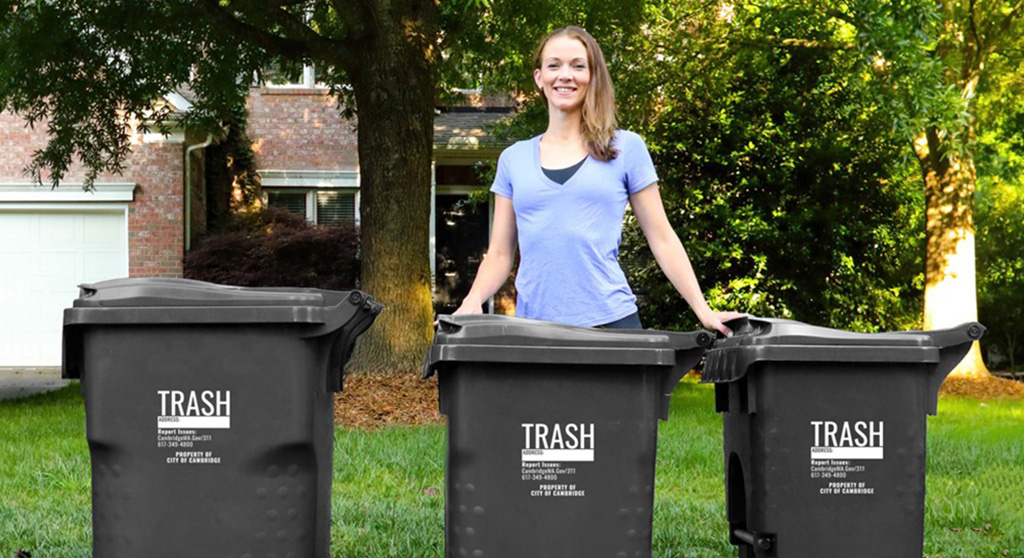 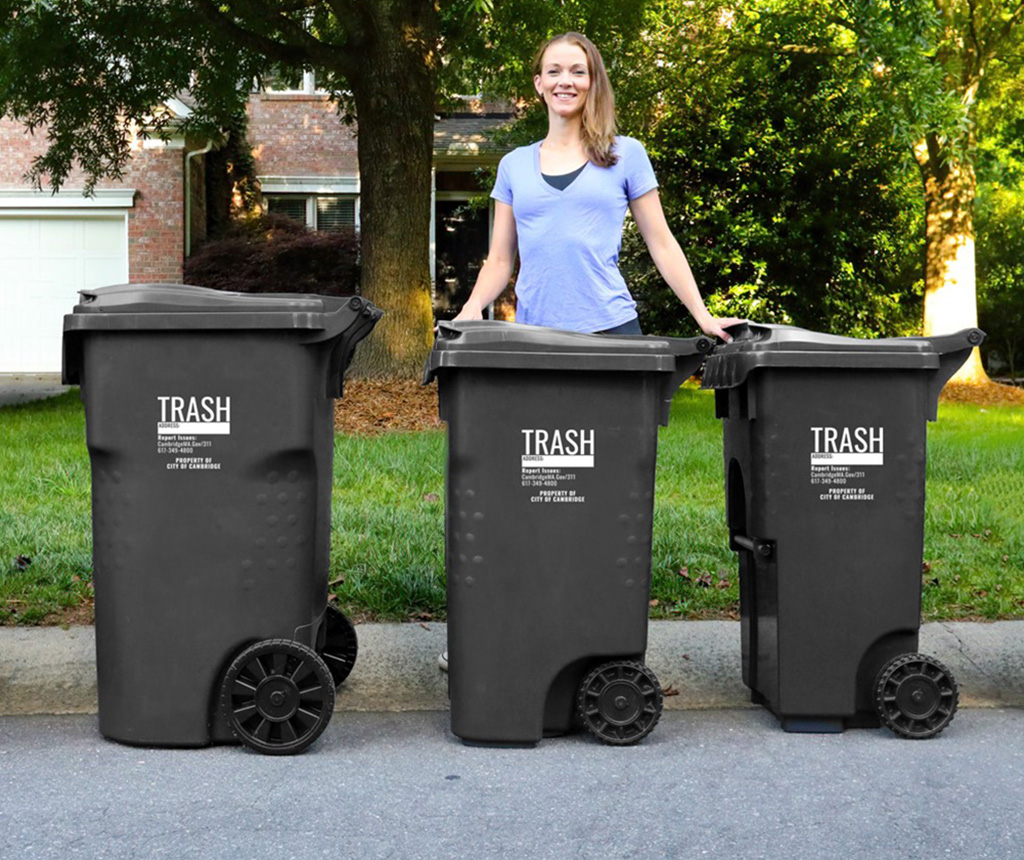 The city has three sizes of trash bins to give to residents in June. (Photo: Cambridge Department of Public Works via Twitter)

Infrastructure for The Port

Port infrastructure improvement project pop-up, 4:30 to 6:30 p.m. Monday. The Port Infrastructure Project aims to reduce flooding by replacing old pipes and putting in underground storage tanks, but it includes issues of street and sidewalks, trees and open space as well as those of drainage, water and sewerage. Next steps will be discussed and public input gathered at this meeting at the Pisani Center, 131 Washington St., The Port.

City Council, 5:30 p.m. Monday. The city is preparing to roll out – its words – replacement wheeled trash, recycling and composting bins to more than 32,000 households in 11,000 buildings (for which it is seeking $200,000 to accomplish the swaps). While the bins arriving throughout June are rat-resistant, and certainly an improvement over the roughly 10 percent of buildings setting out trash in plastic bags, the work is also intended to keep residents’ waste output as small as possible by thinking about how big a bin they actually need. The city has already taken households from nearly 23 pounds per week in 2008 to 16 pounds in 2020; the goal is to drop to only a dozen pounds by 2030. Good news: Of the 1,000 or so households who have asked to get a size other than the default for the new bins, 55 percent have asked to go smaller, said Owen O’Riordan, the city’s public works commissioner. (Fifteen percent asked to go bigger.) Curious residents are invited to a Standardized Trash Cart Citywide Meeting at 6 to 7 p.m. Tuesday; the deadline to ask for different sizes of carts is May 17.

Staff have responded quickly to last week’s slew of council questions concerning the Alewife area, where a moratorium on new offices and labs is proposed while real zoning for the neighborhood is enacted. Community Development is nearly ready to go with a working group to recommend zoning and design principles, including eight names of residents and six slots waiting to be filled by representatives of property owners and developers, local businesses and institutions. The Law Department has answered questions about whether it’s okay for the development moratorium to apply only to labs and offices (yes) and whether any lab or office projects could be exempted from it (no).

The council, meanwhile, asks staff to test adding evening and weekend hours in two of the city’s youth centers this summer to “remediate and interrupt” gun violence.

Budget for the next fiscal year

Planning Board, 6:30 p.m. Tuesday. A review is planned for what life-sciences developer IQHQ expects to do at 36-64 Whittemore Ave., a 19.6-acre site in North Cambridge near Alewife. Watchable by Zoom video conferencing.

Preliminary screening committee for the city manager, 9 a.m. to 5 p.m. Friday. City Manager Louis A. DePasquale leaves office July 5, ending a run of a little over five and a half years. The City Council, led by vice mayor Alanna Mallon, interviews potential candidates to replace DePasquale that could mean the end of the so-far 41-year Robert W. Healy era – meaning that DePasquale and his predecessor, Richard C. Rossi, were internal hires from the tenure of Healy, who took office in 1981, and policy bedfellows. Councillors over the past few years have expressed some interest in seeing a manager who isn’t a white man, but just having an outsider run Cambridge would be a sea change and a potentially huge resetting of the council-manager power dynamic. Most of this meeting will be closed to the public.

The committee meets in the Isaacson Room, on the second floor of the Smith Campus Center, 1350 Massachusetts Ave., Harvard Square.