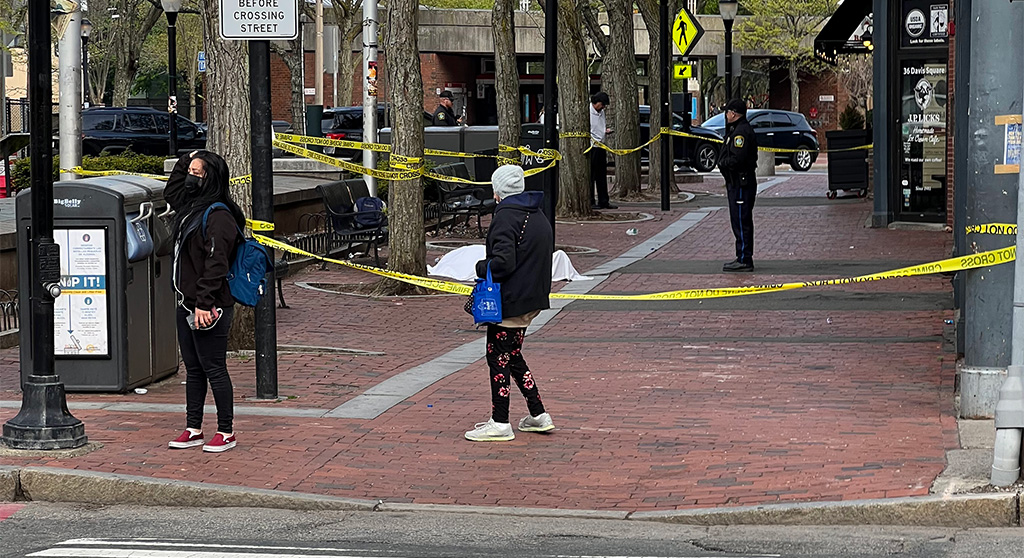 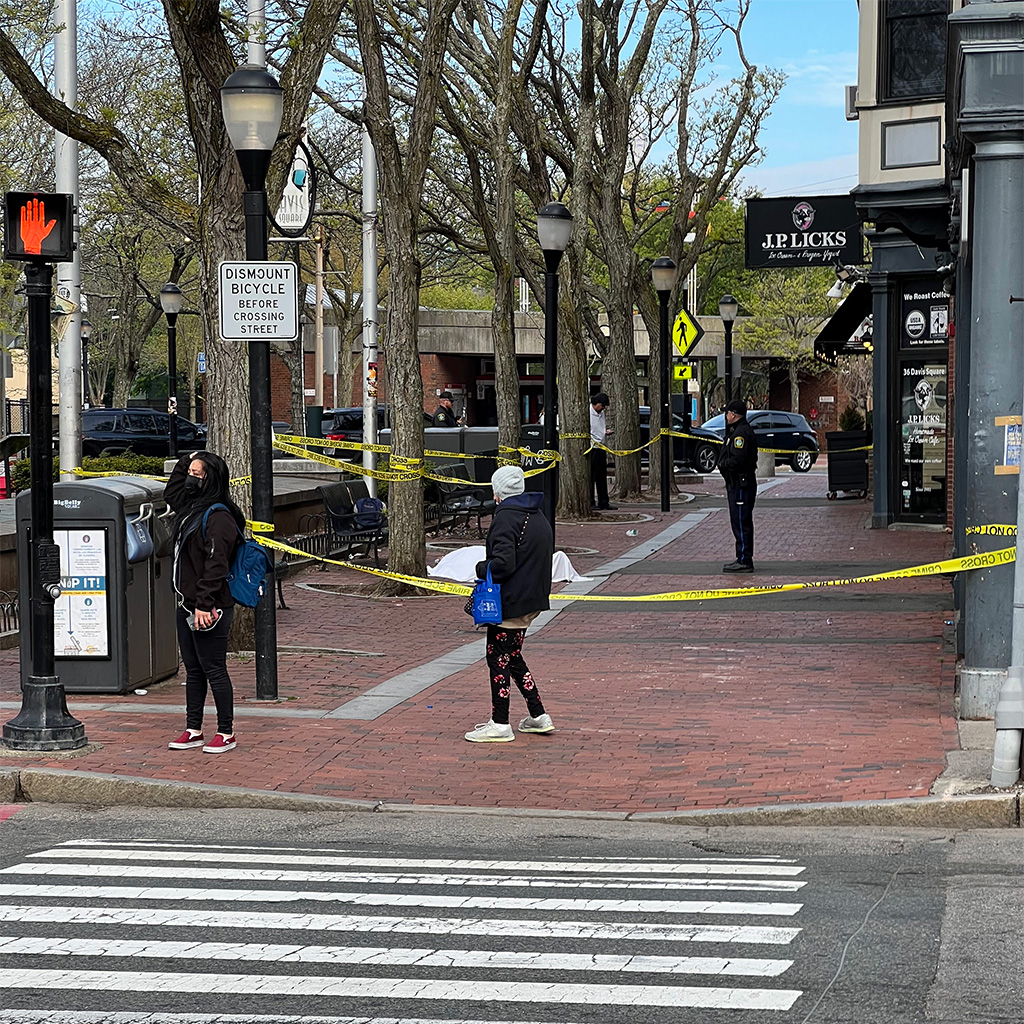 A body discovered early Wednesday in Davis Square, one of Somerville’s most trafficked locations, went unremarked upon the entire day by police and city officials. With no notice to the media, the public death went unreported except on the square’s active Facebook group.

Police were on the scene in front of the 4 College Ave. J.P. Licks ice cream shop and 7-Eleven mini mart by 8:09 a.m. with the body already covered and the area taped off.

What time the body was discovered was unknown not only publicly, but to police asked late Wednesday about the incident. Police watch commander Lt. Michael Holland said he knew nothing about the death, having not worked when the body was found; he also could say nothing about it if he did know, because such statements have to go through the city’s public information office and be vetted by lawyers, Holland said.

Questions about the death had been left earlier in the evening by email and voice mail. The city’s director of communications and community engagement, Denise Taylor, did not immediately reply. (Update on May 12, 2022: On Thursday, Taylor said only that the death was a “medical event.”)

Members of the public talking on social media were convinced the death was due to a drug overdose. “Addiction is the worst epidemic ever to hit this country. The saddest. Bless them whoever it was,” said a Facebook user identifying herself as Melissa Grace Casella. Another, identifying herself as Bridget Elizabeth, remarked that the death was an example of an “epidemic that’s being brushed off and not getting much attention in Somerville considering the amount of deaths it has here.”

Holland said he was aware of public conjecture that the death resulted from a drug overdose.

The body was believed to be male. Someone’s belongings lay on a nearby bench, including what appeared to be a backpack. The body was prone on the brick walkway between an MBTA red line skylight and businesses, with trees on either side. In addition to the several businesses in the square, the area is a transportation hub with a T and bus stops on either side of the plaza.

The densely packed city of 81,360 people has its share of deaths, but Holland said most took place away from public eyes. As to deaths “in a public space, I couldn’t say” when the most recent previous case had taken place, he said.

Neither the city nor Somerville police put out a press release or sent a tweet noting the death or the ongoing investigation. Police did alert the public to help look for a missing 15-year-old.

Though the city has three newsweeklies with websites, none reported on the death Wednesday. The Somerville Journal, which first published Dec. 8, 1870, was merged in March with the Medford Transcript by Gannett, the parent company of those newspapers and many others. The company has switched its coverage to a “regional” model that doesn’t include breaking news such as public deaths.

The Boston Institute for Nonprofit Journalism started a community organizing project in Somerville three years ago warning that the city faced what’s called a “news desert” – a warning that looked prescient on Wednesday.