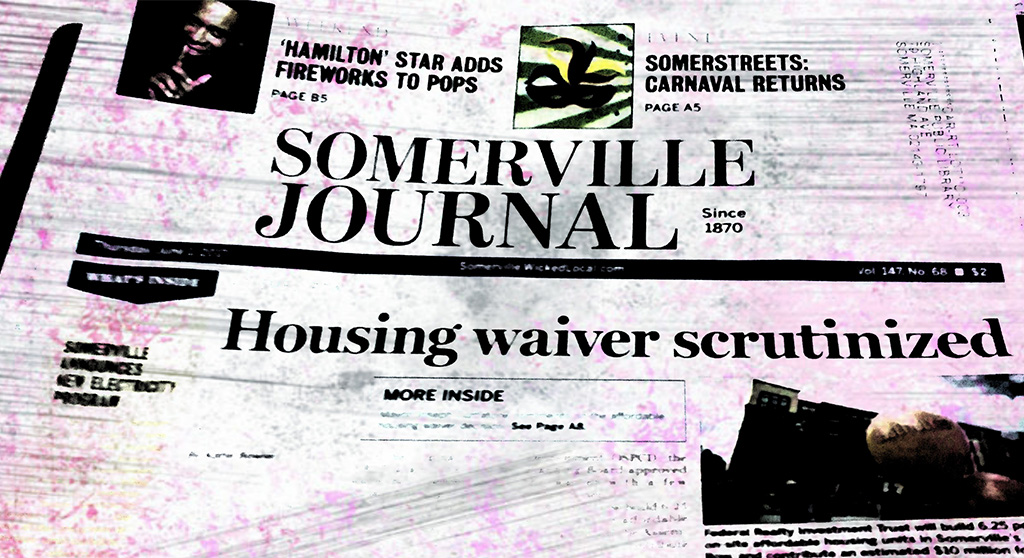 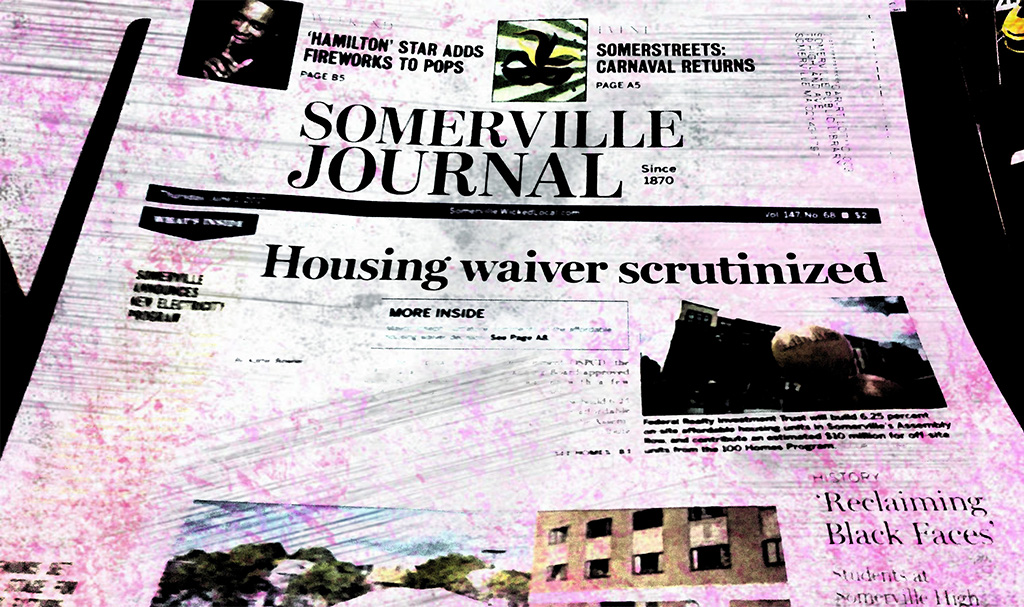 The Somerville Journal has been merged with the Medford Transcript by Gannett, its parent company. (Image: Somerville Public Library)

The Somerville Journal died last week at 151 years old. The first issue of the weekly newspaper was published Dec. 8, 1870.

Technically, we didn’t know this would happen nearly three years ago when my colleagues and I at the Boston Institute for Nonprofit Journalism resolved to start a community organizing project in Somerville aimed at experimenting with a model communities around the country could replicate to rebuild their own failing news infrastructures.

We knew enough to host a community forum on local journalism in crisis, though, and it was attended by 115 residents of Somerville, including representatives of more than a dozen civic organizations. The Somerville News Garden we formed pulled more than 40 Somervillians – with a core of a dozen – into its orbit. We spent a lot of time discussing the problems that were leading cities, towns and counties around the nation to become “news deserts” with no professional journalists covering local political, economic, social and cultural developments.

One key driver of the crisis was clear: media consolidation. That is, the buyout and absorption of “legacy” newspapers and other outlets by multinational corporations whose only goal is to wring out the last drops of profit from advertising and legal notices – cutting editorial staff, and therefore the very content that had been their reason for being – before selling off the remaining assets and shutting them down. The approach gives no consideration to the critical role local news play as the main public agoras for discussion and debate of issues of the day, providing, for all their flaws, a vital service in the democratic process.

Somerville residents would occasionally ask why BINJ and local activists were expending so much effort.

After all, they’d say, Somerville still has its traditional newspaper of record, the Somerville Journal, plus the local, independent commercial newsweekly Somerville Times. And DigBoston – the metro alt-newsweekly I run (separately from BINJ) with Chris Faraone and John Loftus with wide distribution around Somerville. The city also has a Patch online news site.

I would reply that the Somerville Journal is owned by Gannett – the 900-pound gorilla of multinationals in the local news space – along with more than 100 other newspapers and magazines in Massachusetts alone, and that it was only a matter of time until it tossed away the desiccated husk of that news property like so much garbage. The Somerville Times was surviving on what was likely a very thin profit margin, as was DigBoston, and both small newspapers were, shall we say, living dangerously. Patch was stable, but not very widely read in Somerville, considering it lacked a print edition. Print matters more to the dissemination of local news than casual observers might think.

In conversations since 2020, I would also note that the lifestyle magazine Scout Somerville, which used to do some local news reporting, went under at the beginning of the pandemic (as did its sibling publication Scout Cambridge).

On the multimedia front, I would explain that the local public access television station Somerville Media Center (now led by a former Somerville Journal editor) has been producing some professional news content for years. But, like most such stations, it is struggling to survive for the long term and is working hard to figure out how to get more “eyeballs on screens.”

Critically, I would point out, all of Somerville’s surviving news organizations together don’t field as much original local content as the Somerville Journal did as an independent newspaper before its sale to a series of large corporations starting in the 1990s: It had three editors, three or more full-time reporters, its own sales staff, printing press, printing staff, a distribution operation and its own building.

Once the Journal is gone, it’s an open question whether the Somerville Times and DigBoston can make it. That could leave only Patch standing.

That is why we keep moving the Somerville News Garden project forward – working with Somerville residents to rebuild the city’s failing news infrastructure, carefully documenting our progress as we go and spreading word of our successes and failures nationwide.

Our efforts got a big, if dispiriting, boost – and our critics some food for thought – last week when Gannett announced it was merging or eliminating many of its Massachusetts news properties, including the Journal. (The Cambridge Chronicle was unaffected by Gannett’s changes.) What remains of it is being merged by Gannett with the Medford Transcript to create the Transcript & Journal, which is doubtlessly a last, brief flash in the proverbial pan before elimination by a profit-focused corporate parent. Gannett had the gall to claim the move “reaffirms” its “commitment to the sustainable future of local news.”

In fact, what Gannett is doing – and has been doing through the years it was known as GateHouse hereabouts – is destroying the bedrock American institution of strong independent local newspapers and replacing it with … nothing.

We will invite all Somerville residents and supporters in Greater Boston to support these vital local independent journalism efforts working to rebuild the news infrastructure in one small city, creating a model that residents anywhere can use to help ensure we all get the information we need to keep democracy alive in increasingly difficult times.

A version of this story appeared originally on BinjOnline.