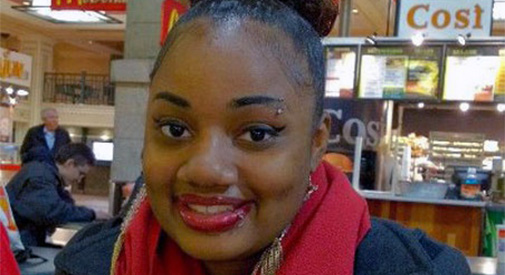 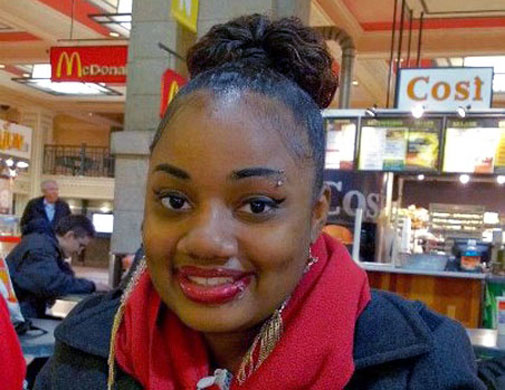 It’s the 10th anniversary of the shooting that killed 16-year-old Charlene Holmes, with no arrests and no charges filed in connection with the crime, and Cambridge Police Commissioner Christine Elow and Middlesex District Attorney Marian Ryan are renewing a call for help from the public.

“It has been 10 years since Charlene Holmes was murdered outside her home. A truly innocent victim, her death is a tragic loss that continues to be felt by the entire community,” Ryan said. “We know with certainty that there were witnesses present at the time of the shooting and, as we mark this sad day, I am renewing my call to the community for witnesses to come forward to authorities.”

Holmes had an “incredibly bright future … and her life was taken way too soon by a senseless act of violence,” Elow said. “We remain firmly committed today as we did 10 years ago in bringing justice for Charlene and her loved ones.” 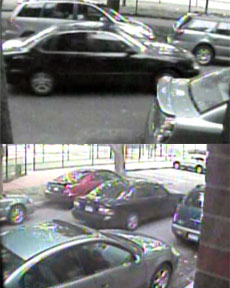 Police seek information on the black sedan seen in surveillance footage from the shooting.

Cambridge’s former police commissioner, Branville G. Bard Jr., said in February 2019 that the department was forming a dedicated cold-case unit that would start by looking into two cases: the killing of Charlene Holmes; and the shooting death of Anthony Clay, 49, while he was standing outside 140 Harvard St. across from Green-Rose Heritage Park in The Port, shortly after midnight June 25, 2016. The Jan. 2, 2019, killing of Paul Wilson at Danehy Park has also gone unsolved since.

In the Charlene Holmes case, at 8:02 p.m. June 3, 2012, police got a 911 call reporting a shooting on Willow Street and arrived to find Holmes and her friend Thanialee Cotto, then 17, with gunshot wounds from an apparent drive-by shooting. The girls were taken to a local hospital, where Holmes was pronounced dead from a single gunshot wound to the chest.

They are not believed to have been the intended targets. Witnesses said the shooting was “calculated” and “retaliation,” with the person getting his hair braided by Cotto the intended target; Holmes had only been walking past with her sister. “Charlene was not a part of that gang out there,” confirmed a mourner at Holmes’ home days later.

“The boy for whom the bullet was meant lived in a house of Section 8 units that were a constant source of consternation in the neighborhood,” Kristina Kehrer said in a 2014 report via Cambridge Community Television, referring to it as a well-documented “problem” house.

“No one will tell them what they know, because they’re scared that they’ll be snitching … a couple people in the neighborhood know,” said one participant in Kehrer’s video examining the stalled investigation. “But they’re not saying.”

That was the year police discovered area surveillance footage showing the car used in the shooting – a black four-door sedan, possibly a Nissan with tinted windows – circling the block once, then returning as shots were fired.

Anyone who may recognize the vehicle is urged to contact authorities. Since the incident occurred, Cambridge Police and Massachusetts State Police assigned to the Middlesex District Attorney’s Office “have remained committed to finding the person responsible for Charlene Holmes’ death,” the officials said in a press release.

“This incident remains deeply personal for the officers that were on-scene that night five years ago and have since actively worked the investigation,” Larrabee said. “We remain committed to bringing closure to Charlene’s family and friends, as well as all of those affected by this incident. We want to stress that any information related to the tragic events that occurred on June 3, 2012, is valuable information.”

Members of the public with information they believe may be helpful to the investigation may contact Massachusetts State Police at (781) 897-6600 or Cambridge Police Criminal Investigations Section at (617) 349-3370. Tips can also be submitted anonymously by calling (617) 349-3359, online at cambridgepolice.org/tips or by sending a text message to Tip411 (847411), beginning the message with “Tip650.”