Police department is forming a cold case unit, which will focus first on Holmes, Clay killings 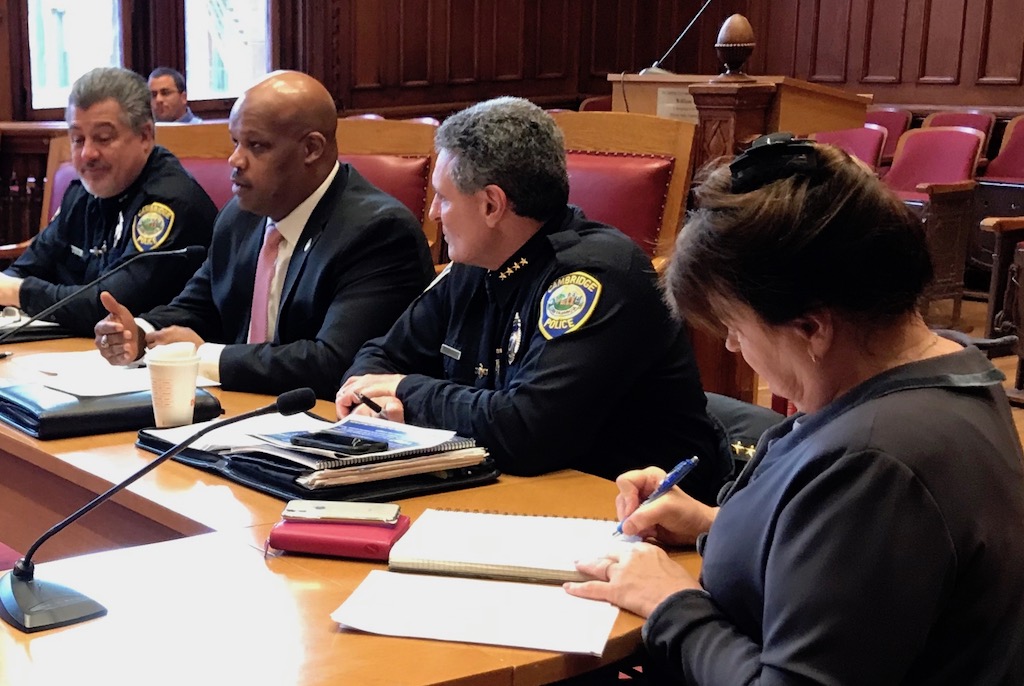 Police department is forming a cold case unit, which will focus first on Holmes, Clay killings

The police department is forming a unit to look anew at Cambridge’s cold cases.

A letter went out Nov. 29 to patrol officers and detectives to gauge interest in investigating cases where the leads seem to have run out, police commissioner Branford G. Bard Jr. said at a Wednesday hearing of the City Council’s Public Safety Committee. “I currently have no specifics, but if this is something you’d like to [do], please let me know,” Bard read from the letter.

Even with no details, there were 63 responses for a unit that will begin work “in a very short time” with two detectives, potentially growing in numbers from there, Bard said.

“You can’t just set up a cold case unit. We’re looking around the country and region to see what training is available for the officers that we’re going to assign. We’ll make arrangements for them to attend and hit the ground running,” Bard said.

The unit is “wholeheartedly” supported by the office of Middlesex District Attorney Marian Ryan, which has responsibility for all homicides, Bard said, because “quite frankly [some cases] go cold way faster than we would have expected them to.”

The dedicated cold-case unit investigators will start by looking into two cases: the drive-by shooting of June 3, 2012, that killed Charlene Holmes, 16, by her Wellington-Harrington home – a killing nearing its seven-year anniversary; and the shooting of Anthony Clay, 49, while he was standing outside 140 Harvard St. across from Green Rose Heritage Park in The Port, shortly after midnight June 25, 2016.

Looking over the homicides of the past 20 to 30 years, the national average for clearing cases is around 60 percent, and Cambridge clears 73 percent, Bard said. From 1990 to 2017, the city has seen 62 homicides, with all but 17 considered solved. Of those, seven are “unsolved” and 10 are “ongoing investigations” – the differences in terminology meaning that some are not being worked on, primarily because of their age and “lack of solvability factor,” Bard said. Most of those date back to the early to mid-1990s.

Councillor Craig Kelley, who led the hearing, asked about a few specific cases as well as standards for releasing information to the public, urging police to watch out for saying information is “part of the investigation” when it actually isn’t known.

In the case of Paul Wilson, 60, who was killed by blunt force trauma to the head during a Jan. 2 visit to Danehy Park: “Let me set the record straight [to] one of the questions about a bat being found some distance away and is that the murder weapon – we don’t know. Still the tests haven’t come back to say one way or the other whether that bat was involved in this,” Bard said.

In the case of Richelle Robinson, 15, who died July 23 after an assault on Cambridge Street: “I believe that the district attorney’s office and the Cambridge Police Department are comfortable in thinking that we fully understand what happened in that case and everyone who was involved in it. But that was such an atypical case. Right now it’s a death investigation, not a homicide investigation. That is a case that is so far outside the norm from what typically happens in these instances,” Bard said.