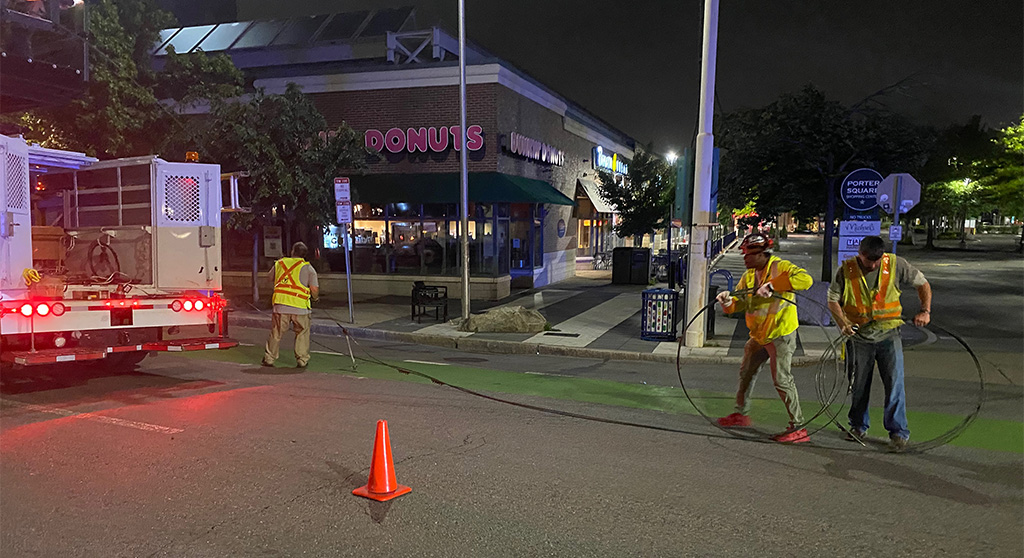 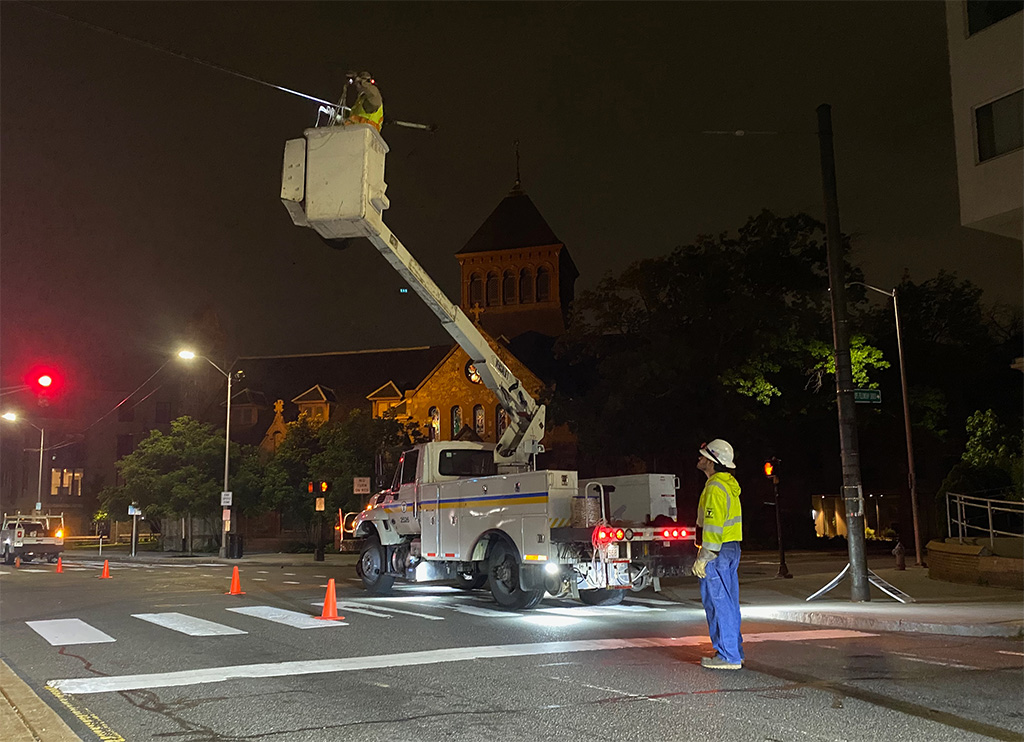 A bike-lane lawsuit and call for the city to immediately halt installation of the lanes got a hearing Thursday, with Middlesex County Superior Court judge John Pappas granting the sides until the end of business on Monday to submit more information.

The documents have been flowing in already. Since a group called Cambridge Streets for All filed its lawsuit against the city June 10 about lanes that often replace parking spaces, there has been a “friend of the court” brief from the Cambridge Bicycle Safety group; the city’s filing in response; dozens of affidavits from residents and business explaining harm from the lanes; and on Wednesday, an amended complaint from the original group.

The group’s attempt to “impound” affidavits to keep the names of contributors private was dropped, with Cambridge Streets for All attorney Ira Zaleznik, of the Boston firm Lawson & Weitzen, instead pleading for sides in the case to “lower the temperatures” on discourse; bike lane opponents say they have been harassed on social media.

In the hour-and-a-half online hearing, city attorney Elliott Veloso – answering allegations from Zaleznik – came in for sharper questioning by Pappas, though the judge also set some context for a potential injunction by noting how widely bike lanes are being installed. “In this day and age, it’s hard to ignore in any urban landscape how more and more streets are being populated [with] more and more dedicated bike lanes [and] even dedicated bus lanes,” Pappas said.

The first questions were to Zaleznik and about why an injunction was needed. 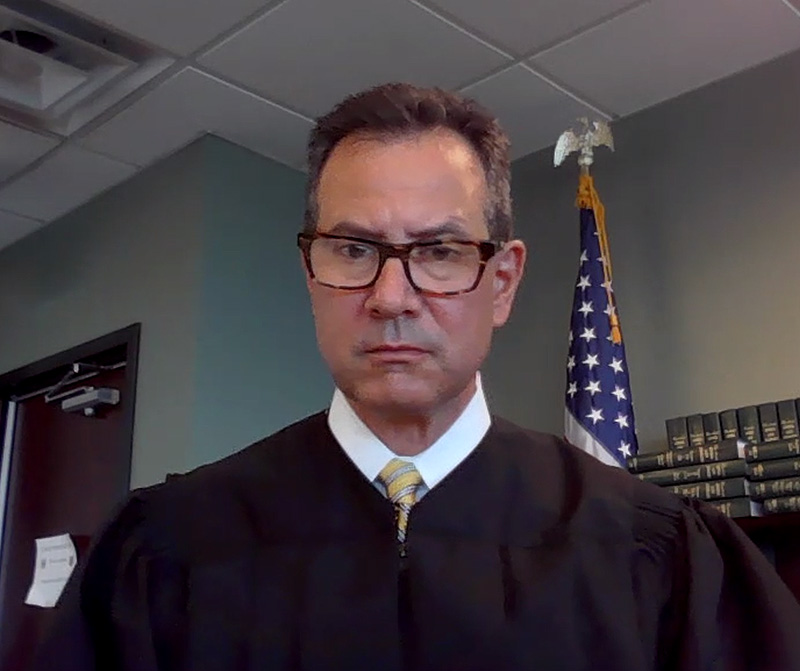 “Even with the notice of the lawsuit, the city is continuing work in Porter Square. I would ask you to request that the city forbear from any further work at this point just in the week or two that you probably need to go over all the materials and reach a decision,” Zaleznik told the judge – though the late-Wednesday work he referred to, the removal of overhead catenary wires no longer needed by electric buses, is being done by the state. (Removing the wires gives more flexibility in the design of roads, allowing for more parking to remain despite bike lane installation.) “A short injunction would pose little harm to the public and little harm to the city and is almost a necessity in enabling you to do the kind of work that I know you want to do to review and examine all the papers.”

The potential harm of the injunction lies at the heart of why there are bike lanes, Veloso replied later, pointing to at least five cyclists killed outside bike lanes in the past seven or eight years and more than 100 seriously injured, with no figures available for lesser injuries.

Cambridge Streets for All arguments

The group argues that the City Council lacked the authority to pass its Cycling Safety Ordinance in 2019 and an amendment the next year setting a timeline for bike lane installation. Instead, the city should follow Chapter 455 of the Acts of 1961 and have a traffic board that would decide the need for bike lane placement and hear appeals. In addition, the city’s Traffic, Parking and Transportation chief, Joe Barr, lacks authority because he isn’t a registered engineer, and the city lacks authority for Massachusetts Avenue changes because it belongs to the state.

It also complains that the public lacked proper notice of bike-lane hearings by the council because of the font size in legal ads. “When you look at the ads themselves, they were too small. And on top of the difficulties created by the pandemic, with meetings and things being remote, I would suggest that that doesn’t satisfy the notice provisions,” Zaleznik said. (The publisher of the Cambridge Chronicle has had a decadeslong contract for the ads and covers all of Eastern Massachusetts with shared design and printing facilities.)

Cambridge Streets for All believes there are bike lane solutions that will accommodate everyone, Zaleznik said, pointing to “better and safer” alternatives such as a lane following the Charles River instead of going through Central Square and noting a bike lane by MIT that should be allowed to stay as it is. One rider confided that “the biggest threats to cyclists now in the City of Cambridge are the condition of the roads, which are pitted and full of potholes and other problems,” while bike lanes separated from car traffic by plastic bollards “don’t necessarily provide the best protection.” Somerville’s bike lanes are better, Zaleznik said.

The amended lawsuit adds a citation of Chapter 40, section 53, in state laws allowing for a “citizen suit by 10 taxpayers to join in restraint of illegal expenditures on the part of the city,” Zaleznik said, but both the judge and Cambridge’s attorney said they hadn’t seen the amended complaint as of Thursday’s hearing. Zaleznik acknowledged that his initial filing should have gone to the state’s attorney general and had not, but said the amended complaint was sent correctly.

The crux of matter, though, remains the “irreparable harm” done to businesses, which Zaleznik said was best captured in the affidavit by Brandon Woolkalis, identified as the owner of the Dunkin’ at 1007 Massachusetts Ave., Mid-Cambridge, “where he attests to a devastating loss of business … with the notation that he doesn’t think he can survive in business if that bike lane isn’t adjusted to permit on street parking,” Zaleznik said. “I don’t know the last time I heard of a Dunkin’ Donuts in Massachusetts going out of business or threatening to go out of business … if they can’t make it, I would suggest that almost no business can.”

When it came to the city’s turn to present, Veloso didn’t respond directly to the claim there should a traffic board deciding bike lanes, but said the city’s actions were consistent with state law, including “that the traffic director may erect and maintain any traffic sign, signal, marking or other traffic control device on the city’s public ways” with city manager approval and council funding – and the bike lanes are little different from a traffic light installation in that regard. “The city ordinance merely prioritizes and accelerates the sequencing,” Veloso said.

The group also lacked standing to file the suit, Veloso said, and is simply wrong in calling Massachusetts Avenue a state highway. “It’s what’s designated as a state-numbered route” but under city authority.

Undoing the lanes, meanwhile, would be a significant imposition. While some $12 million has been spent on dedicated bike lanes so far, it would cost $5 million to $9 million to take them away. “The city would be required to grind out the thermoplastic markings for the bike lanes on the roads, and that would result in the removal of asphalt,” Veloso said. “Once these bike lanes are grinded out, we would then have to repave.” In the meantime, those roads would be closed or their traffic constricted by the work, while staff and police officers would have to be redirected from other projects.

The lanes have been planned since 2015 and are no “fly-by-night initiative,” Veloso said, noting that there were four hearings in the run-up to the council’s 2020 vote, all noticed to the public in a standard way via legal ads and on the city’s website.

Perhaps the biggest issue amid Cambridge Streets for All’s call to take away some bike lanes but leave others was the potential “usurpation of the city’s inherent authority to regulate its public ways under the Massachusetts Constitution, under state law and under the Special Act [of home rule] and the city’s ordinances. Public ways are by definition, and by the law, maintained and controlled by the municipality,” Veloso said.

This post was updated June 24, 2022, to correct the address of a Dunkin’ Donuts location.