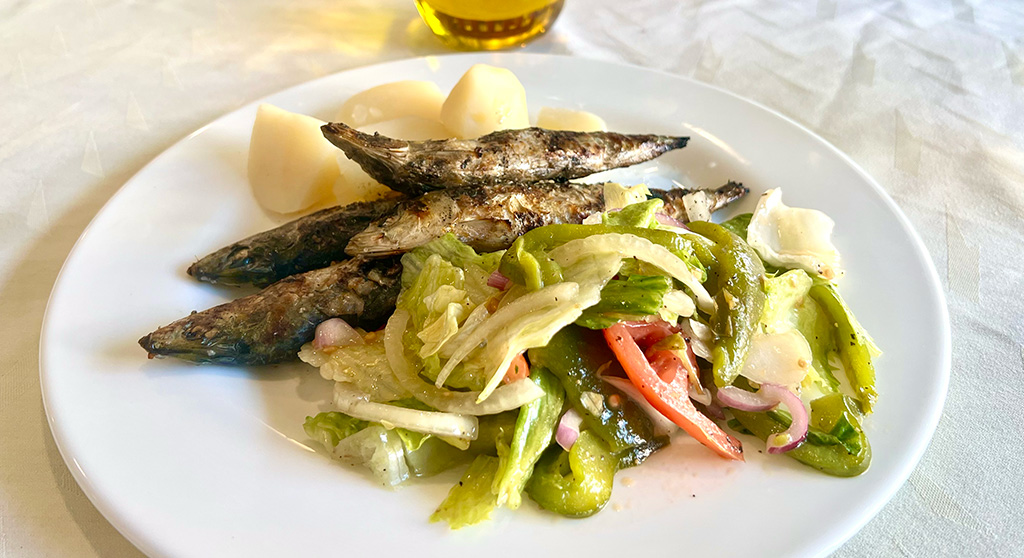 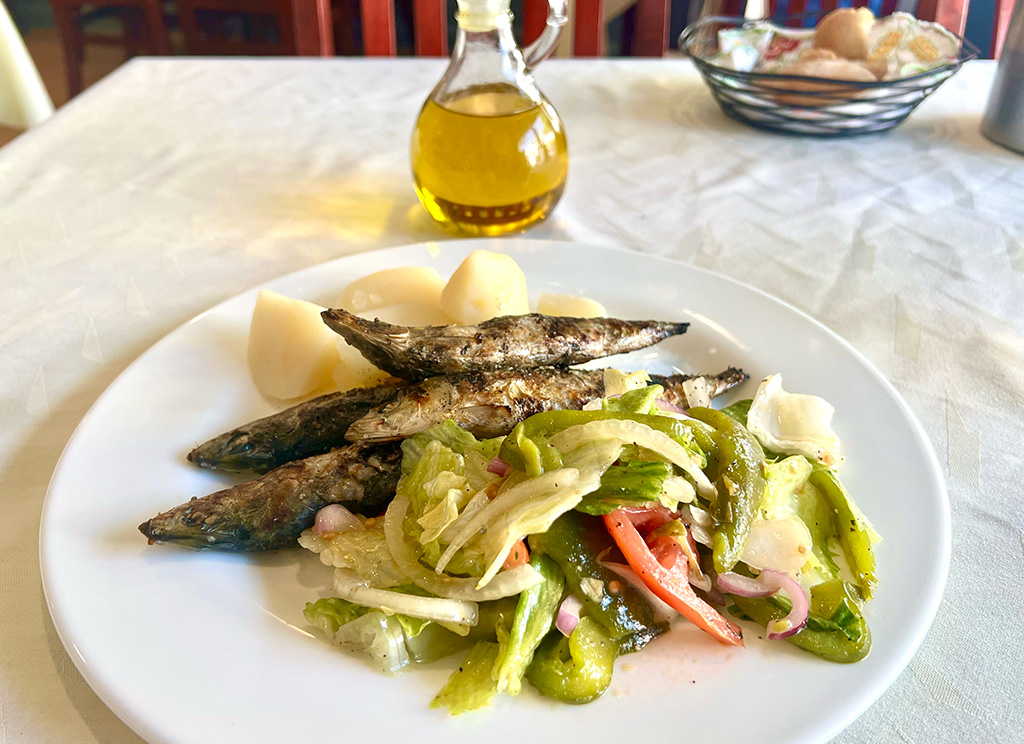 Amazing that it’s been 40 years and then some that Casa Portugal has been nestled down in Inman Square, serving up Portuguese fare to the faithful as well as those seeking indoctrination. The stretch of Cambridge Street from Inman down to Lechmere has always hosted a strong Portuguese community; with the long-brewing reconstruction of Vellucci Park and surrounding streetscape underway and the even slower realization of the green line extension now arriving to Union Square, the area is likely to see some shifts.

Casa Portugal’s menu has not changed much over the years. The fried steak topped with ham and a fried egg in a garlic wine sauce (Bife á Portuguêsa) is still right there, and the menu remains dominated by the fruits of the sea. You can get a yummy olio of lobster, squid, little necks and shrimp in red (Mariscada á Costa do Sol) or white (Mariscada á Costa Brava) sauce. You can get your prawnlike camarãos sautéed, baked, grilled or chef style. Natch, there’s the classic Portuguese kale and sausage soup. And speaking of sausage, linguiça comes atop or on the side with many a dish, and one variation of that fried steak has it on top instead of the ham and egg.

Some of my favorite small plates are the littlenecks sautéed in olive oil with a garlic wine sauce (Ameijoas á Bolhão Pato) and the fava beans with Portuguese sausage (Favas con Chouriço). And Casa Portugal always has a host of specials. On my last visit it had fried mackerel fillets and whole, lightly fried (no-batter) sardines. The latter are much bigger than your usual tin fare and tender, moist and tasty and without excess saltiness; though you have to use your fork in a methodical fashion to pull the fillets from the bones, that’s easier than it sounds. Being that this is a Portuguese eatery, the plate came with basic boiled potatoes and a lettuce-and-pepper salad dressed with a wonderfully tangy vinaigrette.

Another great thing about a Portuguese restaurant is Vinho Verde, the nation’s unofficial table wine, which has lesser kick than most whites and comes in carbonated form. I thought I had ordered a half-bottle of it, but my server brought me a half-bottle of the Castello d’Alba (which costs less than a glass of wine at most places), a heavier, quite delicious, non-carbonated white – perfect for the dish. Oh and dessert: Yup, there’s flan, but try some of the fruit mousse choices (passion fruit and mango). You get a healthy portion for $4, and unlike their chocolate cousin these are pretty light and guilt free on the wallet and caloric intake sides of things. 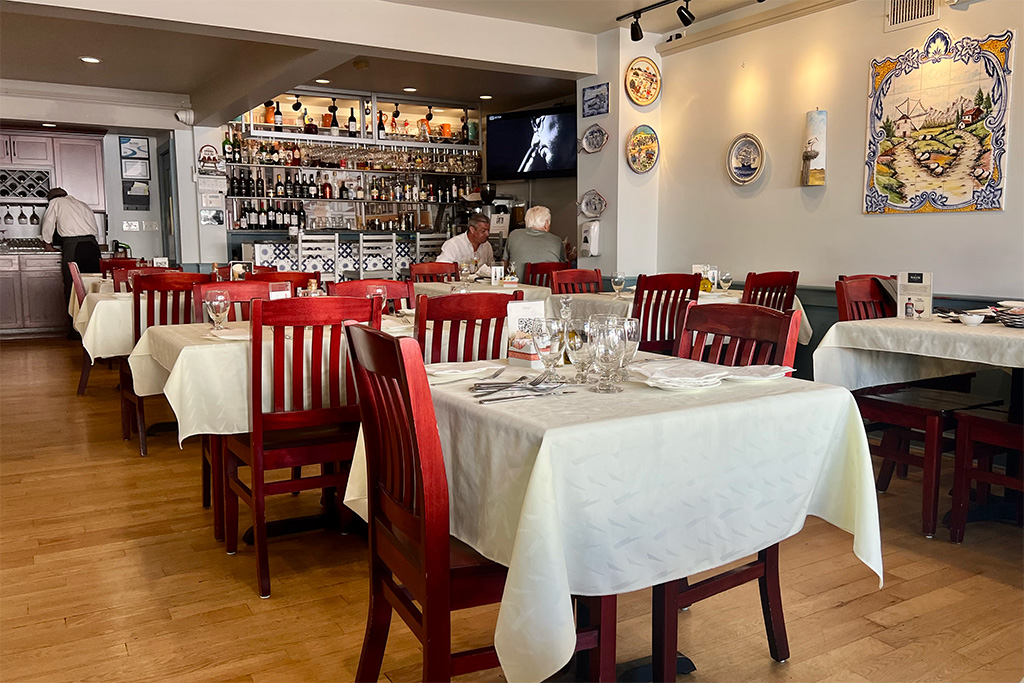 When I lived in Inman Square back in the day, Casa Portugal had a dark, romantic vibe – white tablecloth, as I recall. That’s all been redone, and the place is more open, with a tile-top bar and fishing pier paintings and other such harbor life accouterments on the wall to give it that European seaside vibe. Owner and chef Fernando Gomes came here from Portugal as a young man with a vision to bring the food of his country to the people of Boston. The interior of his restaurant and the neighborhood it’s ingrained in may have changed, but the classic Portuguese dishes and the quality haven’t. One thing that could stand some change: the website, which has a bit of a mid-Internet-bubble feel to it. Casa Portugal is open for lunch and dinner and has a kids’ menu.