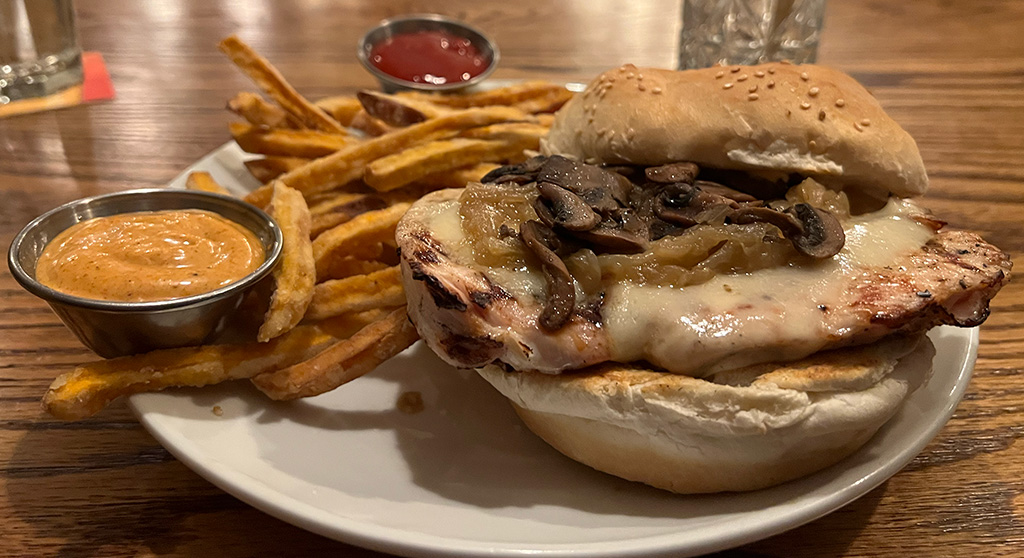 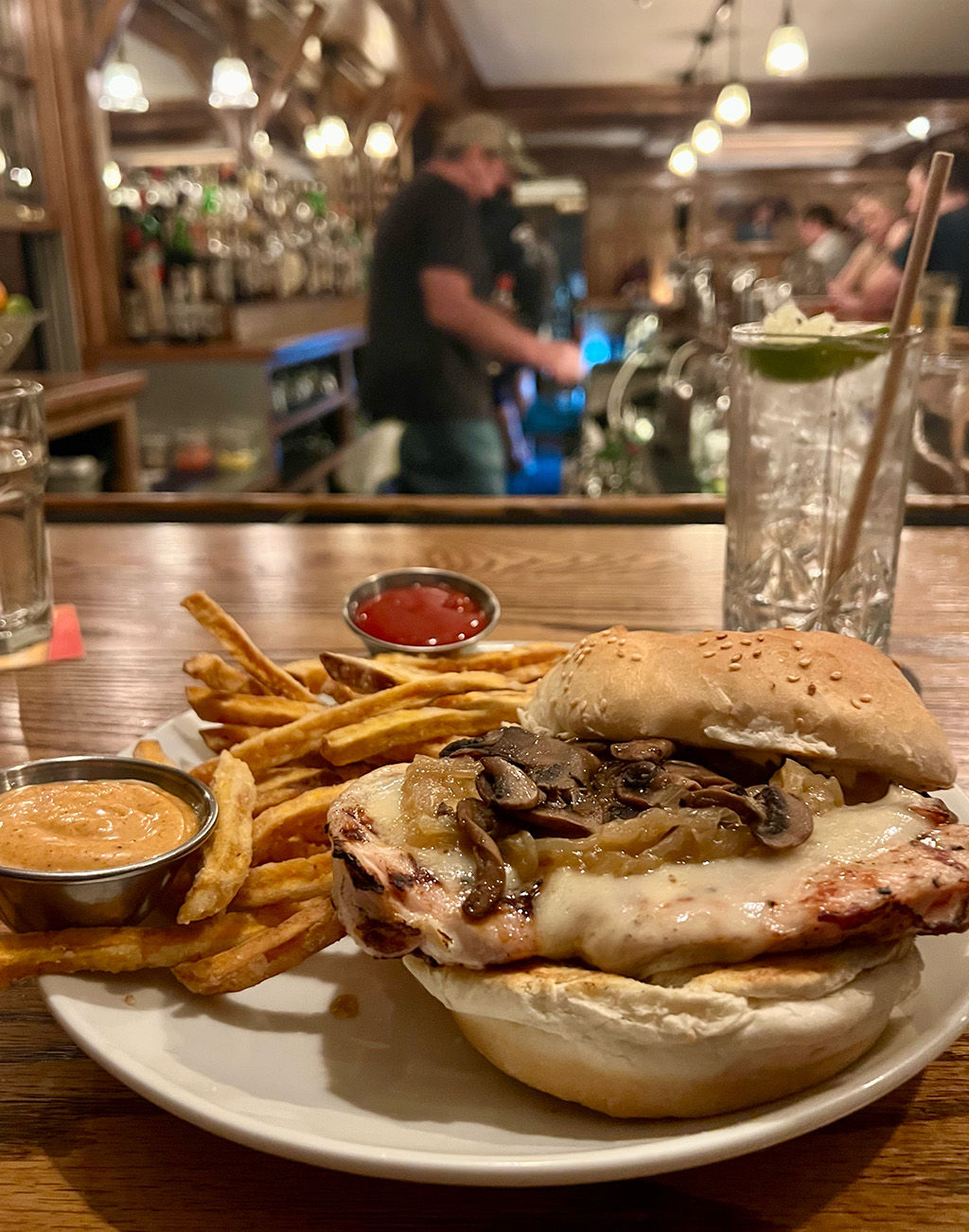 Hard to believe Atwood’s Tavern has been slinging burgers and hosting live music since 2006. It’s a good thing, too, because with the continued hibernation of the Green Street Grill and Christopher’s, the notion of a gastropub in Cambridge isn’t quite what it was before the pandemic.

Thankfully, Atwood’s persists – along with others such The Abbey and The Druid – on Cambridge Street in the Wellington-Harrington neighborhood, with a name that nods to a no-longer-used moniker of an old corner of Inman Square just up the way toward Harvard Square. It’s a warm, inviting space with a heavy, wooden bar and a cozy area beyond with dining tables and a small stage for those eclectic acts. The tavern has added a nicely done patio with slat trellises, cask barrels that serve as drink tables, flagstone and the right touch of horticultural accents.

Atwood’s is open 3 to 11 p.m., with shows starting generally at 7:30 p.m. – if you’re noshing and running, get in before. (Though even if you’re close but not intending to stay for the show, the friendly attendant at the door will generally honor that and not demand the $15-ish cover charge.)

The menu feels slimmed, as most do, by the pandemic, and I swear everyone has dropped turkey burgers from their menus. But there are still Atwood classics such as the Mayflower wings; revered charcuterie board; oxtail empanada; the classic comfort of mac and cheese with gruyere, mushrooms, caramelized onions, sautéed arugula and, most importantly, toasted bread crumbs; and, of course, burgers in a variety of ways. On the mains there is a tofu udon bowl that always draws my eye, a half-rack of ribs and an essential tomato soup and grilled cheese. On my last sojourn I had the mushroom burger, which comes with with Swiss, mushrooms, caramelized onions and aioli. You can get any burger done veggie-style or with gilled chicken; I chose chicken and skipped the aioli because I thought the base of Swiss and ’shrooms was money in its own right and did not need further accenting. Boy, was I right: The plump and succulent chicken breast was grilled perfectly, as evidenced by its uniform hashmark char pattern, and smothered under a wonderful cap melted Swiss and sautéed mushrooms on an accentuating bulkie roll that took nothing from center stage but retained all the good juices.

The other wise selection was a side of lightly battered, spice-dusted sweet potato fries, a refreshing choice with a bite – like the American version of tempura-fried sweet potatoes, and addictive as all get out. Writing about them almost makes me want to run out for an order, rain or not. It’s comfort and more, that’s the secret sauce.

Atwood’s has its local vibe down, but is a destination for many because of its musical offerings. It’s an outpost with the most.