The Brattle starts ‘Sequel-itis’ series with scares, ‘Inland’ is back; We review ‘Arranged Marriage’ 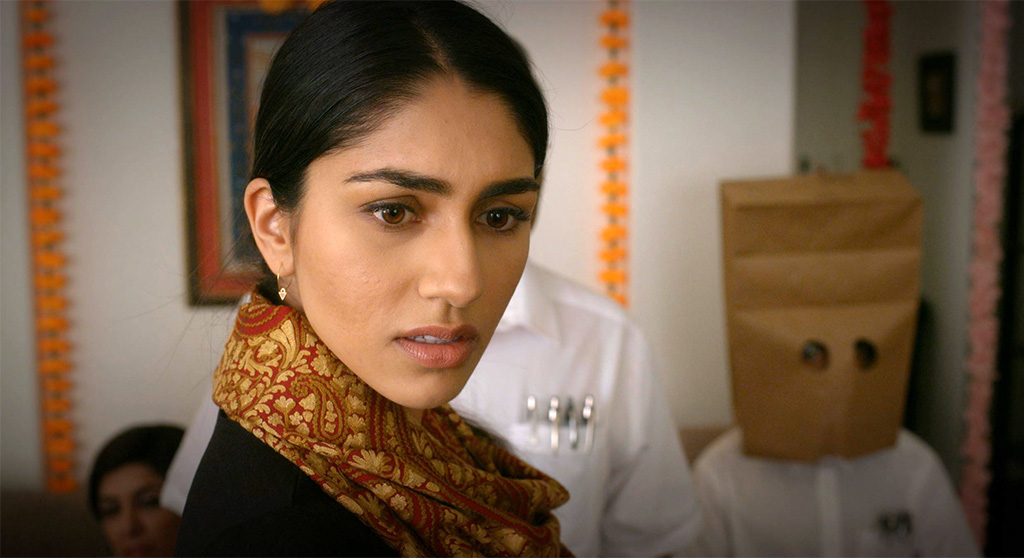 The Brattle starts ‘Sequel-itis’ series with scares, ‘Inland’ is back; We review ‘Arranged Marriage’

The Independent Film Festival Boston’s Fall Focus at The Brattle Theater wraps up with a screening of “Glass Onion: A Knives Out Mystery” (Monday), the soon-to-be released sequel to the locally shot “Knives Out” (2019) that focuses ever more on Daniel Craig’s semi-foppish, slightly Sellers-esque Benoit Blanc. The cast includes Edward Norton, Hugh Grant, Kate Hudson, Leslie Odom Jr, Janelle Monáe and Dave Bautista. Also on Halloween night, The Brattle show Sam Raimi’s horror-comedy “Evil Dead II,” starring wisecracking warrior Bruce Campbell. And speaking of sequels, The Brattle launches its “Sequel-itis: Terrific Twos” program with “Friday the 13th Part 2” (1981) and “Hellbound: Hellraiser II” (1988) on Friday, Francis Ford Coppola’s grand “The Godfather Part II” (1974) on Saturday and Nov. 8, and the best of all the big-screen Star Treks, “The Wrath of Khan” (1982), on Sunday, along with “2 Fast 2 Furious” (2003), helmed by John Singleton (“Boyz n the Hood”).

Beside the IFFB, The Brattle has partnership screenings with the Revolutions Per Minute fest showing the experimental films of Stacey Steers, who will be in attendance (Wednesday), and with the Boston Jewish Film Festival. Its Freshflix Short Film Competition is on Thursday, and on Saturday there are screenings of “My Name Is Andrea,” about feminist Andrea Dworkin, with Andrea Riseborough, Ashley Judd and Christine Lahti (director Pratibha Parmar will be on hand via Zoom); and the psychological thriller “Attachment.” Then on Sunday, area filmmakers Margo Guernsey and Sara Archambault show their latest, “No Time to Fail,” about the 2020 election and challenges to democracy and free elections, which – given the contentious midterm elections on the horizon – should provide food for thought. A Q&A with the filmmakers and special guests will follow.

David Lynch’s reality-bending “Inland Empire” (2006) is cued up at the Harvard Film Archive for Halloween night. The film, about an actor (Laura Dern) losing touch with reality, folds in nicely with other immersive Lynch fodder (“Eraserhead” and “Mulholland Drive”) in which the viewer is pulled into the protagonists’ surreal slippings. Author Melissa Anderson, whose new book “Inland Empire” delves into the film and all things Lynch, will be on hand to give a talk and sign copies. Also, the “Do It Only If It Burns When You Don’t” series continues with two of Anand Patwardhan’s India-based documentaries, “Bombay, Our City” (1985, Friday) and “In the Name of God” (1992, Sunday). Also on Friday the “Muff Dives: The Dyke Bar in Cinema” series concludes with a screening of John Sayles’s “Lianna” (1983), an intimate portrait of a newly out lesbian.

The Somerville Theatre celebrates Halloween with screenings of the very ’80s – big hair and all – vampire bro-gang romp, “The Lost Boys”, directed by Joel Schumacher (“Flatliners,” “Falling Down”), and another vampire-next-door flick, “Fright Night” (1985). The former’s semi-famous for pairing the Coreys (Haim and Feldman) as young, imperiled vampire-slayers-in-the-making and Kiefer Sutherland’s portrayal of the nasty-fanged, feral leader of the bloodsucking pack. (Tom Meek)

November’s Retro Replay theme at the Landmark Kendall Square Cinema is “Jeff Bridges Abides,” so naturally “The Big Lebowski” (1998) is on the slate. The Dude series begins, though, with “The Last Picture Show” (1971), Peter Bogdanovich’s adaptation of Larry McMurtry’s autobiographical novel about a dying Texas town and those seeking to escape it. The film, shot boldly in black and white for visceral effect, was Oscar-nominated in nearly every category (the great Ben Johnson and Cloris Leachman would win acting statues) and starred a young Cybill Shepherd (TV’s “Moonlighting”), who was dating Bridges at the start of filming but fell in with Bogdanovich and would become the director’s S.O. for years to come. Bogdanovich died this year.

The Kendall also has a Grateful Dead “Meet-up at the Movies” (Tuesday and Saturday), a film of the band’s concert at the Tivoli Concert Hall in Denmark, part of The Dead’s famous 1972 European tour.

Anoop Rangi’s immigrant success-story-turned-nightmare and more, is a gonzo WTF that’ll poke you with woke social justice, appall you with gratuitous violence and in between make you laugh at its absurdity. It’s a film that defies categorization, and that’s a strength but works to its detriment as well. We begin with Kamali (Megha Sandhu, asked to do much but up to the task), a first-gen American South Asian going to college and working in a tanning salon. She has a goofy, white-bread beau named Clive (Jordan Williams) and all’s happy and simple until Kamali’s traditional family spring an arranged marriage on her. Clive protests and professes his love for Kamali, and for his brave honesty Kamali’s father (Kavi Raz), uncles and cousins beat Clive to a pulp. Every male Kamali has contact with seems to get a beating or worse – they’re murdered, serial-killer style, and you never see who does it. In one case of a beatdown, in which you can only imagine the recipient dies, the imposing brutes approach a witness menacingly and break out into a gay Bollywood dance number. That’s the kind of zaniness that goes on in “Arranged Marriage.” It’s laced with much about racism in American today, but that fades mostly into the background. How it all ends is a bit of a head-scratcher on so many levels; as a result, the film lingers, for better or worse. On Tubi.