‘The Menu’: Chef has a taste for the wicked 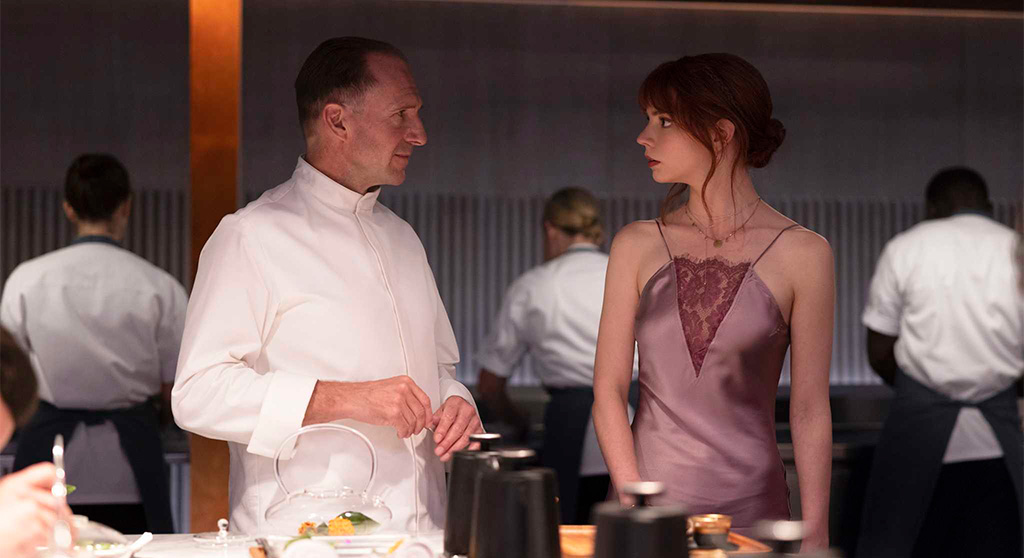 ‘The Menu’: Chef has a taste for the wicked

Penning this feels somewhat ironic, in that I, a food reviewer and film editor, am about to slice into a film that’s all about haute cuisine and whose plot has at its heart heavy attachments to a heartless food critic. Like a reservation-only, time-slotted, prix fixe once-in-a-lifetime indulgence, “The Menu” is grand in presentation, titillating in its wafts of promise, but in consumption I’m not so sure the endive justifies the moussaka.

The casting and framing of “The Menu” is rich, flavorful and brilliant. The plot, however, is gruel-thin. It has a series of diners paying something like $1,250 a pop to take a boat to an isolated island where a renowned chef (Ralph Fiennes, perfect in the large yet limited role) in an Ikea-spartan chalet with open-window views of the sea (where much of what is eaten is harvested) will serve a multicourse gourmet meal with a crew that’s all in on the chef’s vision, no matter what or how bloody that is. The distinguished guests are not all that distinguished – spoiled and rich, sure (not limited to old white folk, but they’re clearly in the mix), but flops in personality and levity. The ones that stand out are a last-minute date of a regular whom Fiennes’ chef Slowik did not anticipate as a diner (Anya Taylor-Joy, commanding in the part and pretty much carrying the film) and the food critic (the great Janet McTeer) who “discovered” Slowik. The assemblage has something of a “Murder by Death” (1976) sheen to it, but as courses come out and the texture of the film and the meat served becomes darker, it crosses over into “Saw” territory. To say more would be to take a big spoonful of creamy custard flan before dropping it at your table, licked spoon and all.

“The Menu” is a high-concept selection from director Mark Mylod (“Game of Thrones,” “Succession”) that while big-screen in production values and star power, is small-box in plot and composition. Other recent near misses “Amsterdam” and “Glass Onion” fill the same bill; “Menu” feels like an episode of “White Lotus” stretched into a feature film, and because of that format, as enjoyable as it is, it’s a garnish without a meal to go on.