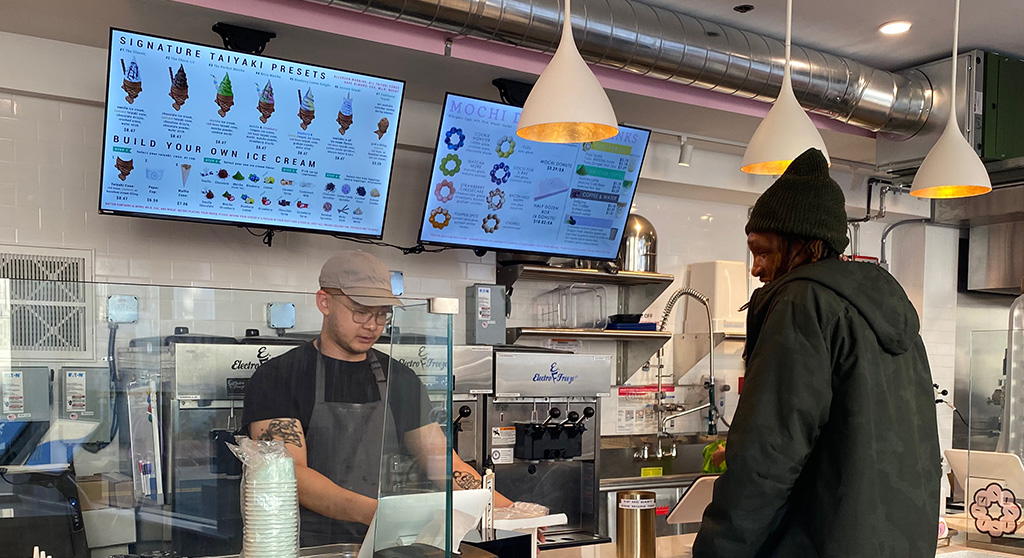 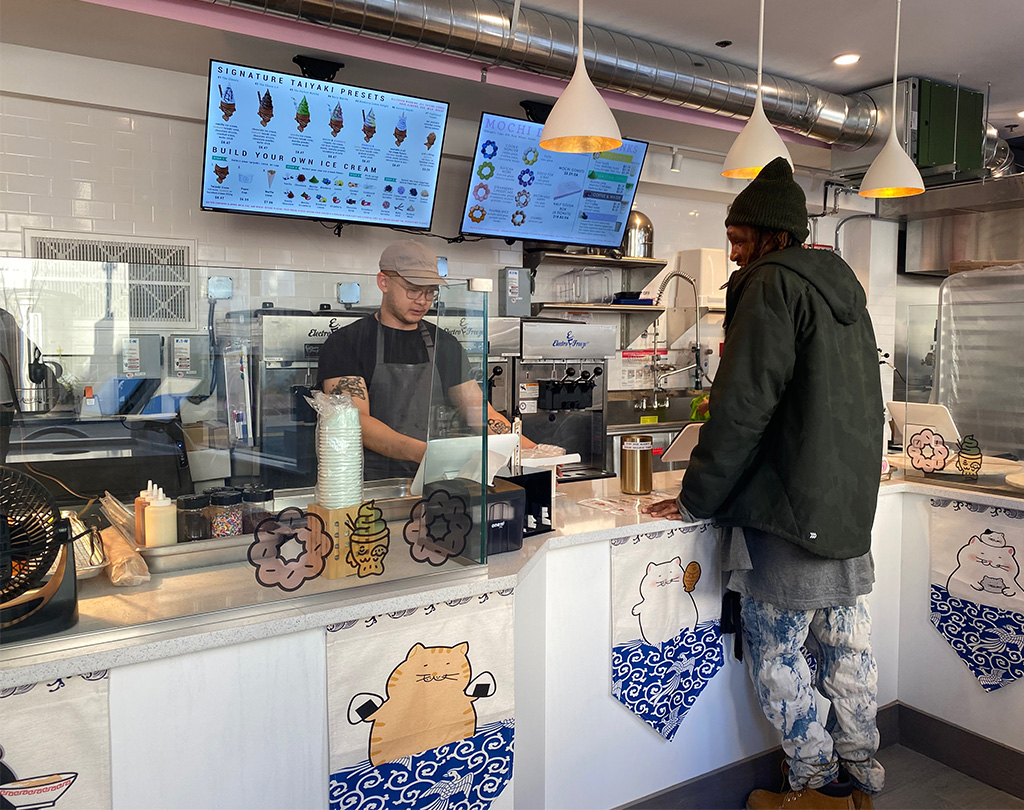 Taiyaki NYC and The Dough Club are in a soft opening Wednesday on Church Street in Harvard Square. (Photo: Marc Levy)

The revival of a space that was formerly the clothing shop called Mint Julep is good for Church Street – slumping since the July 2012 closing of the 10 Church St. AMC Loews cinema and the closing of The Border Cafe Mexican restaurant at 32 Church St. after a Dec. 1, 2019, fire. Though The Painted Burro, an upscale Mexican restaurant in Somerville’s Davis Square, is adding its fourth location at the old Border Cafe site, it still hasn’t opened after a year of work.

There was even more revival in the square seen Wednesday, as Starbucks opened its location in The Abbot building at JFK and Brattle streets, where the Curious George chiildren’s bookshop and toy store once stood. The coffee chain once had three locations in the square; the last, a two-story site with plenty of room for studying or meetups, closed Nov. 21. The new one is just 1,575 square feet – a walk-in, walk-out shop.

Taiyaki ice cream, which is already drawing s steady trickle of customers to Church Street despite little publicity, also comes in more traditional waffle cones and other cute shapes and decorated cups – but most buyers are leaving with the elaborate fish cones, which come with swirled soft serve emerging from the mouth garnished with a wafer cookie and stick of mochi.