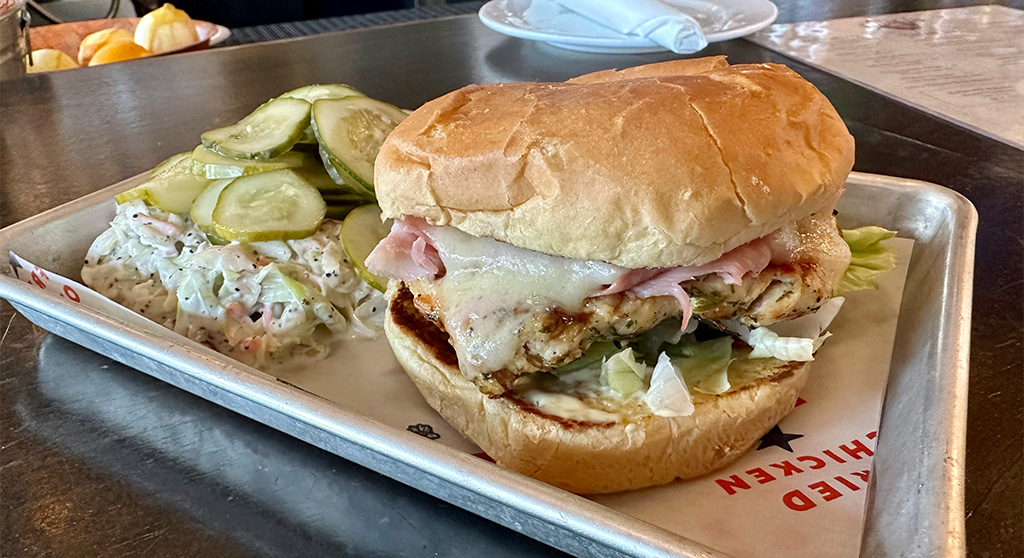 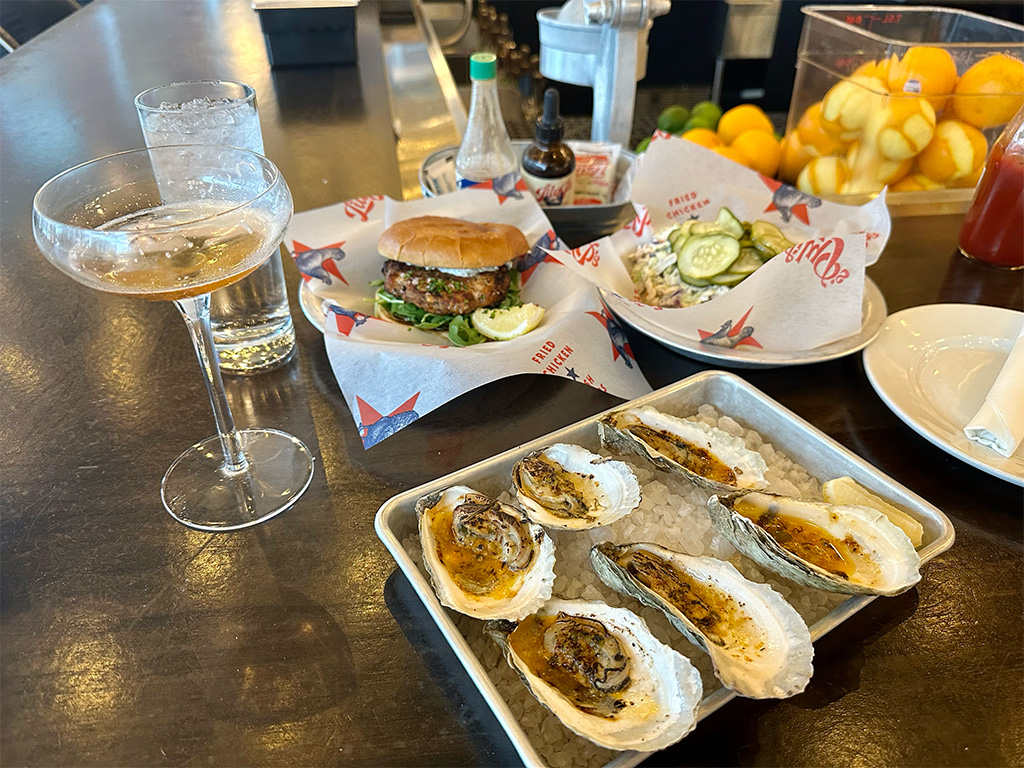 Located in the life-sciences and tech-rich hub between the CambridgeSide mall and Kendall Square, quaint and cozy Lily P’s – named after the chef and owner’s daughter – is where you can lob cornhole beanbags, listen to bluegrass and nosh on buttermilk-battered fried chicken. The website claims “chef Chris Parsons brings fried chicken and fun to Cambridge,” and that’s pretty on point.

Lily P’s is a sprawling street-level eatery in one of the newish office-lab buildings that have erupted in the the area over the past eight or so years, and the whole restaurant is floor-to-ceiling glass that gazes out onto the streetscape. To the right as you walk in is a casual dining area. Immediately before you is a 1950s swivel-stool diner bar that for those in the retro know is a heartwarming sight. To the left is a winding bar with varying size high-tops that can handle groups of two to 12. In the far corner is a dart-tossing area. Outside on the patio, there’s more seating, that cornhole court and a human-height Jenga tower.

But let’s get down to basics: Lily P’s is all about chicken, and there’s plenty of ways to have it – varying sandwiches and plates of chicken fried with an original house recipe or Nashville Hot or Black Pepper Honey versions. On my last visit, I skipped the fried and had a grilled version of the Matterhorn sandwich (ham, Swiss and dijonnaise). The bun was airy and light, the chicken juicy and tender, and the ham and Swiss crowned with crisp iceberg and dijonnaise blended for something hearty and satisfying. The sandwiches come with a side of housemade chips or ranch fries, but there are other sides you can sub in, and I’d like to draw your attention to the slaw and pickles. I’m not a big coleslaw fan, but at Lily’s is a reason to go: Its blend of mayo and vinaigrette with plenty of fresh cracked pepper is a winner, and it doesn’t drown the cabbage, which has always been a turnoff for me. 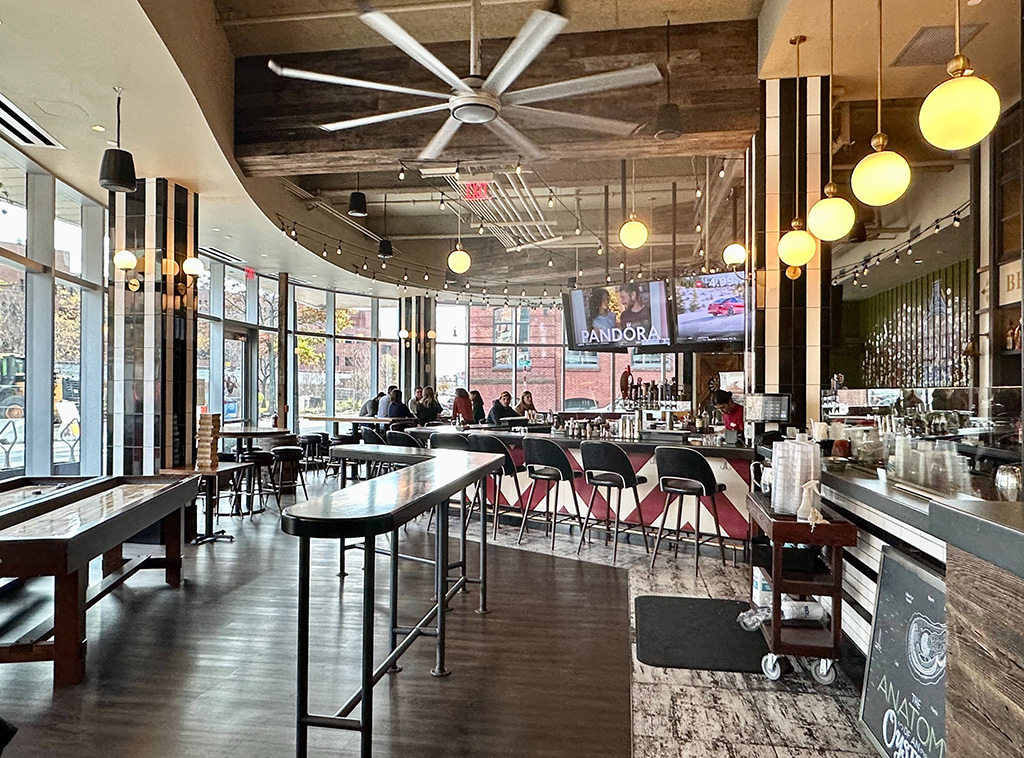 Given that you may be bird-weary after Thanksgiving, Lily’s has gumbo; oysters (the restaurant is billed as a chicken and oyster place, and the roasted oysters in scampi butter are divine); and a seasonal menu that currently includes a shrimp and salmon burger. It’s good, but it’s hard to beat that Matterhorn. A short but appealing cocktail list offers a neat spin on the Old-Fashioned in the Gun Fighter (high-proof bourbon, cane sugar and the requisite bitters) and my favorite, the Vermonster (Up n’ Down pumpkin bourbon, maple syrup, essence of orange and bitters). Both are perfect for the fall.

On Tuesdays, that dart-tossing alley becomes a stage area for some too-rare local bluegrass. And of course if you find yourself at CambridgeSide, Lily’s may be the perfect place to escape holiday shopping madness and cool your heels with a Vermonster and a tray of roasted oysters.