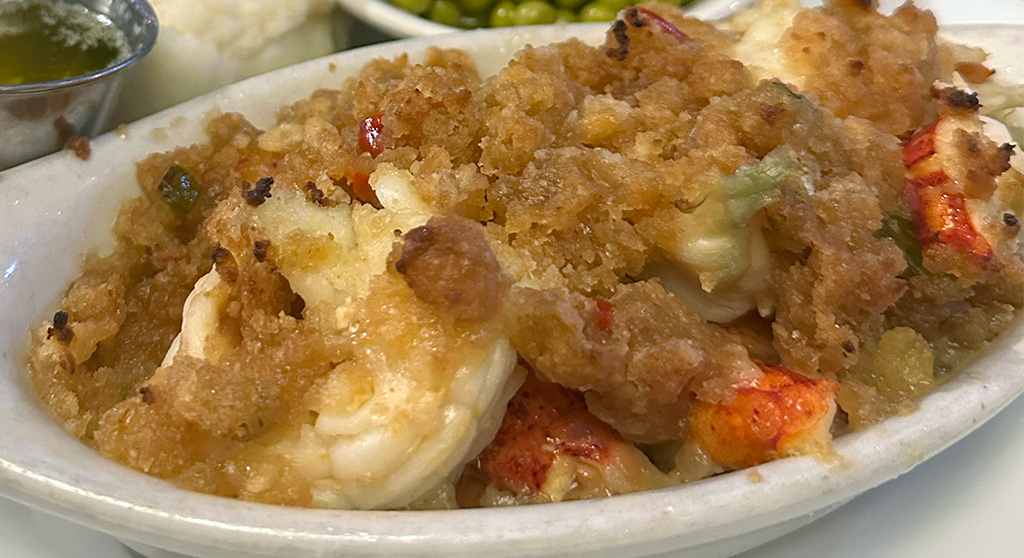 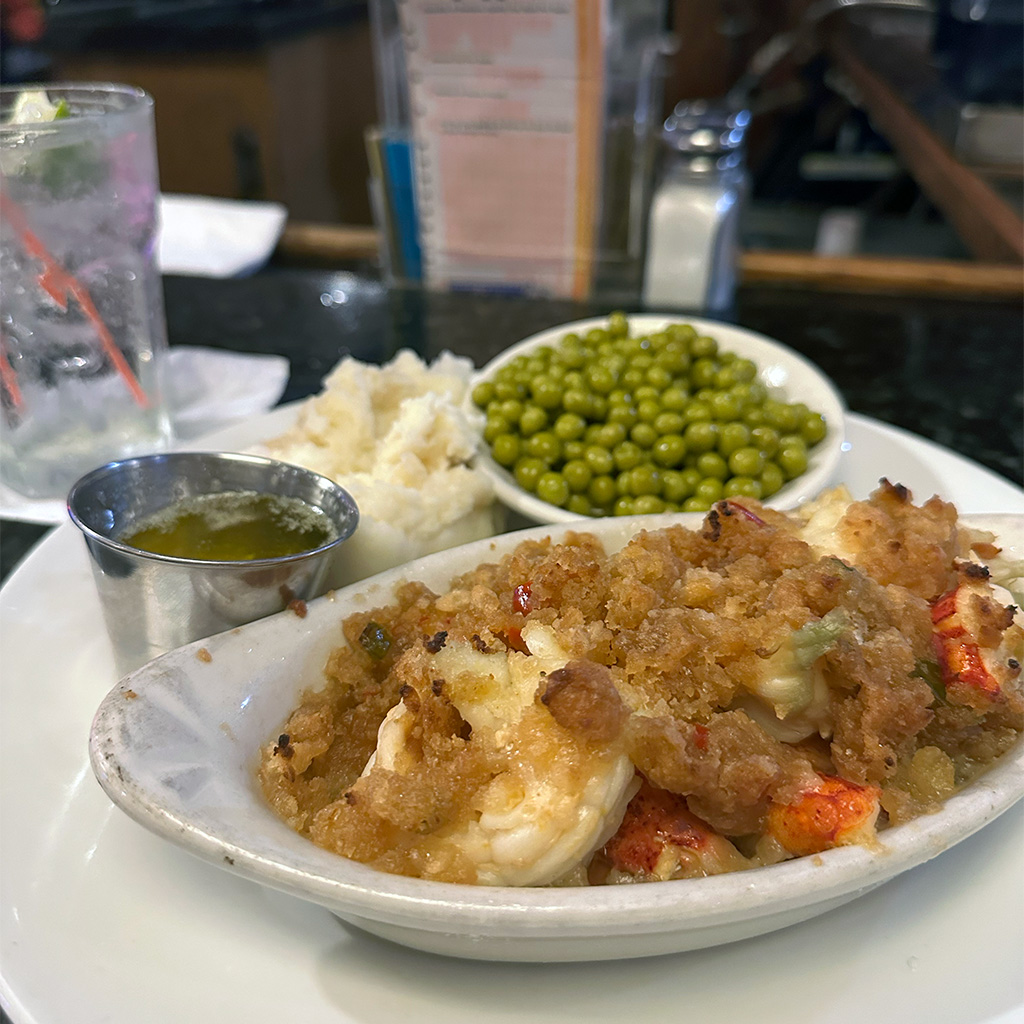 There aren’t a lot of eateries in the area you might identify as traditional – places your parents took you as a kid to which you now take your kids. Part of that’s simply the test of time, though there are a few local establishments with deep roots; Frank’s Steak House and Paddy’s Pub have each notched 75 years. Ahead of them by nearly a decade is the Mount Vernon Restaurant in Somerville’s Sullivan Square, nestled under the Interstate 93 overpass. (Naturally, all three establishments offer Keno.) Mount Vernon is one of the rare places that remain genuine, old-school Boston, reminding me of the mill-town family eateries I used to go to as a youth outside New Haven, Connecticut, where the 4 o’clock hour drew animated nanas with sharp opinions to share and a few barbs should you disagree.

I have passed the Mount Vernon many times but never popped in, and so on one recent NFL Sunday I decided it was time to give it a go. The ambiance was exactly what I hoped for: stark and spare, cozy and intimate, with ample bar space, plenty of TVs for sports watching, booths around the perimeter and a back dining room for those looking to slip into their own little universe. Mount Vernon is known for its twin lobster special and “famous roast beef.” I went there thinking lobster with medium expectations, and was pleasantly pleased.

I opted for an order of the fried mozzarella to begin with. I am a sucker for this fried staple that, whether frozen or housemade, can be wildly over breaded and disappoint; this was okay, with perfectly gooey cheese, tangy marinara but – as I dreaded – too much breading. The thing to love at the Mount Vernon is that the meals come with a popover, which made my heart sing. Can’t say it was the greatest popover ever, but hey, where else do you get popovers? 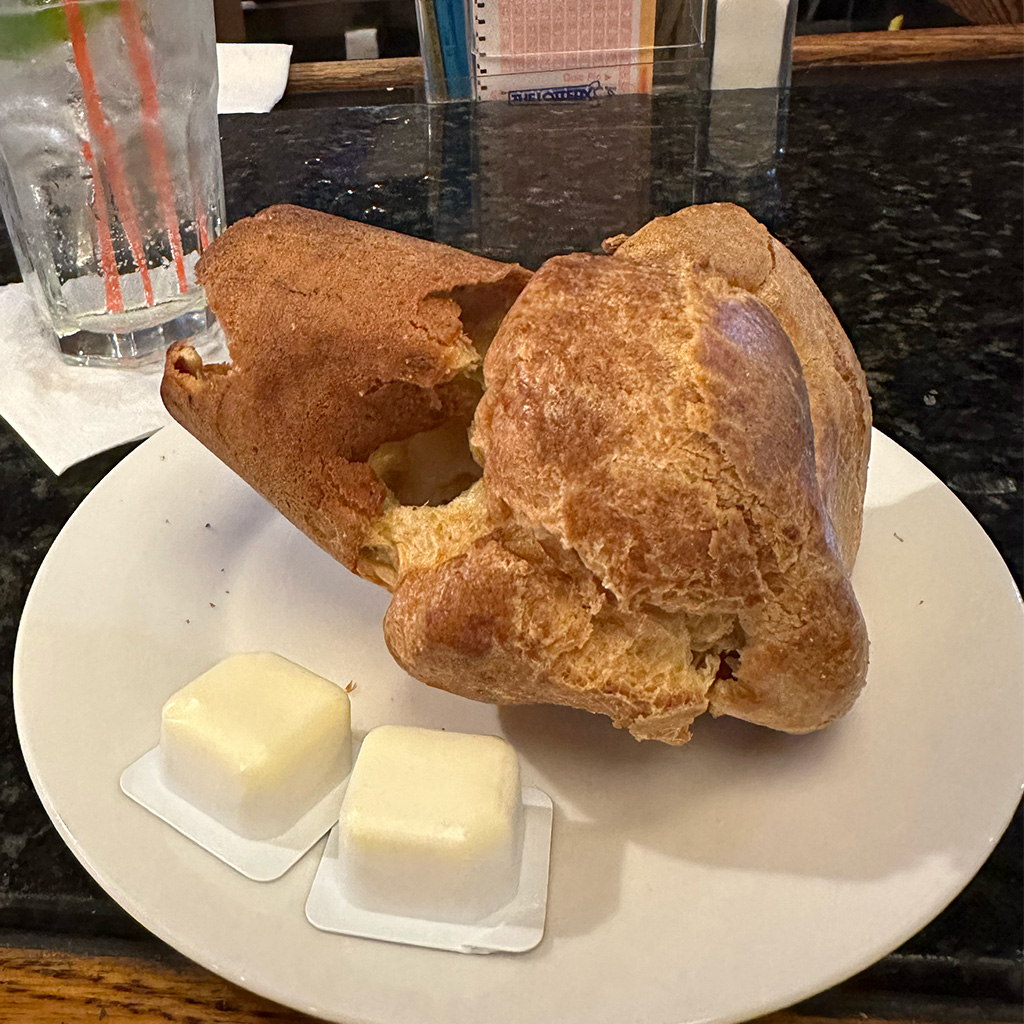 The lobster casserole – not cheap, but worth it – was two or three tails of rich, succulent meat crowned with breadcrumbs that added perfectly to the experience. The seafood casserole at Legal Sea Food, a guilty pleasure of mine, has gone missing since that chain was sold; this lobster casserole, while very different, filled that craving for tender, local lobster meat with a hint of cheese and bread soaked in butter.

The platter comes with forgettable sides – peas and mash that fell off a truck, or out of a cafeteria – but I didn’t much care, as the casserole, ambiance and that popover had me. Plus I saw several folks having that “famous roast beef,” lean, red folds of meat between airy buns dusted with flour. It was like a 1950s Hopper framing of the sandwich at a New York deli, works of art you ate with your eyes and craved to realize in your belly down the line.