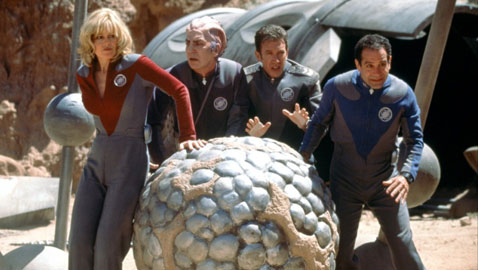 You should already know about the 1369 Coffee House 20th birthday party taking place from 8 a.m. to 5 p.m. Saturday. Here are some other cultural and edible suggestions for your Saturday and Sunday, many of them recognizing the continuing chill in the air and falling pretty firmly into the indoor-arts-and-crafts realm: 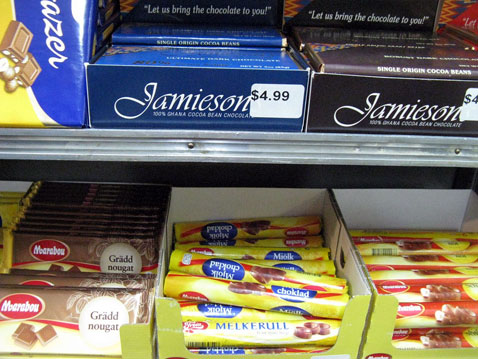 As part of the weekend’s Harvard Square’s Chocolate Festival, Cardullo’s is selling its chocolate products at 20 percent off. (Photo: Mr. Ducke)

Get “Hot, Dark, Sweet and Decadent” at Harvard Square’s Chocolate Festival. What? A whole weekend playing up everything chocolately in Harvard Square? What? Free chocolate? There’s a sampling from 1 to 2 p.m. in Brattle Square (in front of Crema Cafe at 27 Brattle St.) with bits of complimentary chocolate from Evelyn & Angel’s, Sweet, J.P. Licks, Lizzy’s Ice Cream, Bertucci’s, Zinneken’s and Uno Chicago Grill., as well as events such as a Chocolate Lovers Afternoon Tea at UpStairs on the Square, 2 to 4 p.m. Saturday and Sunday, and a variety of other chocolate-themed events, displays and deals around the area – everything from special window displays to 20 percent off all chocolate products at Cardullo’s (6 Brattle St.), a chocolate facial, massage, manicure and pedicure at Corbu Spa & Salon, 5 Bennett St. at The Charles Hotel and of course chocolate drinks and desserts at Grafton Street Pub & Grill, Grendel’s Den, Harvest, Henrietta’s Table, J.P. Licks and Sweet, the cupcake shop. Information is here.

Reload on some summer at the Nave Gallery Annex. The just-opened art gallery at 53 Chester St., Davis Square, Somerville, invited artists to join in on its summer-in-a-bottle project “Picnic,” running Friday through Feb. 8. Curated by Jenn Harrington and Susan Berstler, the show “glorifies the lush serenity, the ripe thriving growth, the vibrant color of what’s living in those sultry days of summer” – meaning 16 artists put whatever they saw as the essence of summer inside mason jars, all to ultimately be auctioned off. “The rules are simple,” the gallery tells artists in inviting them to keep dropping off work as the exhibit goes on. “Stay inside the jar.” The gallery is open from 2 to 8 p.m. Saturday and from 2 to 5 p.m. Sunday. Information is here.

Survive the 35th Annual Science Fiction Marathon at MIT. Starting at 7 p.m. Saturday, participants pay only $8 for the Pixar film “WALL-E,” the recent Rian Johnson time travel noir “Looper” (at 9:30 p.m.), the 1971 Michael Crichton plague procedural “The Andromeda Strain” (at 1:30 a.m.) and affectionate, funny Trekkie parody action film “Galaxy Quest” at 4 a.m. In between there’s a pizza break at 11:45 p.m. (pre-order between “WALL-E” and “Looper”), breakfast foods after “The Andromeda Strain,” some short films and a mystery treat at 12:30 a.m. The cost goes down to $5 for those coming in after “Looper.” The 12 or so hours of this event take place at the Massachusetts Institute of Technology’s Building 26-100, also known as the Compton Laboratories at 60 Vassar St. Information is here.

Turn performance art into your art, on paper, no skill required. Mobius presents “Performing on Paper,” in which the gallery lets people draw from life – using performance art as that life. “Observe Mobius artists develop their performances before your eyes as you try to capture some of it as a drawing. There is something for everyone! Draw with a sense of energy and excitement that the performing artists generate. Respond to it with your drawing,” the gallery description says, stressing that the gallery “is a friendly environment welcoming all levels of ability.” The event  runs noon to 5 p.m. Sunday, with a suggested $10 donation and door prizes in return. (Pre-registration is also suggested with [email protected].) Mobius is at 55 Norfolk St., Central Square.

Gawk at the spectacle of the Head of the Zesiger Cardboard Boat Regatta. Can a boat made of cardboard and paper tape make it all the way across the Zesiger Center Competition Pool at the Massachusetts Institute of Technology? Not all of them do, which is why one boat in recent competition was called Titanic (and one in 2008 was named, in the parlance of the times, Bailout). In addition to wondering at the engineering and athletic challenge, you can scope out the competition and see if you want to participate in next year’s regatta (registration for this year’s ended Thursday). The event run from 3 to 5 p.m. Sunday in the institute’s Building W35, the Zesiger Sports and Fitness Center at 120 Vassar St. Information is here.