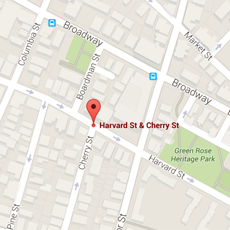 Police are investigating a shooting Friday evening that sent two victims to the hospital – one with serious injuries.

Cambridge police received reports of gunshots around Harvard and Cherry street, in the Area IV/Port neighborhood, at around 8:15 p.m., said Jeremy Warnick, director of communications and media relations for Cambridge police. The shooting scene is near the Fletcher Maynard Academy, a public elementary school.

In addition, a Cambridge hospital alerted police that two men had arrived seeking treatment for gunshot injuries. Only one victim’s injuries were serious, but both victims were taken to a Boston hospital for further treatment, Warnick said.

A report from police in March said in Cambridge had seen violent crimes fall 8 percent from a year earlier – although largely because of property crime, the city saw an overall 5 percent increase in serious incidents. Since then, there has a small jump in violent crime as well.

While the city saw a flurry of gunshot reports in the first quarter of the year without accompanying reports of victims, and two arrests in late March and last week seemed to account for those incidents, there have been separate reports of gun violence with a human cost: a workplace incident that ended in suicide April 7, and a shootout that killed one man and injured another near Mount Auburn Hospital on March 22.