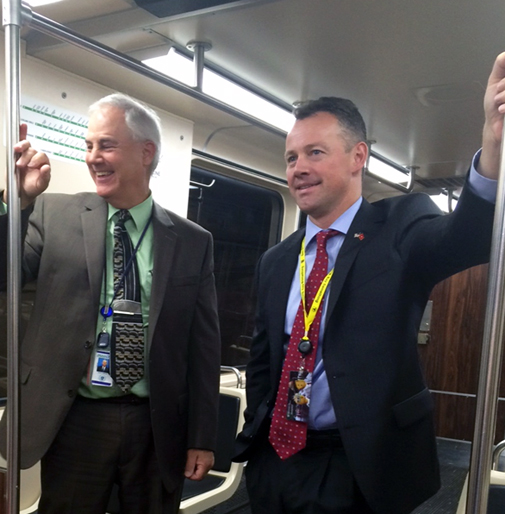 By Marc Levy and Allison Goldsberry

The green line extension is moving forward with a scaled-back, less expensive plan to bring light rail through Medford and Somerville, the project’s interim management team said at a June meeting.

Though Cambridge has preliminarily offered up to $25 million in aid to keep the project alive, with much of that being financial contributions from developers in the NorthPoint neighborhood, it is technically unknown how much of that money will be needed. The City Council probably won’t be asked to vote to okay an appropriation until early fall, said Iram Farooq, assistant city manager for community development.

The state Department of Transportation is rebidding the project and will “come back to the cities if money is needed,” Farooq said.

Some of the interim management team’s priorities, as indicated in its project update, include coordinating ongoing construction, meeting with abutters and important stakeholders such as the surrounding communities and Tufts University and creating a “strategic shutdown plan” for the commuter rail. The team provided its project update at a June 27 joint meeting of the state Department of Transportation’s board of directors and MBTA Fiscal & Management Control Board.

Weston & Sampson Engineers was named as project lead, and other major project contractors include Arup for cost estimates and Aecome/HNTB for design. The transit agency is also getting professional help to hire a new project management team after the previous one oversaw a process that threatened to balloon $1 billion over budget, nearly shutting down the project. A South Coast project has also been identified as being nearly $1 billion over budget.

The interim team continues to overhaul the project plan, but won a favorable preliminary review of the scaled-down green line extension in May from the Federal Transit Administration. A more comprehensive review of the project’s costs, management and design is underway by the Administration, whose funding is critical for the six-stop extension. It includes relocating Cambridge’s Lechmere stop to the NorthPoint neighborhood and a one-stop spur to Somerville’s Union Square.

The “cheaper” $2.3 billion project plan is being supported in part by $152 million in federal highway funding reallocated by the Boston Region Metropolitan Planning Organization – and with Memorandums of Understanding for up to $75 million in funding from Somerville and Cambridge.

Some resistance could come from the MBTA itself, where newly appointed general manager Brian Shortsleeve told WBZ-TV’s Jon Keller this week that “It’s much more important for us to get the core system [of the MBTA] working than it is to pursue big, expensive expansion projects. So our focus will continue to be on the core.”

A version of this story appeared originally on InsideMedford.com.