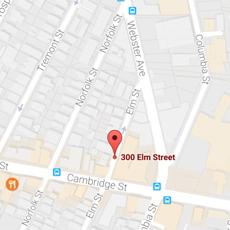 Police are investigating gunshots last night on the 300 block of Elm Street between Cambridge Street and Webster Avenue, near Inman Square in the Wellington-Harrington neighborhood. There are no reported injuries or victims, said Jeremy Warnick, director of communications and media relations for Cambridge police.

Responding to 911 calls reporting multiple gunshots last night at 9:29 p.m., police canvassed the area and found the shots had damaged a vehicle and the side of a home.

Witnesses reported seeing a gray SUV speeding toward Somerville after the gunshots were fired.