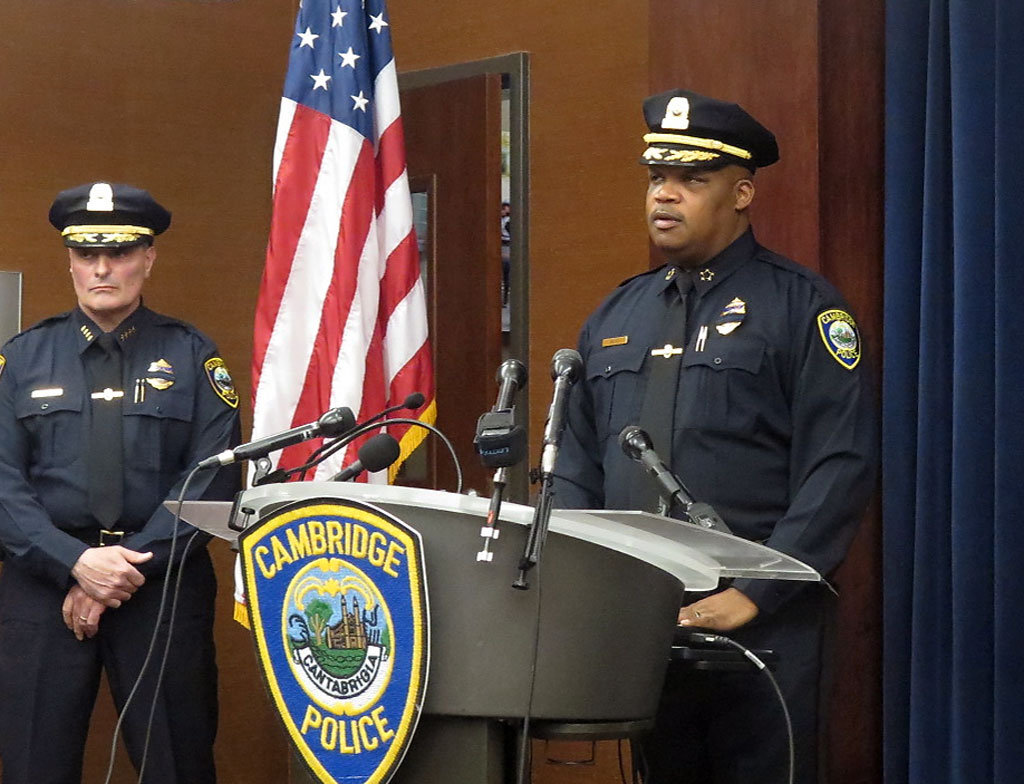 Charges could be dropped against the college student involved in a violent struggle with police after a drug-related incident in which he was naked in public, if a mental health evaluation recommends it, police said today at a Cambridge police headquarters press conference.

“We recognize that there are individuals, probably a great percentage of individuals, who are better served by means other than the criminal justice system,” Police Commissioner Branville G. Bard Jr. said.

An arraignment date hasn’t been set because the student is still undergoing evaluation at Mount Auburn Hospital while recovering from a dose of LSD or a drug called morning glory that the student’s friends said he took before taking off his clothes and throwing them in a woman’s face. Calls brought four police officers into a direct confrontation with the student on a traffic island at Massachusetts Avenue and Waterhouse Street near Harvard Square at 9:09 p.m. Friday, leading to five punches to his torso in an effort to get him handcuffed.

The incident was watched by about 30 people, and videotaped, and the Harvard Black Law Students Association is calling it “a brutal instance of police violence” and linking it to Black Lives Matter incidents nationwide, as did Mayor Marc McGovern. Like other officials, McGovern said he looked forward to the results of a police investigation of the three officers involved. (The fourth was a Transit Police officer.)

Police Review & Advisory Board executive director Brian Corr that the civilian-run board would also investigate formally if it got a complaint. “Because this was such a public event, the Cambridge Police have indicated that they will give board members an opportunity to review, discuss and address questions associated with the incident and that they will share CPD’s findings with the board, just as they would with any incident of interest,” Corr said.

The decision whether file charges will not be made solely by police. The department is working collaboratively on the case “with a bunch of other entities,” Bard said.

If charged, Selorm Ohene, 21, might have to plead in court to indecent exposure, disorderly conduct, assault, resisting arrest, and assault and battery on an ambulance personnel, because as he was being taken to a hospital for evaluation, he spat a mixture of saliva and blood at an emergency medical technician, police said. Two officers were also treated at a local hospital for minor injuries and “unprotected exposure to bodily fluids.”

But Bard was resistant to even saying the student’s name in front of television cameras, part of a harm-reduction strategy. “At some point that man will be out in the workforce trying to gain employment, and [it helps] to the extent there’s not a video of me referencing him being naked out on Massachusetts Avenue,” he said.

The officers involved in the incident are not on administrative leave, but one remains out with a leg injury, Bard said.

With an investigation pending, the commissioner didn’t get deep into the timing of the incident or other details, such as how many other officers were on the scene and the degree to which they were controlling traffic on the avenue. He’d cited it Saturday as a justification for use of force to end the situation from going on longer and potentially causing further injuries, “particularly since the location of the engagement was next to a busy street with oncoming traffic.” On video, a bus is seen driving past as an officer punches the student.

Bard also resisted making statements that could be seen as influencing an investigation. But he did give an official answer to a couple of allegations from the student law group, saying that he’d seen no evidence officers were trying to prevent bystanders from filming the Friday incident, and that he didn’t believe there was communication that night from Harvard University Health Services, which the law group said had been contacted before police and could have handled the incident without police involvement.

“All I’ll say is that we received information from emergency commutations that there was a naked man,” Bard said.

Officers are trained in a “continuum of force” that includes attempts to deescalate a situation but also physical force such as body holds, as well as use of the weapons they carry: a baton, pepper spray and firearm, said Jeremy Warnick, director of communications and media relations for Cambridge police. There have also been three recent “procedural justice” trainings meant to address policing in an era of heightened awareness of excessive force used against people of color nationwide – often fatally and with questionable cause suggestive of racial bias.

“It’s all about fairness and impartiality, and a lot of it goes back to the professor Gates incident,” Warnick said, referring to the 2009 arrest of Harvard professor Henry Louis Gates Jr. by Cambridge officers, which drew international attention to Cambridge policing and race; Gates is black, the arresting officer was white and the charges were quickly dropped.

Two of the Cambridge officers involved in the Friday incident are white, and one Hispanic. Ohene is black.

The Cambridge force is in the early stages of forming special units to address procedural justice and social inclusivity, work that started “well before this incident,” Warnick said.

This post was updated April 17 with comments from Brian Corr of the Police Review & Advisory Board.