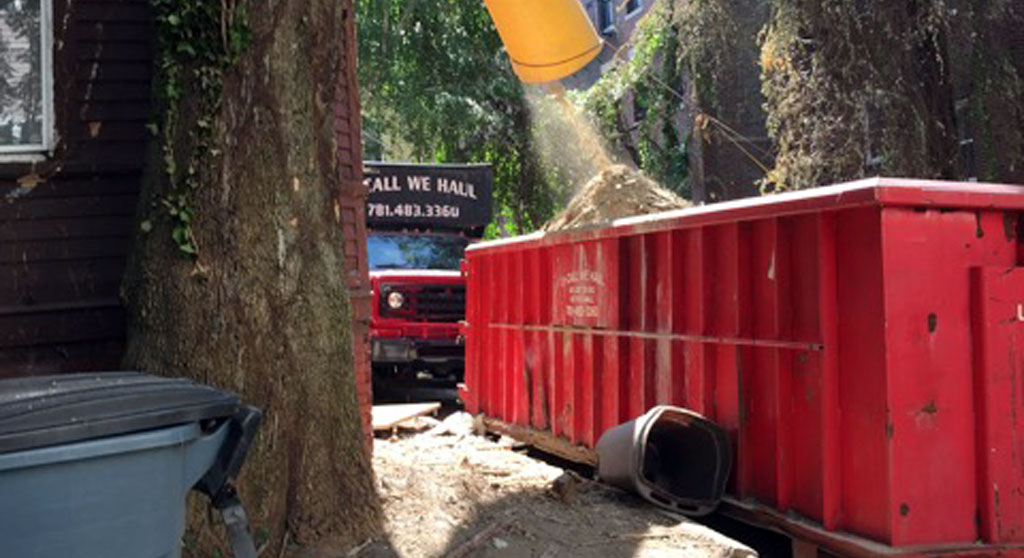 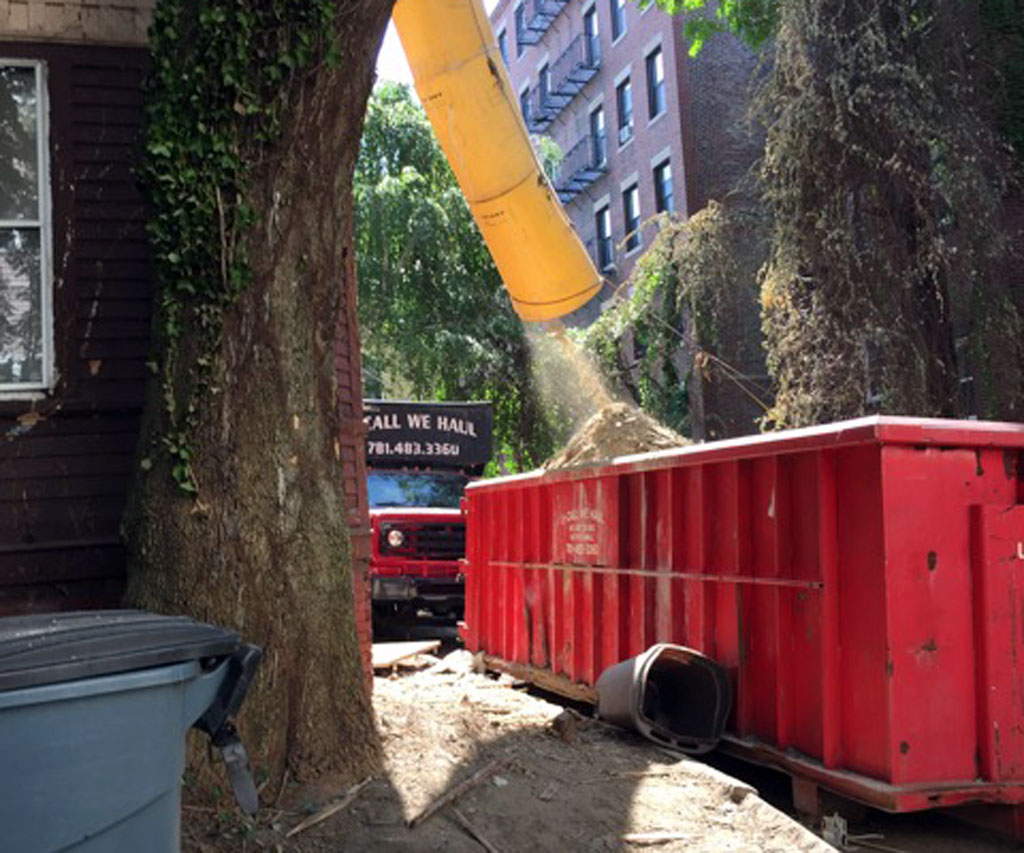 Work is underway at 12 Arnold Circle in October to turn the building into 12 market-rate units.(Photo: Rena Leib)

Minutes before a court hearing Monday, developer Edward Doherty and lawyers for the city reached an agreement to settle a lawsuit by Doherty challenging the legality of the city’s inclusionary housing ordinance.

Neither side would provide details outside the courtroom. But later, city spokesman Lee Gianetti sent councillors an email saying Doherty had agreed to pay $250,000 to the Affordable Housing Trust in return for not having to include affordable units in his proposed renovation of the dilapidated building at 12 Arnold Circle.

“The city is pleased that the long-awaited settlement of this case will allow the redevelopment plans for this property to proceed,” Gianetti said in a public statement emailed to CambridgeDay.

Doherty had sued the city in Land Court along with the former owner of the building, Kenneth Krohn, contending that the ordinance is illegal because inclusionary housing is a form of rent control and, as such, violates a 1996 ban on rent control barring any measure imposing below-market rents.

That argument, if backed by a court, threatened to invalidate inclusionary housing not only in Cambridge but across the state. Inclusionary housing requires developers of market rate projects to include a certain percentage of units affordable to lower-income residents, usually based on pricing the housing at no more than 30 percent of a buyer’s or renter’s income. In Cambridge, it provides the lion’s share of new affordable housing.

Doherty also claimed that the ordinance didn’t apply to 12 Arnold Circle specifically, but that issue wasn’t before the court at the Monday hearing. Instead, Land Court Judge Jennifer Roberts was scheduled to hear evidence on the city’s assertion that Doherty had already agreed to a settlement of the rent control claim.

Doherty’s lawyers had denied that vehemently and the city had asked the court to force Doherty to abide by what Cambridge said was the settlement agreement. That earlier agreement seemed to have the same general terms as the one reached Monday — $250,000 from Doherty in return for building all market-rate condominiums. However, details of the Monday pact, when disclosed, could explain why Doherty changed his mind.

Fifteen minutes before the Monday hearing was to begin at 9:30 a.m., one of Doherty’s lawyers asked the court clerk to delay the hearing until 10 a.m., saying the two sides were very close to an agreement.

Shortly after 10 a.m., Doherty’s attorneys, Michael Ford and Peter Morin, and Assistant City Solicitor Megan Bayer and an unidentified city lawyer came into the courtroom. Ford told the judge’s clerk that there was a settlement agreement, canceling the hearing.

Afterward, Ford said Doherty reached an “amicable agreement” with the city and that the two sides worked “long and hard,” including during the preceding weekend, to settle. A written agreement is being prepared in the next week, he said. Bayer declined to comment.

Krohn, who was awaiting the hearing, was at the court although he was not a party to the settlement. Doherty’s lawyers briefed Krohn on the agreement in a private conference room near the courtroom, after the hearing was canceled.

Krohn sold the building to Doherty in July for $4.6 million. He was promised an extra $1 million if the renovation project was determined to be not subject to the inclusionary housing law, allowing all 12 planned new units to be market-rate.

After his private briefing, Krohn was asked whether he was going to get his $1 million. “It appears that is so,” he said.