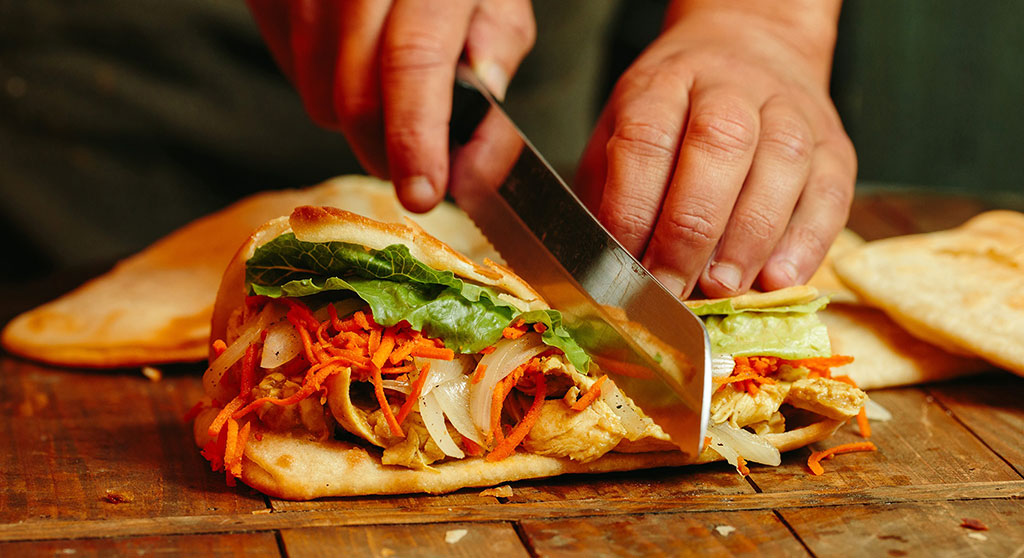 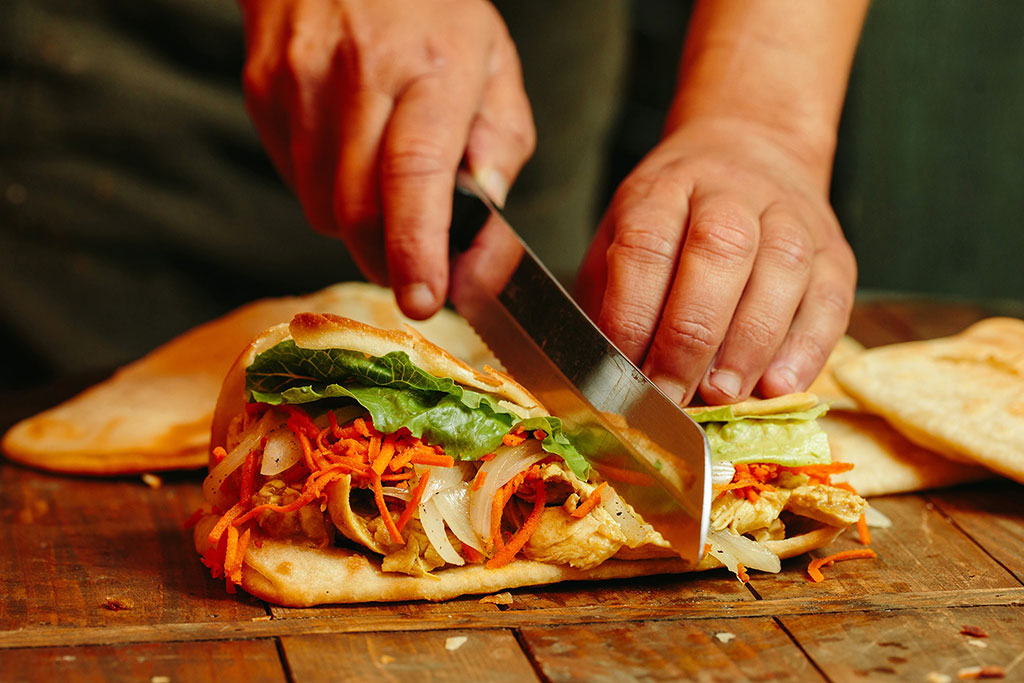 Foumami, which serves sandwiches on Chinese bread known as shaobing, seeks to open in Harvard Square. (Photo: Foumami via Facebook)

License Commission, 3 p.m. Monday. The commission continues its tour of days of the week – it’s easily the least consistent board in terms of when it meets – with a low-key agenda filled with taxi driver licenses (still a thing) and changes of ownership. The news is that the Asian sandwich shop Foumami is coming to 33 Brattle St., Harvard Square, to replace Flat Patties, whose Tom Brush told Scout Cambridge that burgers weren’t selling fast enough to even be “in a place to negotiate” with the soaring rent demands of landlord Asana Properties. Foumami will hold 49 people for breakfast, lunch and dinner, asking to be open until 11 p.m. and midnight on weeknights and until 2 a.m. on weekends. It’s a bigger menu than is offered at its Boston location.

City Council, 5:30 p.m. Monday. As the new council eases into its two-year term, including by receiving committee leadership posts from Mayor Sumbul Siddiqui, this looks to be a fairly quick meeting. A zoning petition from Christopher Schmidt will likely be accepted and moved with little comment to the Ordinance Committee, which would discuss whether to shift the definition of “family” away from blood ties to mean people “living as a single nonprofit housekeeping unit”; equally little comment is needed on a motion by vice mayor Alanna Mallon to get an update on the meetings being held regularly among Cambridge Office of Tourism, Cambridge Arts and economic development staff. Councillor Quinton Zondervan is moving to extend a tree-cutting moratorium past March 11 – to Dec. 31 – so the council doesn’t have to rush an overhaul of tree protection laws, considering recommendations from the Urban Forest Master Plan Task Force weren’t released as expected last summer. Televised.

Starting the budgeting for fiscal 2021

School Committee budget retreat, 6 p.m. Tuesday. The new committee – minus one, since a ballot recount hasn’t been done to replace member Emily Dexter – looks over initial budget and enrollment projections for the the 2021 fiscal year. A closed-door session to talk about negotiations with the teachers’ union follows the retreat.

Planning Board, 6:30 p.m. Tuesday. Along with electing a board chair, members will explore converting the old Cambridge Offset Printing building at 56 Creighton St., near Porter Square in North Cambridge, into three units of housing. Televised.

Election Commission, 5:30 p.m. Thursday. The commission will do a “vacancy recount” of Emily Dexter’s ballots from the November election, when she won her seat back for a third term. Dexter announced in December she wouldn’t be sitting for the term, though; her not being sworn in at last week’s inaugural meeting of the committee enabled election officials to do a recount expected to result in the election of David Weinstein.