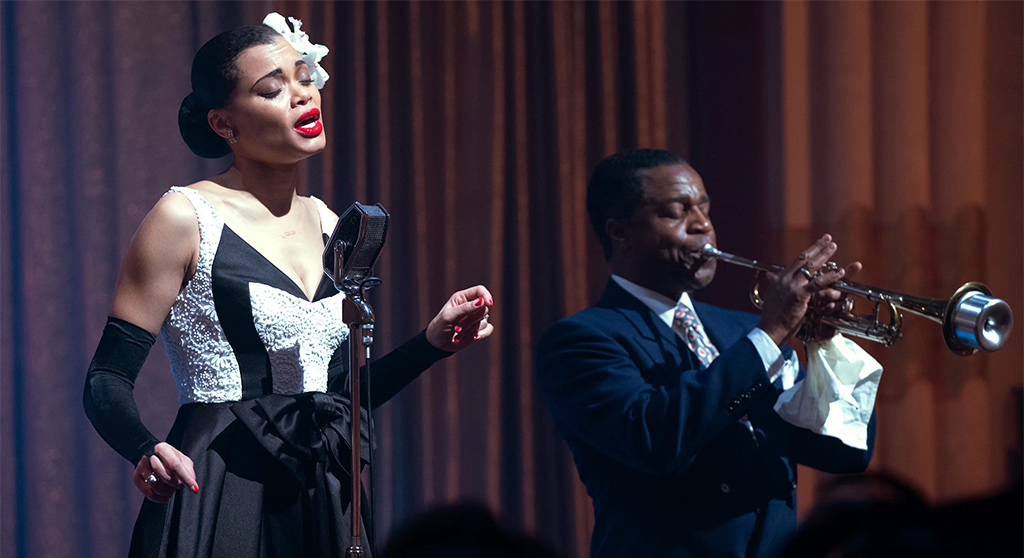 Virtual Viewing at the Brattle

New and added. Few may recollect “Smooth Talk,” the tight, haunting tale of edgy play between innocent prey (a young Laura Dern, perfect in her ability to toggle between willing object of desire and innocent, awkward ingenue) and predator (Treat Williams, channeling James Dean and more so Martin Sheen in “Badlands”). The 1985 film directed by Joyce Chopra, based loosely on Joyce Carol Oates’ short story “Where Are You Going, Where Have You Been?,” has Dern’s budding teen hanging out with gal pals and boys with Williams’ lurker (named Arnold Friend – a friend) biding his time to intercede. The play between the two spot-on performers is riveting, and the film moves in surprising directions. The Brattle exhibited the film before Covid hit, and the Boston Society of Film Critics cited it as one of its five Best Rediscoveries of 2020. This virtual screening is a new digital restoration. Also playing is Andrey Konchalovskiy’s “Sin” (2019) about Michelangelo (Alberto Testone) and his struggle to rise from depression and poverty to finish the ceiling of the Sistine Chapel. Konchalovskiy’s “Dear Comrades” (2020) was released in the states this year and of course Konchalovskiy is best known for co-writing “Andrei Rublev” (1966) and directing U.S. curios such as “Runaway Train” (1985) and “Tango and Cash” (1989). In addition, the Brattle is sponsoring the DocYard’s screenings virtually; running is a sneak peak at Dieudo Hamadi’s “Downstream to Kinshasa,” which follows a group of disabled survivors of the 2000 Six Day War as they seek reparations and recognition of their experience from the Congolese government. There will be a live (virtual) Q&A with Hamadi on Monday.

The Boston Women’s Film Festival hosts a sneak screening of “Land” (it has been playing in theaters only, at Landmark Kendall Square locally) on Thursday. The film, something of an “Into the Wild”-like quest for isolation and self discovery, marks Robin Wright’s directorial debut. “The Congress” (2014) actor also plays the central protagonist, who doesn’t know what she’s in for when she sets off into the mountains. Email for access. (Tom Meek)

I’m a Chloë Grace Moretz fan, but she keeps getting entwined in these odd live-action/animation and special FX flicks such as “Shadow in the Cloud” (2020) and this unnecessary update of the classic tomcat and witty mouse who naturally clash, and here mix it up in a posh New York Hotel – think The Plaza, though identified as the Royal Gate Hotel. Moretz is likable enough as the resourceful ingenue hired by the hotel to rid it of the mouse by employing the cat as her “enforcer.” SNL news desk guy Colin Jost, awkwardly stiff, is in the mix as the rich kid slated to have a big marriage at the hotel, and Michael Peña plays Moretz’s higher-up who has jealousy issues. “Space Jam” (1996) this is not – maybe a clank off the rim. Fun for kids, though my 11-year-old bailed three-quarters of the way in, even though she said she “liked it.” I’m not sure if that’s a “I’m coming back” eventually, or “I’m good.” In theaters and streaming on HBO Max. (Tom Meek)

Brittle and clinical, “My Zoe” manages to be an impossibly cold film despite the tragic story at its center. Directed and written by and starring Julie Delpy (“Before Midnight”), the film begins in the clearly beleaguered aftermath of a messy separation between husband and wife (Richard Armitage and Delpy) as they deal with custody over their young daughter, Zoe (Sophia Ally). Zoe soon suffers an aneurysm, falling into a coma with deteriorating hope for her survival. It’s in these tense, nightmarish moments that the film finds its greatest strengths, examining the honesty of human connection and the need to place blame for such a terrible loss. Delpy and Armitage are at their best delivering verbal blows against one another, with vitriol practically dripping from their dialogue.The story flounders as Delpy’s Isabelle travels to Russia to try to clone her lost daughter, losing that tense realism for something that never feels fully formed. Screening at Landmark Kendall Square Cinema, 355 Binney St., Kendall Square. (Ally Johnson)

Kerry Mondragon’s pandemic thriller is a stylish if hollow and circuitous endeavor. Set in the near now, where there’s something akin to Covid going around (masks are required, but the rhyme and reason and laws around them make little sense), Luke (Dylan Sprouse) – a tweaker with a sizable monkey on his back – gets kidnapped by a pair of female pharmaceutical Robin Hoods (Sam Quartin, excellent, and Nekhebet Kum Juch as her mute sidekick) and taken off to a lawless commune desert town. The trippy trek is incredibly well staged, especially for such a lo-fi budget, but the plot lines and justification for actions never add up. Mondragon really knows how to set the table; now he just needs to hone his cooking skills. The film should set Quartin up for a breakout. Streaming on Fandango Now, Redbox and DirectTV. (Tom Meek)

Lee Daniels (“Precious,” “The Butler”) directs this tale of the legendary jazz singer of the title. Andra Day is fire as Ms. Holiday, but the film focuses mostly on her lows and struggles with alcohol and drugs, which bring the authorities down on her and makes her tabloid fodder as a junkie. The film wants to be gritty, and it gets that from Day’s brave embodiment. But it feels one-note, shoehorned into the shadows without the balance of spirit or spotlight. The story doesn’t need to be fairytale uptick; history is history, and society and the universe weren’t kind to Ms. Holiday no matter how many times they settled in to hear her incomparable talent, or ask her about “Strange Fruit” – which they do a lot in the film. No, Holiday and Day deserve a bigger canvas, one that has space to paint a soul of a woman whom no one got. Streaming on Hulu. (Tom Meek)