Coronavirus edition, XLV: Movies to shelter with, as well as Belmont World Film and The ‘Brattlite’ 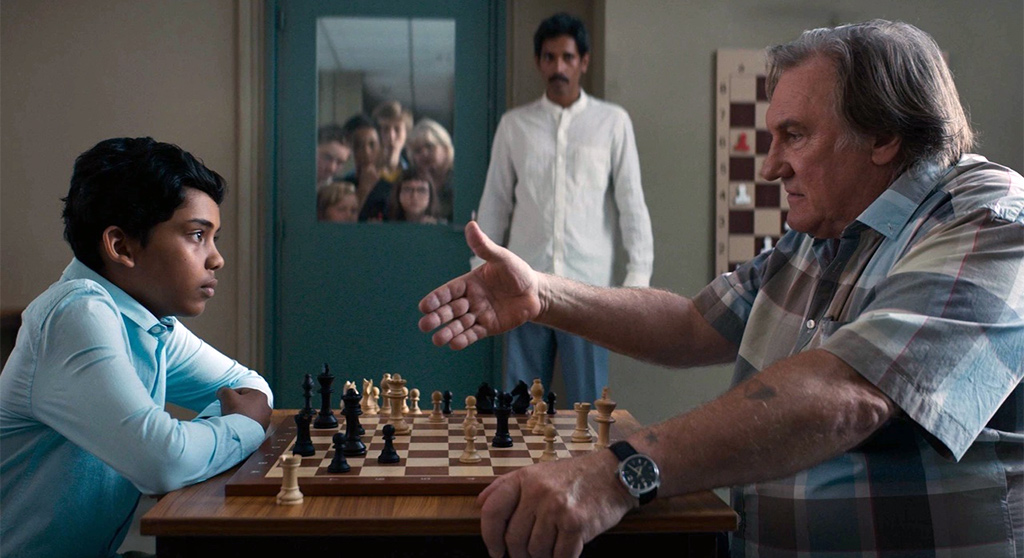 Coronavirus edition, XLV: Movies to shelter with, as well as Belmont World Film and The ‘Brattlite’

Belmont World Film kicks off its 18th annual family film fest Friday – virtually. Normally the BWFFF plays the Brattle Theatre and Belmont Studio Cinema. The family-oriented fest is aimed at kids up to 12, shining a light on international and diverse cultures. This year’s program will exhibit nearly 50 features, documentaries and shorts through Jan. 24, including films to honor Martin Luther King Jr. on his federally observed day of honor. Highlights include “Animal Magnetism,” shorts about animal that enchant; “The Bears Famous Invasion of Sicily”; and “Fahim, the Little Chess Prince” starring Gerard Depardieu. Work shops offered include three sessions on model making for animated films conducted by the senior model maker from Aardman (of the “Wallace & Gromit” films) and a Junior Film Critics workshop with WBZ’s Joyce Kulhawik and Boston Globe film critics Ty Burr and Peter Keough. There will also be live conversations with filmmakers and other local critics, journalists and experts, including one with me and South African filmmaker Shane Vermooten (“Kusasa”) at the conclusion of the festival. For listings and ticket information, go to belmontworldfilm.org.

As part of its new “Brattlite” initiative, the Brattle Theatre launches “Brattle Selects” on Friday with a quartet of films by Italian filmmaking icon Federico Fellini, who would have celebrated his 100th birthday in 2020. The program will include a new 4K restoration of his late-period feature “Intervista” (1987) from Janus Films, along with exclusive runs of Fellini’s rarely screened early works “Il Bidone” (1955) and “Variety Lights” (1950, his first), and his 1960 masterpiece “La Dolce Vita” starring Marcello Mastroianni and Anita Ekberg. Brattle Selects is a new, in-house curation to accompany its current, independent focused Virtual Screening Room. Information is on the Brattle’s website.

The Boston Women’s Film Festival partners with Amazon to host a special screening of  “Promising Young Woman” at 7 p.m. Thursday. The hot-topic film stars Carey Mulligan as a woman who feigns drunk at bars to flip the tables on seemingly friendly men with ill intentions. It’s a hard #MeToo look at actions and ramifications, one all men should register. (The film more recently sparked controversy when a critic for Variety called Mulligan “an odd choice” to be pickup bait because of her looks. In one stroke of the keyboard he pretty much made the point of the film – and Variety later apologized.) The screening can be accessed here.

Montreal-based director Alexandre Franchi’s film is something of a modern rendering of Todd Browning’s eternally chilling “Freaks” (1932). The crew of societal castoffs and those shunned on the street here are folks in a support group for the disfigured. The rub is the new guy Stan (Robin L’Houmeau), who under his bandaged face is a handsome young man who wants in for reasons related to his mother dying. The arc of the film has Stan outed, but the group’s initial ire gives as Stan, something of an introvert himself (and into D&D), helps empower those normally afraid to walk the street in the day or have a drink in a bar for fear of harassment. Franchi’s movement is not all upswing; it moves in some very dark and perverse ebbs, and L’Houmeau in the pivotal role evokes a young Bud Cort or Paul Dano. The film was part of 2019 Boston Underground Film Fest at the Brattle, when we could all gather in a movie house. Available on demand.

Andrey Konchalovskiy may have one of the craziest filmmaker CVs out there. In 1966 he co-wrote the great Russian Medieval epic “Andrei Rublev” with director Andrei Tarkovsky (“Solaris,” “Stalker”); his most renowned work behind the lens is the brilliant Alaskan prison break thriller “Runaway Train” in 1985 – and then there was that cheesy cop buddy caper, “Tango & Cash” (1989) pairing Kurt Russell with Sylvester Stallone. Here Konchalovskiy goes back to his Russian roots in a docudrama about the Novocherkassk massacre in 1962, when factory workers revolted after being asked to take food and wage cuts during austerity measures. The response from authorities is self-righteous, indignant and incompetent (sounds like something recently seen on the news?). Konchalovskiy’s wife, Yuliya Vysotskaya (excellent), plays one of the loyalist bureaucrats caught between the generals and the mob, and suddenly on a quest to find her daughter on the other side of the dissent. Shot in stark black and white and with a somber tone, with sweeping events happening just off frame, the film would make a good double bill with “The Painted Bird.” Not yet streaming.

Before Olivia Wide ducked behind the lens in 2019 to give us the smart, barbed girl-nerd comedy “Booksmart,” she starred in this domestic abuse revenge thriller that’s more of a hands-on “Promising Young Woman.” Wilde’s Sadie, a survivalist who hits the bag, finds women who are abused by their male partners and liberates them by any means possible. It’s not far off from “The Equalizer” by way of “Sleeping With the Enemy” (1992) as Sadie’s dark past comes for her. Wilde is fine, but the film never scores its punches as it keeps packing more and more on. On Amazon Prime and on demand.

I’ve recently been cleansing my cinematic palate with recent masterpieces (“The Wolf of Wall Street,” “The Parallax View” and “Platoon”) and classics such as this Buster Keaton silent, about an effete son (Keaton) of a cantankerous riverboat captain who comes home to throw in with his father (Ernest Torrence as Steamboat Bill). Bigger forces are at play as a steamboat company wants a monopoly and tries to get Steamboat Bill off the river. The technical accomplishments of the film in scope and FX is stunning by today’s standards, especially the stunts done by Keaton sans a net or stunt double. He, along with Chaplin and Harold Lloyd, defined physical comedy, and what they did back then still stands to awe. On Amazon Prime and on demand.

Christian values abound in this precious kid/broken adult redemption project. Tommy (Scott Pryor, who also co-writes and co-directs), a semi-functional alcoholic and drug user who suffers from PTSD, gets blindsided when 9-year-old Tulsa (Livi Birch), living in an abusive foster care home, tags him as her father out of faith, and because of a photo left by her deceased mom. It’s a tough sell to social workers, but ultimately Tulsa ends up in Tommy’s charge. It’s really her running the show, clearing out the booze and dragging Tommy to church – Birch is something of a firecracker. The rest of the film is limp, bouncing between somber drama and “Annie” raucousness. “Tulsa” has an earnest heart and aim, but its blocky woodenness and didactic messaging are no reason to rejoice. Not yet streaming.

Given it’s about childbirth and remorse, I’m reminded of the recently released “Pieces of a Woman.” Both films are well acted, but that latter film suffered from obscene banality; here writer/director Tara Miele keeps you on your toes with a nonlinear narrative that threatens to break the reality barrier. Adrienne (Sienna Miller) and Matteo (Diego Luna) have a newborn baby. Adrienne wakes up one day and seems to be having an out of body experience. Is she dead? Why is her mother (Beth Grant) taking care of the baby? The plot keeps folding in on itself. The answers might not be as sharp and smart as you’d like, but the disjointed trip there is worth the price of admission. Available on demand.

The film industry lost a true gentleman and a talented filmmaker when Michael Apted passed this week. Defined by his “7 Up” documentary series, his CV might not be as crazy as that of Andrey Konchalovskiy, but it is more eclectic. Who else can say they worked with John Belushi (“Continental Divide”), Sting (“Bring on the Night”) and Jennifer Lopez (“Enough’)? Other Hollywood hits included “Coal Miner’s Daughter” (1980), “Gorillas in the Mist” (1988), “Nell” (1994) and this Russian (Shot mostly in Finland) espionage thriller penned by Dennis Potter and starring Willam Hurt, Lee Marvin and Brian Dennehy – a cast worth seeing no matter who’s helming the project. The film’s more about character studies than about the murders a Moscow police officer (Hurt) must solve. I had the professional honor and privilege to host an evening recently with Apted at the Kendall Square Cinema (pre-Covid) for a screening of his last film, “63 Up.” On Amazon Prime, Sling and on demand.