Coronavirus edition, XLIV: Films to shelter with, from an Ivory Coast prison to a battle in the air 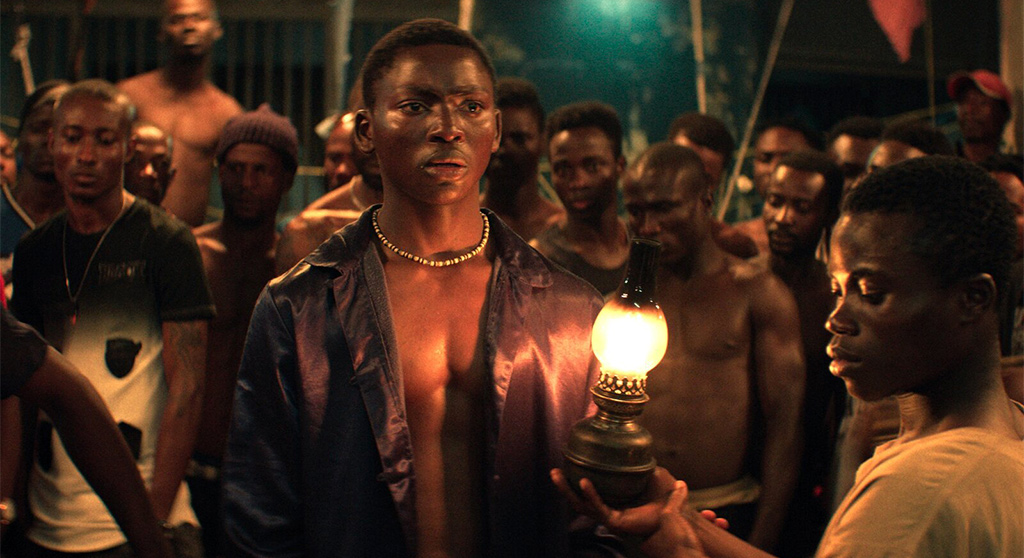 Coronavirus edition, XLIV: Films to shelter with, from an Ivory Coast prison to a battle in the air

Philipe Lacôte’s Ivory Coast prison movie is a prison movie unlike any other. The setting is the infamous West African facility Maca, which Lacôte recreates as a no cells, no walls community run by the inmates. The backbone to the film is something liberating: dance battles between opposing factions that tell personal narratives. If you’re thinking “West Side Story” (1961) or Gaspar Noé’s “Climax” (2019), there are shades of that, but the performances take the performers (and the viewer) out of the clustered confines and back to their villages or the open plains, to their time before Maca. If it sounds fantastical, the harsh, violent reality of prison always looms, be it another inmate coming for you or the guards who keep order by taking potshots into a crowd when things get heated. Not yet streaming.

Phyllida Lloyd, the hand behind the cheesy fun “Mamma Mia!” (2008) and the more serious “The Iron Lady” (2011), which netted Meryl Streep an Oscar, stays on target here with this tale of female resolve. The setup’s simple: Sandra (Clare Dunne) splits from her abusive husband, Gary, (Ian Lloyd Anderson) with her 6- and 8 year-old daughters. The liberation would seem a win, but the Dublin housing authority and Gary’s manipulation of the court to paint her as a bad mother throws up roadblocks and setbacks. The film’s not so much about domestic abuse or the inequities of a system, but the drive of a woman trying to gain a foothold and be a good mother despite those injustices. Dunne, who cowrote the script and has a light CV to date, imbues Sandra with both vulnerability and can-do without cliché. The film overall affects in slow, subtle ways, and should bring more attention to director and lead. Not yet streaming.

Zachary Capp, a recovering gambling addict and onion ring fan, sets out to make a documentary about small town fry master Larry Lang, whose secret family recipe attracts the hungry from across state borders. The film ultimately becomes about Zach, who gets too involved with Lang, a simple aging man who’s never been on a plane, promoting him and his product and getting him to make his golden, crispy rings for the band Kiss and the Las Vegas Raiders football team. In the end the film becomes a contemplation about how much a filmmaker manipulates a subject for their own ends. That criticism is leveled initially at Zach but becomes something more meta as directors Molly Dworsky and Dave Newberg, like Zach, end up onscreen and in the action, perhaps stirring the pot for their desires as well. It all falls inward as the reluctant Lang, under the pressure that Zach and the filmmakers bring, has something of a breakdown. It’s an alluring minor train wreck to take in, and you can almost taste those amazing rings. Available on demand.

One of the zaniest serious goes I’ve seen in a while. I’m not sure if the film is done tongue-in-cheek or not, and it doesn’t much matter. Remember that 1963 “Twilight Zone” episode with William Shatner, “Nightmare at 20,000 Feet,” in which a gremlin is ripping apart a plane wing and no one believes Captain Kirk? Okay, now replace him with Chloë Grace Moretz (“Kick-Ass”) in the gunner turret of a World War II B-29 bomber combating Japanese Zeros in the South Pacific. It doesn’t quite start out that way: Moretz’s flight officer Maude Garrett, new to the crew and sitting in her remote compartment, takes in some highly misogynistic sexual banter about what she can do for the crew and they to her before announcing she’s also on the airwaves. It’s an uncomfortable moment, and the male anger that teems is so hostile, you feel she’s imperiled – even before some Zeros come a-strafing. Then there’s the mysterious, top-secret package Maude’s brought on board and that pesky “shadow in the clouds” that she sees but no one else does. It’s all over the place and downright entertaining, in a weird, off-kilter kind of way. Available on demand.